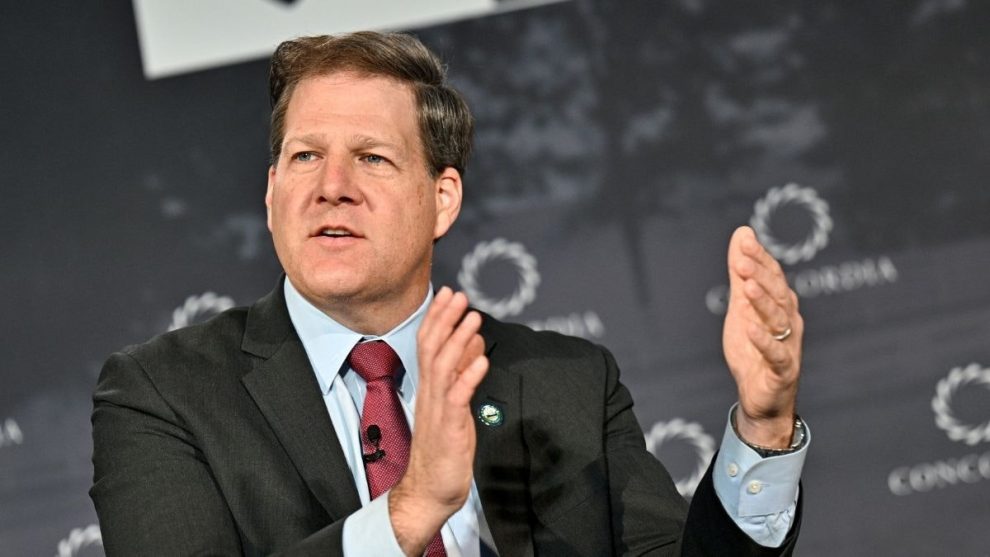 Appearing on NBC’s “Meet the Press” Sunday, Sununu was asked to explain his support for U.S. Senate candidate Don Bolduc, a Republican running to represent New Hampshire whom Todd labeled an “election denialist.”

Sununu fired back, slamming Todd as out-of-touch for suggesting voters should emphasize the 2020 election results and so-called “threats to democracy” over heating their homes this winter or putting food on the table.

“Why are you supporting an election denialist, and do you think the inflation issue is enough to sort of rationalize support for somebody who thinks [that way]?” Todd asked.

“I love you, Chuck, but you are in a bubble if you think anybody is talking about what happened in 2020 or talking about Mar-a-Lago and all that,” Sununu replied. “I know the press loves to talk about it, but people are talking about what is happening in their pocketbooks every single day, when they have to buy groceries, or fill up gas.”

“Look I get that Governor,” Todd cut in. “Should they be?”

“The beauty of the American system is that every voter has the right, and almost the responsibility, to be selfish with their vote, to vote for what is best for themselves and their family,” he continued. “That’s exactly what’s going to happen in a week…because frankly, folks that think the average voter is worried about 2020, it’s a serious issue, of course, but it’s not what people are going to be voting on in the next week.”

See also  There Will Be Blood: GOP Civil War Just Getting Started

Pressed on the question again, Sununu stressed that “threats to democracy” are important issues that need to be addressed, but voters should absolutely be concerned with more pressing local issues and the economy.

“It’s 35 degrees out [in New England],” Sununu said. “Folks are filling up their 270-gallon [home heating oil] tanks, and it’s costing them ($1200-$1300). Kerosene is limited because there’s no incentive to create more natural gas or more fuel for this country, and that should be our priority: keeping people warm this winter.”

Even in NBC News’s own polling, Americans were more likely to say that economic issues and inflation were the country’s most pressing concerns. According to an NBC News poll conducted earlier this month, a combined choice of 35% of Americans considered “jobs and the economy” as one of the most important issues; another 29% said it was the “cost of living.” Just 30% considered “threats to democracy” a pressing issue.