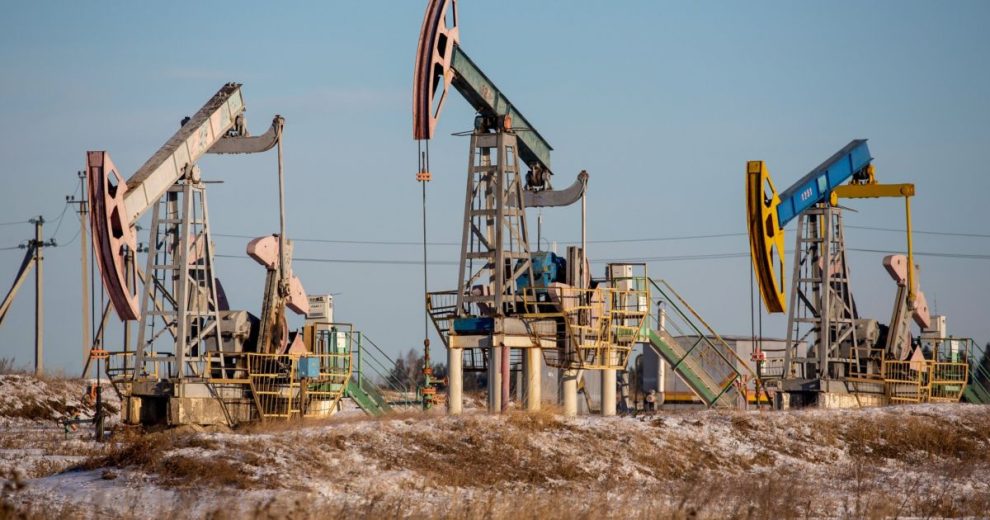 The White House on Sunday rejected the argument that increasing domestic oil production would help lower gas prices, as the cost of oil moves toward record highs.

Crude oil prices rose as high as $130.50 a barrel on Sunday evening.

“It’s a reminder that real energy security comes from reducing our dependence on fossil fuels,” Psaki wrote, noting that Russia’s continued invasion of Ukraine was causing a spike in oil prices.

When it comes to U.S. energy production – and how we achieve energy security – it’s important to look at the facts. So here are 9 specifics..

She argued that domestic oil production was up after the coronavirus pandemic but that the United States was still vulnerable to global oil markets.

“[D]omestic production has not insulated us from the price volatility of fossil fuels or the whims of those who control them, such as President Putin,” she said. “Americans know that.”

But Psaki argued the only way to truly be free from high gas prices was to stop using oil.

“The only way to protect US over the long term is to become energy independent,” she wrote, pointing to Biden’s efforts on subsidizing wind and solar energy.

7. Despite all this, even at this scale, domestic production has not insulated us from the price volatility of fossil fuels or the whims of those who control them, such as President Putin. Americans know that.

The Biden administration continues to struggle to explain the president’s decision to end the Keystone XL pipeline project, his effort to shut down drilling permitting on federal land, and his decision to suspend drilling leases in the Arctic National Wildlife Refuge.

In his State of the Union speech, Biden acknowledged that gas prices were rising, but offered subsidies for an electric cars as a solution.

He called for Congress to help him “lower the price of electric vehicles, saving you another $80 a month because you’ll never have to pay at the gas pump again.”

Biden also said he would continue releasing oil from America’s Strategic Petroleum Reserve, even though it failed to significantly affect gas prices.

“I know the news about what’s happening can seem alarming,” he said. “But I want you to know that we are going to be okay.”