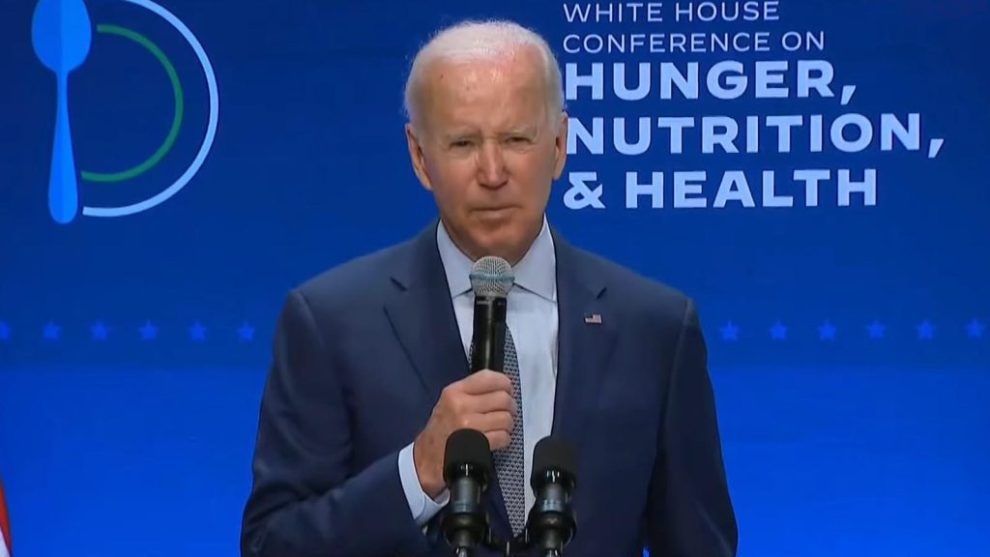 here’s a new report about the coming Cabinet shake-up being eyed by the White House after the November midterms.

Among the people who the report is pointing to as likely to get the boot are Treasury Secretary Janet Yellen and Brian Deese, the director of the National Economic Council.

The decision is not final and is expected to hinge on the outcome of the midterm elections, sources familiar with the matter told Axios. Yellen’s successor will need to be confirmed by the Senate, posing a challenge if the Republican Party takes control of the upper chamber. [….]
Deese, speaking at the Economic Club of D.C. on Tuesday, said he had “no plans to leave” the Biden administration.

“I’ve got my head down, and I’m certainly fully, fully absorbed in the work we’re doing,” Deese added.

The White House did not respond to a comment request.

But both Deese and Yellen have been horrible in their respective positions, giving all kinds of ridiculous wrong takes on inflation over the past year. They kept trying to avoid saying it was happening or insisting it was “transitory.” When they can’t even honestly accept what is right in front of them, how can you expect that they would do anything competently about it?

Even CNN’s Wolf Blitzer pointed out how wrong Yellen was about inflation to her face.

"It wasn't just the president who got it wrong."

I don’t think I’ll ever forget Brian Deese saying if you didn’t include meat, the prices wouldn’t be that bad. He also said that the high inflation was the reason that they needed to pass more spending bills. But perhaps one of his most famous comments was how we all just had to accept the higher gas prices which they blamed on the war in Ukraine because “This is about the future of the liberal world order and we have to stand firm.”

CNN asks WH's Brian Deese what he'd tell Americans who can't afford to pay high gas prices for months/years if military analysts project the Russia-Ukraine war to go so long
Notes progress but also: "this is about the future of the liberal world order and we have to stand firm" pic.twitter.com/vlY2I5v2Xs

Council of Economic Advisers chair Cecilia Rouse is also reportedly going back to academia, so she would also be out.

But while Deese and Yellen are awful, the problem is more than just the people — it’s the policies.

According to the Axios report, they don’t like the fact that Yellen hasn’t always agreed with them. So it looks more like they may want to get someone who walks in complete lockstep with them. But if they were to try that move, they might also have to get a new person past a Republican Senate if they do it after the midterms.

The report mentioned that they might be replacing Deese with the guy who is the present coordinator for the implementation of the American Rescue plan, Gene Sperling. Talk about another bad choice, but yes, he’s perfectly willing to say anything to promote their narrative. He’s even less credible than Deese if that’s possible. Remember this infamous moment as John Roberts tries to hold it all together and not just laugh right in this guy’s face with the malarkey he was trying to sell.

"People just want to know what the plan is."

So they can dump Yellen and Deese, but unless they do a complete 180 on all their failed policies, it’s not going to help anything. The problem too is it all flows down from the top, and whoever is truly in charge here needs to go, to have any real change.