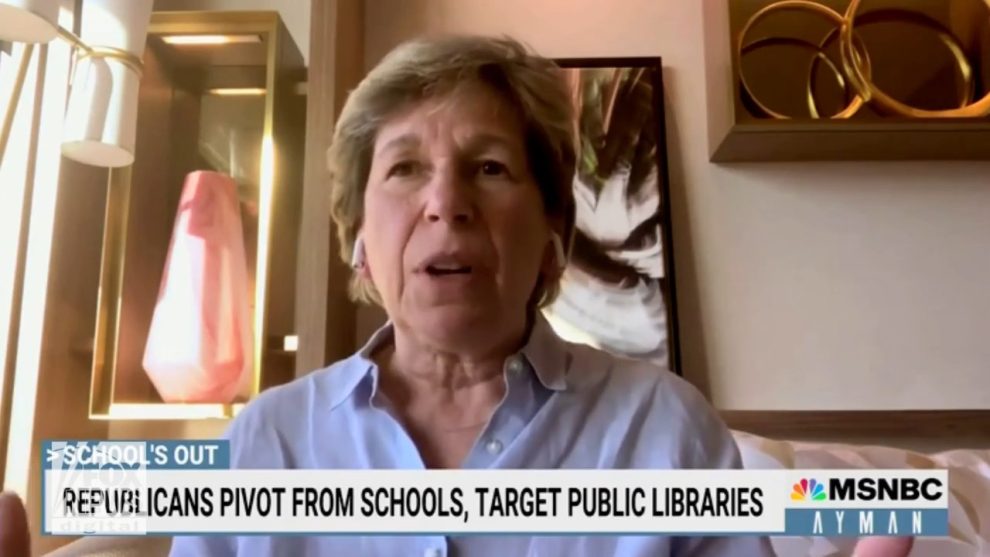 In an interview with Semafor, former Secretary of State Mike Pompeo said “Ihe most dangerous person in the world” was Randi Weingarten.

“It’s not a close call,” he said. “If you ask, ‘Who’s the most likely to take this republic down?’ It would be the teacher’s unions and the filth that they’re teaching our kids.’”

Weingarten said, “It was both ridiculous and dangerous, but more than that, it was pathetic in that he is attacking teachers. The piece I found most dangerous and pathetic was when he called what we do filth. We know what code that’s about.”

She continued, “What’s happening in terms of teachers is that this fear campaign calling us groomers like DeSantis did, give me a break. Then saying we’re so, so important, and yet we’re trying to convince kids to change their sexes? Again, another smear.”

Weingarten added, “The real issue for teachers is that it’s making our jobs harder. It’s making it harder to lift kids up, to create empathy, to create a safe and welcoming environment. It’s scaring the bejesus out of people because, you know, when people go after me, they feel like what’s going to happen to them? And these are the folks who are at the core with parents of helping kids have a future to critically think to get their mojo back. So if I sound really angry, I am.”

She concluded, “They spent $50 million against trans kids in this last election. How dare they? And you wonder what just happened in the club in Colorado? So what’s dangerous is their rhetoric. What is demonic is their rhetoric. The fact they think this is going to get them the Republican nomination, I think Republicans are better than this.”