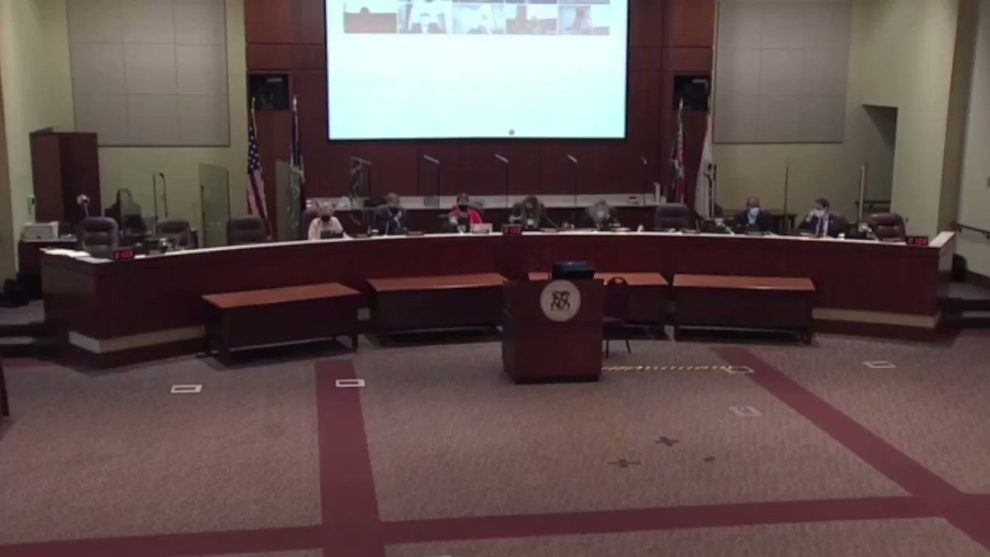 In 2020, Cherokee County, Ga., voted for President Trump by a margin of nearly +30. It is full of families where men do the muscular jobs and own businesses that keep the lights on, the internet humming, and the toilets flushing. It has also seen a steady influx of white-collar professionals with young families fleeing the chaos leaching out of Atlanta. Residents fly American flags in the county as a matter of course.

There are more churches than bars, and high school football on Friday nights is still a thing. Yet viral video of a Cherokee County mom has surfaced. Many people who live there would be shocked to learn that the video below came from their local school board’s March 17 meeting. The parent alerted school board members to explicit content from a book available to students called Homegoing and got cut off by one of the members.

WATCH: Cherokee County School District Chairwoman says a parent is “out of order” for describing sexually obscene material that the district gives to students.

The woman begins by explaining that the process for removing a book is expensive and lengthy. The current wait time for a review extends to November of 2022, and until the inspection is complete, the book in question stays in the school. One member of a 20-person committee can object to the removal, allowing the content to remain permanently. A student on the appeals committee is objecting to removing Homegoing because it is on a reading list for an advanced placement (AP) class. AP is a national testing program, which should alert all concerned parents.

The process allows a student body member, which the procedure aims to protect, to object to removing a book that includes explicit content. Apparently, the policymakers in Cherokee County never read Lord of the Flies. Or that the holes in the policy, which are akin to leaving a toddler in charge of the cookie jar, are intentionally meant to ensure questionable content remains in the school. To think that a child will help remove a book with content adults object to in an environment rife with peer pressure and curiosity is rank insanity.

Then the parent reads an explicit passage from the book, at which point a board member, Patsy Jordan, cuts her off. The member lectured her that children could be watching the meeting, and the selection was inappropriate under those circumstances. Incredulous, the mom shot back, “Don’t you find the irony in that? You’re saying exactly what I’m telling you. You’re giving it to our children.” It seems the concept of irony is lost on the current Cherokee County School Board.

When I spoke to the parent, she indicated that the excerpt she read was one of the least-shocking she could have selected. She has observed parents bringing explicit content to the attention of school board members since approximately November 2021. When she followed up with those parents in January 2022, the mom found out that students still had access to the books the parents had highlighted. A group of concerned parents then began reviewing an extensive list of books. The mom who spoke reports that they have been utterly disgusted by what they found.

One book is The Glass Castle by Jeannette Walls. Parents alerted the district to a shocking profanity list that included racial slurs and the degradation of women. According to the assessment by the parents, the content also contained:

After hearing the explicit content read at the March meeting and receiving numerous emails about explicit content found by parents in the Cherokee County libraries, Chairwoman Kyla Cromer – defended keeping it available. Cromer said concerned parents did not have the right to restrict content for all children. That is one perspective. Another could be that parents who want – -their children exposed to the explicit content can buy it themselves and have no right to require that everyone’s children have access to it.

Interrupting a school board member is verboten, yet the members have no problem interrupting and shutting down parents like this mom during their allotted speaking time. One frustrated parent piped up while Cromer spoke and said the board members should be arrested. Cromer then threatened to have the individual removed.

According to the mom who spoke, police officers approached the individual who interrupted and escorted her out of the meeting room:

As in other communities around the country, Cherokee County parents are not content to be dismissed. Four seats, a majority of the board, are up for grabs this November in what many predict will be a red-wave election nationally. Concerned parents have recruited four candidates to challenge the current members. Under the slogan “Four Can Do More,” they are running as a team. Long-time local activist Jim Murray said, “This is the hardest working group of candidates and supporters I ever worked with.”

Candidate Sean Kaufman finds the district’s refusal to apply simple tools for parents frustrating. He has suggested a rating system similar to movies and song lyrics so parents can monitor the content their children get exposed to. The mom who read the excerpt agrees that parents need more information and notes that she has to provide permission for her children to view movies rated PG in the classroom.

The parents and candidates are receiving national support from the 1776 Project PAC. Ryan Girdusky, the founder of the PAC, gave the team a full-throated endorsement, “What has been going on in Cherokee County is unbelievable, and the 1776 Project PAC felt the need to be involved. We are happy to endorse Cam Waters, Chris Gregory, Sean Kaufman, and Ray Lynch and will be working hard to ensure they’re victorious in the election.”

“This is how we’re going to save this country, one school district at a time,” he added.