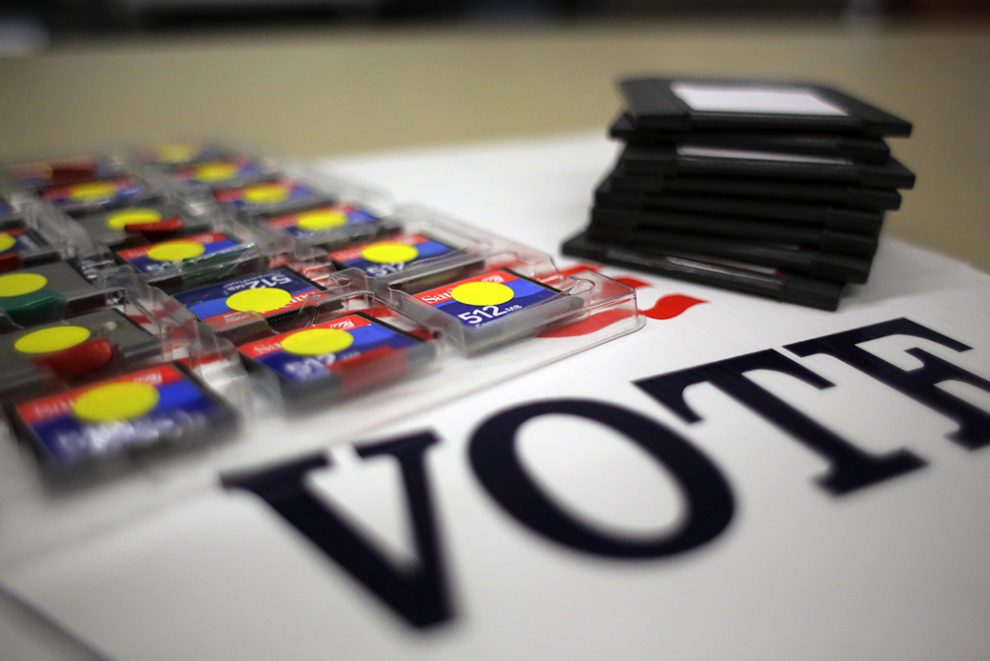 This week, Leftists and RINOs admitted, under oath, they changed the print settings, on election morning, so Republican votes would not be tabulated, on the one day most Republicans vote – and the Maricopa County judge said “…it wasn’t intentional.”

Not a word from Republican leaders!

Leftists and RINOs spent the last 40 years owning election machinery to end your right to vote – and they are about to finish the job.

This week, the Governor of Minnesota took the lead by planning to register, automatically, teenagers not old enough to vote. On election day, there will be tens of thousands of names, with little history, who can be voted by election commissions when needed.

Democrats are proposing laws making it a felony to question an election. Of course, they are!

Breitbart, Fox News and about every other mainstream-controlled opposition is cowed into submission.

Election commissions regularly add to election rolls, automatically, every person using any state service – even if that person has not requested to be an elector. Your illegal migrant, getting welfare or a driver’s license can be automatically added to the state rolls. What could go wrong?

While this is happening, hapless Republicans claim to have found the secret to election victory – get better at ballot harvesting or gathering.

This is the Republican Party that should provide pushback against industrial scale, sovereign, voter fraud. Unfortunately, they see the problem of floating ballots, they do not see, or do not choose to see, the problem of ever-expanding voter rolls with people who never chose to vote.

Working with Mike Lindell, we currently run the voter rolls for a dozen states and have the data for several more. In every case, the number of “voter registration anomalies” is from 5% to 18% of the voter roll.

Try the 41 voters registered in a hotel in Missouri. How about the registered voters in the Harris County, Texas prison? Examples are so numerous we have a website www.Omega4America.com to cover them.

When most, probably all, states have a float of anomalous voters from 5% to almost 20%, an election commission can control the election outcome for any close election. Elections are mostly close today.

We find “sleepers.” These are the silent voters who never voted before – even though they are on election rolls for a decade – but when needed they jump to life and vote. After the 2020 election, several states ran the query: show all voters, on the voter rolls 4 years or more, who never voted, yet voted in 2020.

The response, delivered with Fractal technology, was in the hundreds of thousands.

Nobody claims these were fraudulent. Neither can anyone claim they were all valid – particularly since so many lived in hotels, churches, prisons and scores of other addresses which cannot house a valid voter.

This happened in every swing state. The one constant: they never win elections for a Republican. Go figure.

The Fractal team and three state voter integrity teams, Nevada, Florida and Wisconsin met late in 2022 after realizing fake voters, found by the hundreds of thousands, in Republican and Democrat states, when challenged, were mostly kept on voter rolls.

In several glaring examples, college frat houses with 106-year-old, active, registered voters were just fine with the election judge. I personally showed dozens of registered voters, each over 1,900 years old, to the Secretary of State of a red state, and he saw no problem.

This, people, is the terrain.

The end of free, fair elections is in sight.

We are one national election – 2024 – away from ending election-based choosing of the government – and turning freedom over to election commissions with phantom voter rolls and jiggered printers – controlled by Leftists.

The teams in Nevada, Florida and Wisconsin spent two years deep in voter rolls and they, and we, are delivering a hopeful solution.

Paraphrasing Albert Einstein, one cannot solve a problem with the same technology that created it.

Our teams are building a family of processes to clean voter rolls, real-time, think daily and weekly, at the county level, using government data to challenge government data.

We ingested the property tax rolls for several large Texas counties and reconciled them with voter rolls. We showed, with a single click, thousands of registered voters living in clearly invalid addresses – hotels, laundromats, prisons, flower shops and a Mongolian restaurant.

Armed with government data, election integrity teams go to the county registrar and demand either the county tax record be changed to a residence and taxed as such (lower tax) or the county voter roll be amended and this voter challenged.

This is called government data reconciliation. You cannot be one person on a voter roll and a different person on a tax roll – at the same time.

This was computationally impossible with current SQL, relational technology. Taking tax rolls with thousands, to millions of addresses, comparing them with equally large voter rolls would take weeks to process and cost millions.

With Fractal technology, our team does it with a single click, delivering the data to a tablet or phone, in seconds, while the voter integrity person sits in front of the county tax recorder or the voter registration clerk.

We were asked to do an expert witness report for the Kari Lake election. The attorney told us we could not “…do another Matt Braynard.” By that he meant, the data had to be perfect, accurate, and not able to be challenged.

Using Fractal technology, we take government data, property tax records, the gold standard in address validation and compare them with election rolls. This isn’t done once. It is done constantly. It is impossible to challenge – it is their government data, real-time, showing things don’t reconcile.

The result is a constant back and forth of voter registration rolls with property tax records. Around election times, when Leftists add thousands of new voters, the Fractal system checks every one of them against the property tax roll – constantly, real time.

A major bucket for ballot gathering is mailing to undeliverable addresses. These can be apartment buildings with no unit number designated. College dorms with mail sent to recently graduated students is another.

The Federal Election Commission database, cross-searched, shows “contribution mules.” Those are the retired person, living in a modest home, making 6,000 contributions a year to candidates. Want to guess to which party?

We cannot stop election commissions from changing print settings but we can keep them mostly honest on election rolls by reconciling one government database with another and forcing the government to make them match – constantly.

Let’s see how many counties want to tax that Mongolian restaurant as a residence since their voter registration rolls show 20 voters live there?