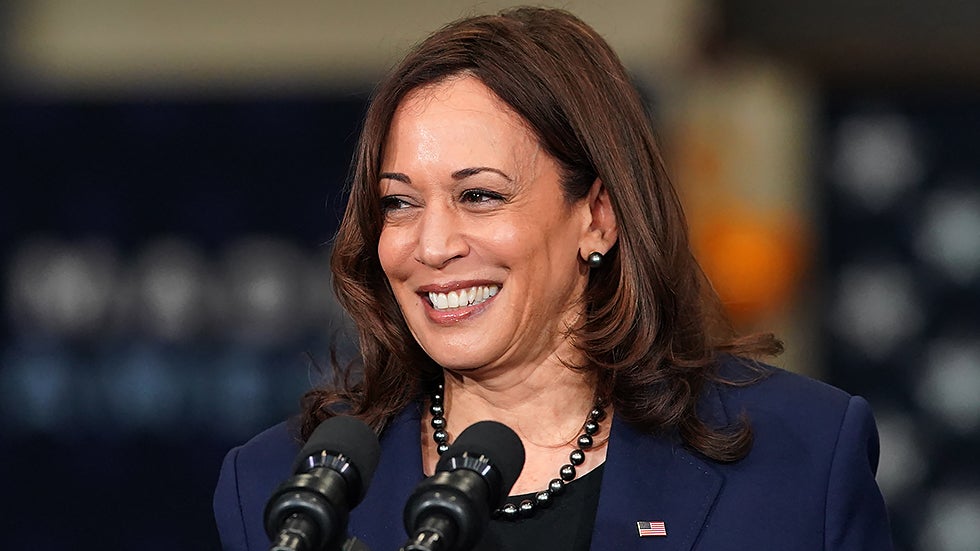 On Wednesday, Vice President Kamala Harris arrived in Las Vegas on Air Force Two. She was taken to the MGM Grand where the United Steelworkers Convention was being held, making remarks about the inflation spending bill for about 20 minutes. Later, she had a closed-door meeting with Nevada’s most powerful union, the Culinary Worker’s Union aka UNITE HERE! before cackling her way through sampling union-made dessert pastries, in the Right-to-Work state.

But, this wasn’t your run-of-the-mill union-shop pit-stop. Harris is traveling the country in what Politico has dubbed, the “How Dare They” abortion tour. Harris has been working the abortion angle as a wedge issue ahead of midterms after Roe was overturned by SCOTUS. According to the White House, Harris has met with legislators from 17 states on the pro-choice issue and held a round-table discussion on Monday with “leaders” from universities around the country:

Even though state-level laws are the exact opposite of the VP’s job description, Harris thought she should continue her abortion-roundtableing in Nevada, which is pretty daft. Abortion has been a settled issue for the last 32 years in Nevada since voters added it to the state constitution in 1990. Two bi-annual legislative sessions ago, the Trust Nevada Women Act was passed in 2019, striking language which was touted as “antiquated” from the state’s statutes.

Among the common-sense protections that were nullified was a requirement for age verification. Of course, age verification is only an important protection for a select population: children. While the state’s most populated city of Las Vegas serves as a sex-trafficking hub, now child victims presented for abortions can be forced to lie about their age to protect their abusers, or simply never be asked by medical professionals at all.

While I’ve personally taken issue with that dangerous re-write of the law since before its passage, the local media has been mum. But, while Harris was celebrating, three years late to the party, they said the quiet part out loud:

We should definitely find out the ages of children seeking abortions in a sex trafficking city. Duh.

Nevada is a state that is considered purple with elections being decided by non-partisan and third-party voters. Last year non-major party voter registrations surpassed both the Democrat and Republican numbers on the voter rolls. While the absence of many notable Democrat figures to the VP visit was addressed as scheduling conflicts, it may suggest that embattled incumbents don’t think a dead issue is what economically afflicted Nevadans will be voting for in November.

Yet, Democrats don’t just have a working-class problem in Nevada: They have an issue with swaying Hispanic voters, too.

“Nevada went from three-tenths of percentage more Democratic than the nation as a whole in 2016 to 2 points more Republican in 2020.” Nevada Democrats’ margin among Hispanics dropped by 8 points between those two elections, and the decline “was driven almost entirely by working-class Hispanics.”