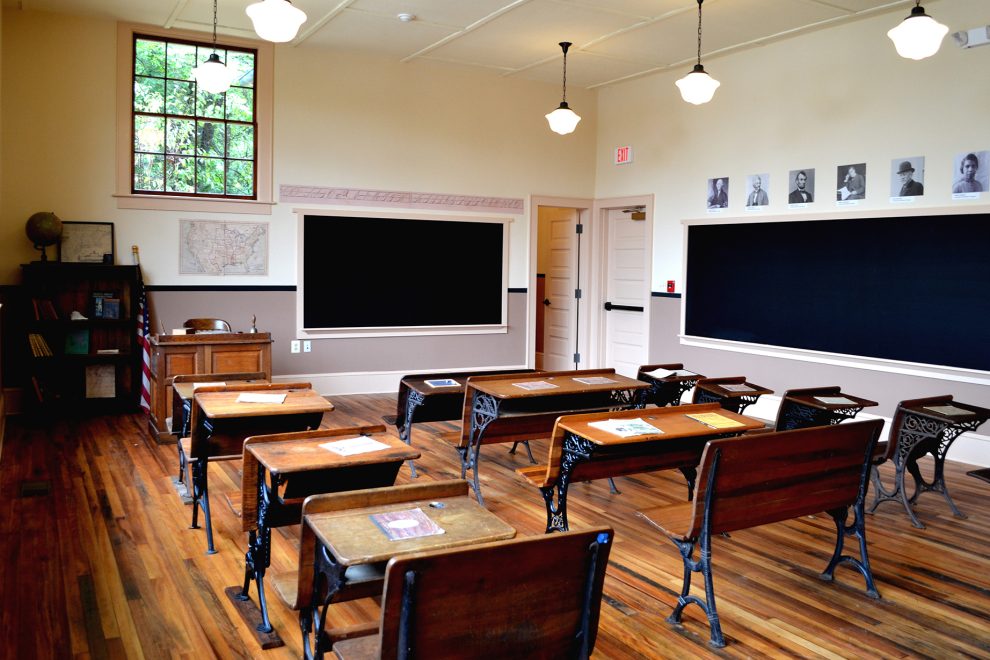 A good friend of mine closes all of his emails with this line:

UNEXPECTEDLY: ADV. FREQUENTLY USED BY PEOPLE WHO DON’T KNOW WHAT THEY ARE DOING, TO DESCRIBE UNPLEASANT EVENTS OR SITUATIONS THEY HAVE CREATED.

That definition kept going off in my brain as I read this next story about the dire straits in which the public education system finds itself. According to a Washington Post story headlined, Trust in teachers is plunging amid a culture war in education; the more parents know about public schools, the less likely they are to support them.

New polling suggests that fierce debates over what educators should be allowed to do and say in classrooms, an ascendant parents’ rights movement seeking control of what children learn at school, recent criticism of teachers from conservative lawmakers and news outlets and the lingering aftershocks from the pandemic have all sapped public confidence in the teaching profession.

In January, a Gallup poll found that Americans’ belief in grade-school teachers’ honesty had dropped to an all-time low, with 64 percent of adults reporting they believe those instructors are truthful and have ethical standards, down from a high of 75 percent in 2020, during the tensest days of the pandemic. In July, another Gallup poll found that just 28 percent of Americans have “a great deal” or “quite a lot” of confidence in public schools — the second-lowest this figure has been since Gallup began asking this question in 1973.

One of the most significant findings was not that barely a quarter of Americans had any confidence in public schools; it was that they couldn’t marshal a majority approval by the Democrat core constituency.

An additional fear is that as arguably more parents want their kids to grow up to run an OnlyFans site or turn tricks at the Greyhound station site than want them to be teachers, the profession may be nearing a point of no return.

Meanwhile, a historically small slice of U.S. adults — 37 percent — say they want their children to become teachers, according to the 54th annual PDK-Gallup poll, marking the slimmest recorded percentage since the poll launched in 1969. Albert Chen, acting CEO of PDK, a global association of education professionals, called the number “depressing.”

The article resembles the kind of conversation you’d have with a hard-core alcoholic or drug addict. It is all about all the bad things happening and people screwing them over, and there is never a nanosecond of introspection on why that might be, nor is there any consideration that they may be at fault.

Analysts trace the falling respect for teachers to several causes: First, parents were able to pay closer attention to what their children were learning during virtual schooling in the pandemic’s first year, when they could sit in on a class just by peering at their children’s screens over their shoulders. Many parents soon discovered they did not like what they saw, deeming the lessons overly focused on issues of race, racism, topics such as gender fluidity and gender identity, and the parts of U.S. history where the country failed to live up to its ideals, said Rick Hess, director of education policy studies for the conservative-leaning American Enterprise Institute.

“For a large number of Americans, when they look at what schools are doing and the messages that are being sent by advocates of public education,” Hess said, “it sounds like these folks are pushing agendas and values that feel alien, feel destructive, and it winds up eroding their faith in the profession as a whole.”

Second, right-leaning politicians and pundits found it could be politically advantageous to blast teachers. Virginia Gov. Glenn Youngkin (R) swept into office by campaigning to eradicate certain ways of talking about race and American history from the state’s schools. One of his earliest acts as governor was to set up a tip line allowing parents to report teachers for inappropriate behavior. In Florida, Gov. Ron DeSantis (R) has scored political points, and support for a presidential run, by passing a host of laws restricting how teachers can talk about race, racism, history and LGBTQ issues.

Hmmm, is that right?

A 5th grade teacher in @NPSD allegedly lined up students according to their skin color and made the white kids apologize to the black kids pic.twitter.com/jqTypGRFzi

Americans are losing faith in their schoolteachers.

I don’t know why anyone would be concerned about the messages their child receives at school or think teachers might not be on their side. I can’t imagine why that would be.

The stakes, experts said, are high. If Americans do not trust teachers, those with resources may pull their children into private schools, endangering public-school funding, which is tied to enrollment

This is only partially true. Most school funding is tied to property tax levies, with a small portion dependent upon enrollment and attendance. So if a kid is pulled out of public school, the school doesn’t actually lose money. It simply doesn’t get paid for a service it does not provide.

Notice what’s missing here? At no point in the story is concern expressed for the children they are failing, just for the ability of public schools to get their hands on your money. It isn’t an accident.

The story ends with this vignette that I guess the reporter really thinks hammers home his point about noble educators, the stupid, unwashed parents, and their moronic gits who stand in the way of Education Utopia.

Willie Edward Taylor Carver Jr., who is gay, was named 2022 Kentucky Teacher of the Year by his state education department after more than a decade teaching English and French to high-schoolers in Mount Sterling, Ky. Shortly after he won that honor, a small group of adults began showing up to board meetings to call him a “groomer” and suggest that the Gay-Straight Alliance club he headed was “some sort of sex cult,” Carver said. One of the adults, a woman, also began sharing screenshots from his private Facebook and trying to publish information about his former students, he said.

Dismayed, miserable and frightened, Carver quit his job in June.

“The impulse on the part of a very small group of people in rural places has always been to accuse teachers,” he said. “But they’ve been on the outskirts of normalcy and polite society for at least the last 20 years.”

Schools shouldn’t be in the business of promoting sexual activity by students. On the other hand, if you get your kicks hanging out with high school kids and talking about gay sex, you have no right to be alarmed when parents are upset and or when you are, with some accuracy, called a “groomer.” Maybe quitting and starting an OnlyFans site is the best solution for you and the kids.

If you want to win back trust, try treating parents with respect. Maybe stay in your lane? By that, I mean don’t discuss transgenderism with fourth-graders or even with twelfth-graders; don’t give sexual advice to any kid; don’t teach kids that they are superior or inferior because of their skin color (that’s called being a racist); always keep in mind that they kid you’re teaching is not yours so don’t teach your values and beliefs. Just stick to the syllabus, and you’ll be busy enough.

For decades we’ve poured money into our public schools. Increased salaries and smaller class sizes have been rewarded by cratering test scores (see It Wasn’t the Pandemic That Set Our Reading and Math Scores Back By Two Decades), a focus on sex and race, a surfeit of administrators, and a massive sense of entitlement on the part of teachers and administrators who forget they are not the people in charge of every child’s education.

Despite my view that the reporter is addressing the wrong causes, I think the problem, if we choose to look at it that way, is real. The flight from the public school system has started, and it won’t be easy to stop. More and more states are adopting the more just “money follows the child” path rather than the “let’s dump all education money down a failing rathole” model we currently use. Charter schools and homeschooling will become the norm. The public school system will become a provider of last resort serving children with discipline problems, special needs, and those with parents who are too lackadaisical to find an alternative. The edifice of buildings and support staff and privileged educators will remain…for a while.