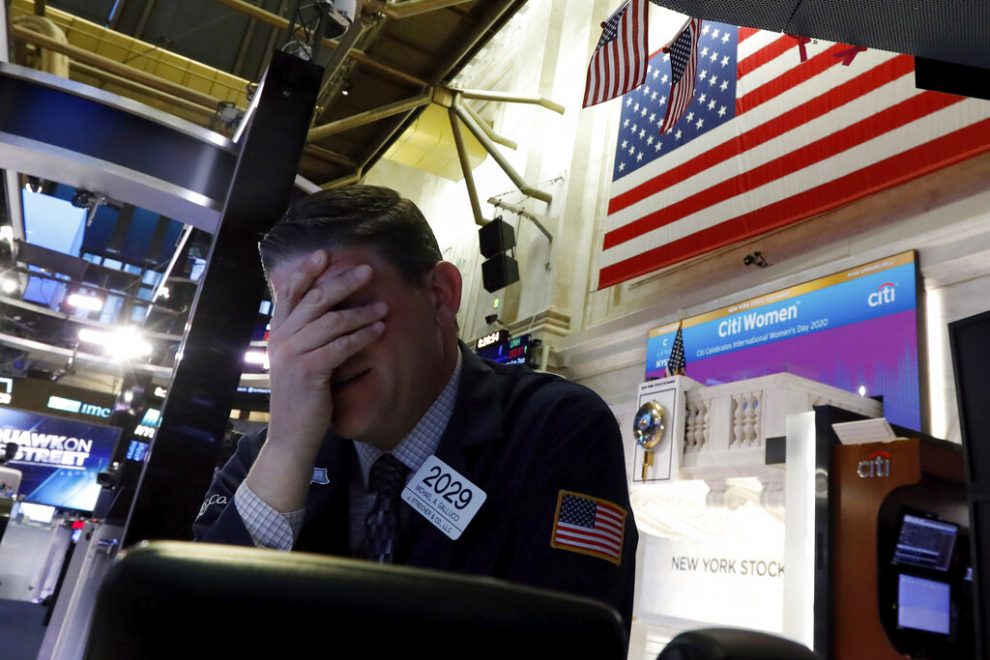 U.S. stock futures lurched lower Thursday as stock indexes around the globe plunged on renewed fears about the economic costs of the Wuhan coronavirus pandemic.

Futures contracts linked to each of the Dow Jones Industrial Average, the S&P 500, and the Nasdaq Composite once again hit the so-called ‘limit down’ thresholds, a rare event that occurred earlier in the week. These thresholds prevent new contracts from trading below 5 percent of the underlying indexes last close.

President Trump’s 30-day ban on most travel from Europe to the U.S. put renewed pressure on the price of oil and gave rise to concerns that operations of many global businesses could be hurt. In addition, just after the president addressed the nation from the Oval Office, the NBA suspended the professional basketball season, making the economic toll on the U.S. became more salient for many Americans.

What’s more, President Trump’s call for measures to bolster the economy fell short of announcing a program agreed to by Capitol Hill lawmakers. On Wednesday, many lawmakers in both the Democratic and Republican parties either rejected the president’s proposals or said they were unlikely to pass. That raises the prospect that any economic stimulus could be delayed by weeks or months, perhaps coming too late to stave off a recession.

Stocks were down sharply in Europe, with the major indexes in Germany, France, and the U.K. down by more than 5.5 percent. Asian markets were also down, with Japan’s Nikkei falling 4.4 percent the the Shanghai Composite dropping 1.5 percent.