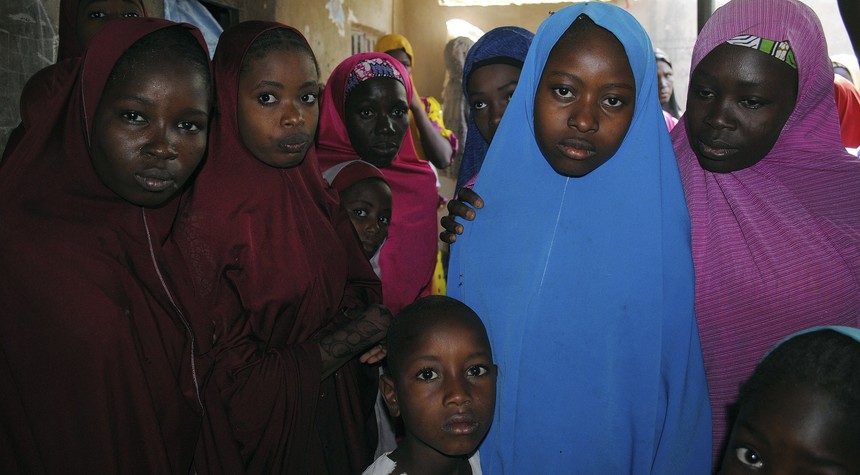 When the U.S. sends nearly unlimited arms willy-nilly to Ukraine with little or no oversight, no one should be surprised when some of that weaponry enters the black market and makes its way to various bad guys and scumbags around the world.

Nigerian President Muhammadu Buhari discussed the ongoing threat posed by terrorist groups at a Lake Chad Basin regional conference on Tuesday, according to a statement released by his office:

“It must however be stated that despite the successes recorded by the gallant troops of the [Multinational Joint Task Force] MNJTF and the various ongoing national operations in the region, terrorist threats still lurk in the region,” said Buhari.

“Regrettably, the situation in the Sahel and the raging war in Ukraine serve as major sources of weapons and fighters that bolster the ranks of the terrorists in the Lake Chad Region,” lamented the Nigerian president. He decried that “the arms and ammunition procured to execute the war in Libya continues to find its way to the Lake Chad Region and other parts of the Sahel,” then continued, “Weapons being used for the war in Ukraine and Russia are equally beginning to filter to the region.”

“This illegal movement of arms into the region has heightened the proliferation of small arms and light weapons which continues to threaten our collective peace and security in the region,” Buhari stated. He also noted, “The threat of Boko Haram terrorism in the Lake Chad area no doubt brought to the fore, the imperative of enhanced collaboration among the defense forces of the region in the face of a common aggressor.”

ZeroHedge commented on the situation, “Critics of the massive US weapons pipeline to Ukraine have long pointed out there’s no accountability or appropriate tracking once those arms enter the country, presenting ripe opportunities for criminals, terrorists, or lucrative black market arms sellers to take advantage.”

The U.S. and Western arms flooding Ukraine have been seeping out of the country and upsetting the neighbors for quite some time. In October, Finland’s national public broadcasting company Yle News reported:

Finland’s National Bureau of Investigation (NBI) said it has received preliminary information that criminals in Finland might have captured military arms, such as assault rifles, meant for Ukrainian forces.

“Three of the world’s largest motorcycle gangs—that are part of larger international organisations—are active in Finland. One of these is Bandidos MC, which has a unit in every major Ukrainian city,” he explained. “We know that contacts and routes are being warmed up, so that they’re in place.” …

“Ukraine has received a large volume of weapons and that’s good, but we’re going to be dealing with these arms for decades and pay the price here,” Ahlgren said.

The longer the war in Ukraine drags on, the more it destabilizes the rest of the world. Whether it’s American and other Western countries’ weapons winding up in the hands of bad guys or exacerbation of the shortages and famines caused by the Great Shutdown, Biden and Zelenskyy’s pissing contest needs to stop. If only the United States had some real leadership at this critical time. But instead, the tragedy of the feeble cipher foisted into the White House reveals itself in fresh hells with depressing regularity.