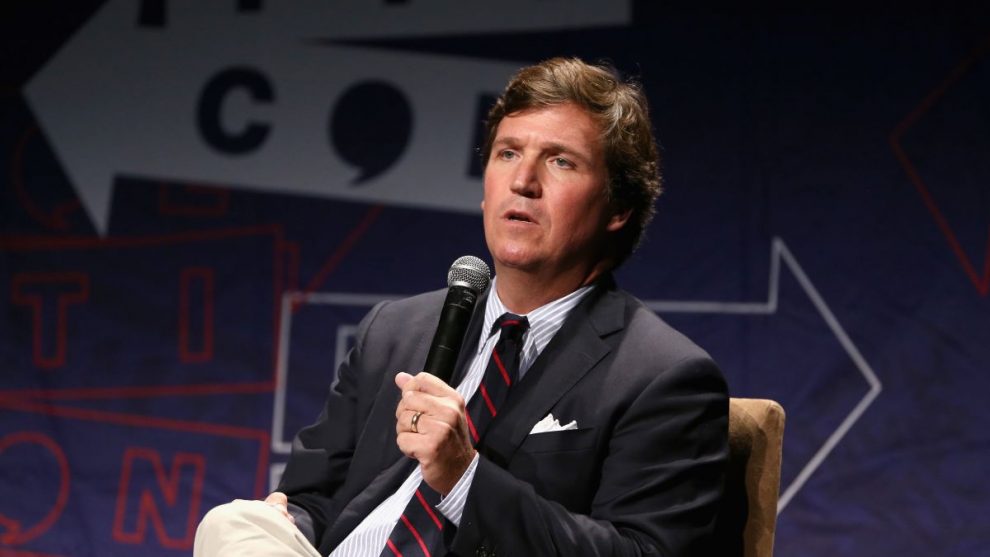 CNN anchor Brianna Keilar Friday on her show “Newsroom” offered her thoughts on the alleged controversy related to Fox News host Tucker Carlson’s comments about women in the military.

In a video from his show, Carlson said, “So we’ve got new hairstyles and maternity flight suits. Pregnant women are going to fight our wars. It’s a mockery of the U.S. military. While China’s military becomes more masculine as it’s assembled the world’s largest navy, our military needs to become, as Joe Biden says, more feminine, whatever feminine means anymore since men and women no longer exist. The bottom line is it’s out of control, and the Pentagon is going along with this. Again this is a mockery of the U.S. military.”

Keilar said, “The military at every level are rebuking Carlson because they are sexist and they are anti-military.”

She continued, “Active duty women and men skewered Carlson. It was extraordinary that they spoke up, but Carlson ignored that, trying to say he was focusing on making sure the military is strong.”

After playing a video of Carlson saying he wants a strong military, Keilar said, “If Tucker Carlson thinks that, then why is he actively trying to weaken it by denigrating essential members of the armed services for no reason other than that they are women? Maybe he doesn’t realize his comments are weakening the military. After all, he wouldn’t know a deployment from a trip to Nantucket or a rocket launcher from a lacrosse stick, but that’s what he’s doing, maligning pregnant service members.”

Regarding the flight suits designed to fit pregnant women, Keilar said, “The maturity flight suits, never heard of them. Most Americans have, fair. But most don’t use maternity flight suits as a springboard for a sexist attack. Uniforms and body armor that fit women, whether pregnant or not, an issue long documented. The air force introduced maternity flight suits before Biden came to the White House. If Tucker Carlson had bothered a basic search online for stories about it on Tuesday when he first made his asinine comments about pregnant women in the U.S. military, who would have seen that, but he’s not about the facts.”

She added, “Tucker Carlson’s predictable play was to make this about free speech. He is free to say whatever the hell he wants. He is free to wake up in the morning, figure out who he wants to insult and what nutso thing he wants to rant about to get the attention he seems to need. But keep in mind highest-rated show on the network is Carlson’s. He is Fox. As Fox tries to right its rating ship, it’s ‘Tucker-izing its other programs as well. Lachlan Murdoch said it out loud — his network the loyal opposition to the Biden administration. Well, he’s cool with his top-rated host acting like this to the rank and file of the U.S. military the network says it champions?”