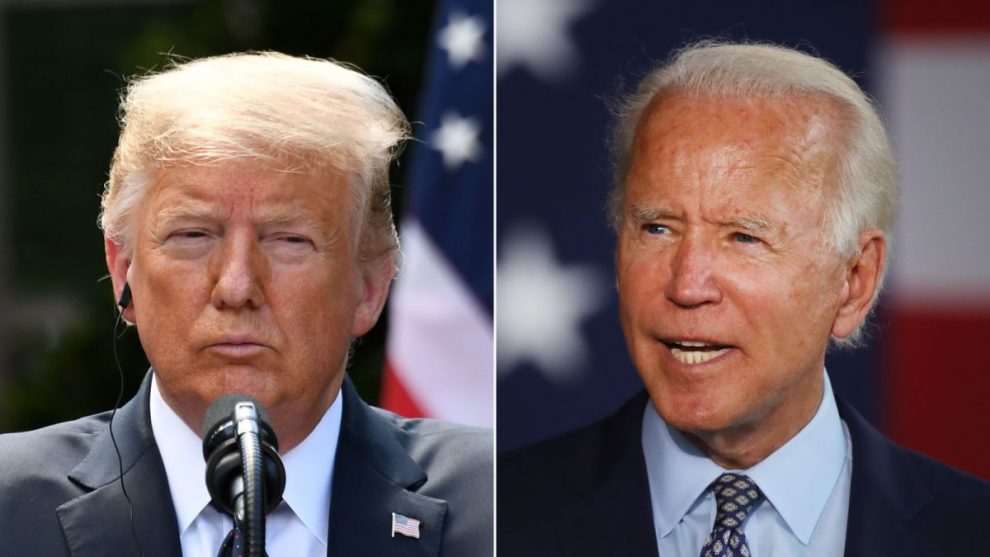 President Trump is stepping up his economic attacks on Joe Biden, seeking to regain strength on an issue once seen as his golden ticket to reelection.

A number of polls still show that voters on net approve of Trump’s performance on the economy, but some surveys now show his presumptive Democratic opponent with an edge on the issue over him as the coronavirus pandemic wreaks havoc on the economy.

Biden also has sought to press an advantage, and in recent days has rolled out his own economic proposals on how to bring about a recovery.

Trump and his allies are trying to convince voters that Biden’s plans would make it harder for the U.S. to recover while seeking to tie the former vice president and longtime senator to progressives and their economic proposals.

Their goal is to convince voters that a vote for Biden would empower more liberal Democrats and their ideas.

“Our entire economy, and our very way of life, are threatened by Biden’s plans to transform our nation and subjugate our communities through the blunt force instrument of federal regulation at a level that you haven’t even yet,” Trump said Thursday at an event outside the White House.

Trump and his campaign have focused their attacks on taxes and energy.

On Thursday, Trump noted the environment-related recommendations from Biden came from a task force set up by the former vice president and his main primary rival, Sen. Bernie Sanders (I-Vt.).

“Thousands of companies, plants, factories would be closed,” Trump said. “Under this dismal future, energy would be unaffordable for the vast majority of Americans, and the American dream would be sniffed out so quickly and replaced with a socialist disaster.”

The task force’s recommendations, released earlier this month, include rejoining the Paris Climate Agreement and working toward eliminating carbon pollution from power plans by 2035. The task force’s recommendation document says that “Democrats will lower families’ energy bills by making energy-saving upgrades to up to two million low-income households and affordable and public housing units within five years, creating hundreds of thousands of jobs and promoting safe, healthy and efficient homes.”

Trump’s campaign and the Republican National Committee also focused this past week on attacking Biden’s tax proposals, which have been released over the course of the former vice president’s campaign. The criticism on taxes coincided with Wednesday’s tax-filing deadline.

“[Biden’s] plan to raise taxes by $4 trillion would stifle the American economy, and it would devastate the recovery that we are beginning to see under the president’s leadership, even in the midst of this pandemic,” Vice President Pence said Wednesday on a call with reporters hosted by the Trump campaign.

Biden’s campaign disputes the GOP claim that his proposals would raise taxes on the middle class, saying they target the wealthy and corporations. Biden has said he won’t raise taxes on people making under $400,000.

The emphasis on criticizing Biden on economic issues comes at a critical time for Trump. The election is less than four months away, and the number of new coronavirus cases in recent days has been high.

Biden has held a consistent lead in national polls and also frequently leads in polls of key swing states. The RealClearPolitics average of national polls from June 27 to July 14 shows Biden with an 8.6 percent lead.

Additionally, some polls have shown that voters may be becoming more critical of Trump on the economy.

The July Quinnipiac poll also found that 50 percent of registered voters thought Biden would do a better job handling the economy, while 45 percent of voters thought Trump would. In the previous month’s poll, Trump had a slight lead on the issue.

Trump campaign spokesman Tim Murtaugh strongly criticized the Quinnipiac Poll, pointing to the fact that only 24 percent of respondents considered themselves Republicans.

An analysis released by Gallup last week, however, found that the percentage of Americans who identify as Republican or Republican-leaning has dropped this year.Republicans said it’s a smart move for Trump to be attacking Biden on the economy.

“Trump’s handling of the economy has been the one firewall with voters that he really needs to protect going into the election,” GOP strategist Ron Bonjean said.

Douglas Holtz-Eakin, president of the right-leaning American Action Forum, said he thinks the Trump campaign is working to focus on the economy because the president is more likely to lose reelection if the focus is on other issues, such as social justice or international relations.

“They clearly want to have this be a choice on the economy,” he said.

Americans for Tax Reform President Grover Norquist predicted that Trump would win a second term if he centers his campaign on talking about the economy and people’s savings in their retirement accounts.

“If the president can focus on this, and stays focused on this, he wins the election,” he said.

The Biden campaign argued that Trump is attacking Biden to distract from the fact that the president hasn’t contained the coronavirus and the economy is in bad shape as a result.

“While Joe Biden outlines the bold actions he will take to stop the pandemic and save the economy, Donald Trump and his allies are just lollygagging and launching desperate attacks to distract from the fact that Trump has done nothing for working families, small businesses, and American communities,” Biden campaign spokesman Matt Hill said.

“In November, we know that voters are going to pick Joe Biden because he is the leader who has overseen a massive recovery effort, prevented another Great Depression, and got Americans back to work quickly — and will do it again,” Hill added. 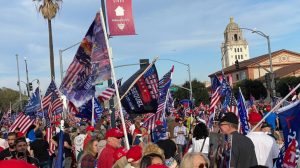 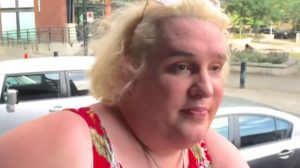 Transgender Woman Sues After Being Refused By Beauty Pageant 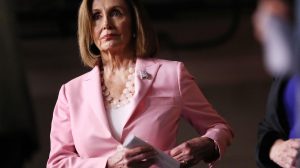