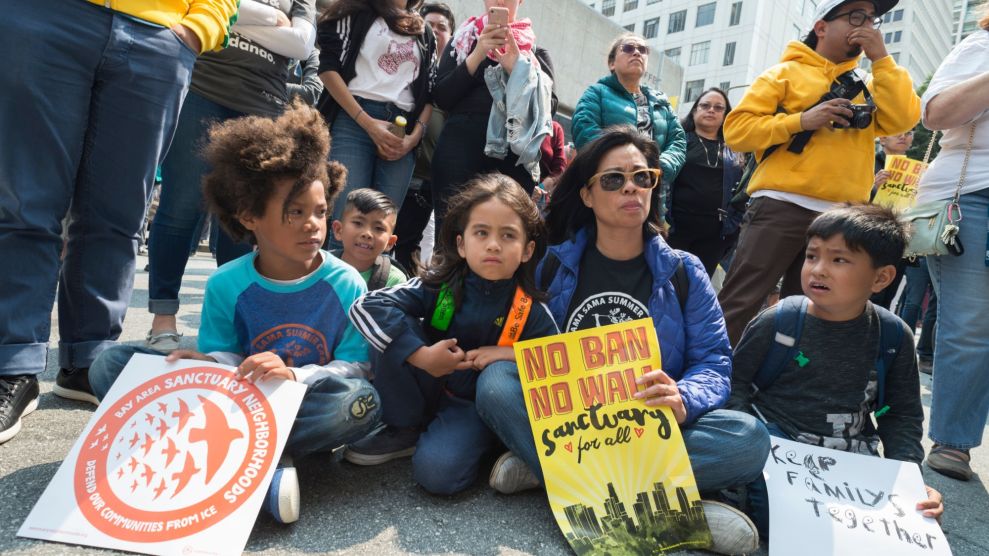 The White House is considering a proposal to make it easier to deport low-income immigrants who are dependent on public benefits.

The Department of Justice has written a draft regulation that, if implemented, would greatly expand the number of immigrants in the U.S. who could be subject to deportation for using public benefits, Reuters reported Friday. The new proposal is part of the Trump administration’s larger effort to limit immigration from low-income foreign nationals.

If the draft regulation is put into effect, it would be a sharp reversal from longstanding policy.

Permanent legal residents — also known as green card holders — who are dependent on the government for assistance and determined to be a “public charge” are already subject to deportation. However, in reality, few are ever actually deported. A 1948 ruling has essentially restricted such deportations to only those immigrants who the government has demanded to pay for public services but have failed to do so.

U.S. laws technically allow for the removal of legal residents who are deemed “public charges” within the first five years of their admission if their reason for seeking benefits predated their entry into the U.S., the news organization noted, for example, if an immigrant did not disclose a health issue that requires government assistance. However, because of the decades-old ruling, deportation for this reason almost never happens.

The proposal suggests the Trump administration would override this precedent and allow for the removal of immigrants who have taken advantage of public benefits within the first five years of their admission.

The plan is reportedly still in its early stages, and it may not even become official policy. It must be subject to public comment in order for the proposal to move forward. Attorney General William Barr would also have to give approval.

News of the proposal follows other plans by the White House to limit low-income and low-skilled foreign nationals from entering the country.

Jared Kushner, President Donald Trump’s son-in-law and senior adviser, is developing a reform package that would limit low-skilled migrants in favor of high-skilled ones. In addition, the White House is considering barring immigrants altogether who are deemed likely to use publicly funded benefits.