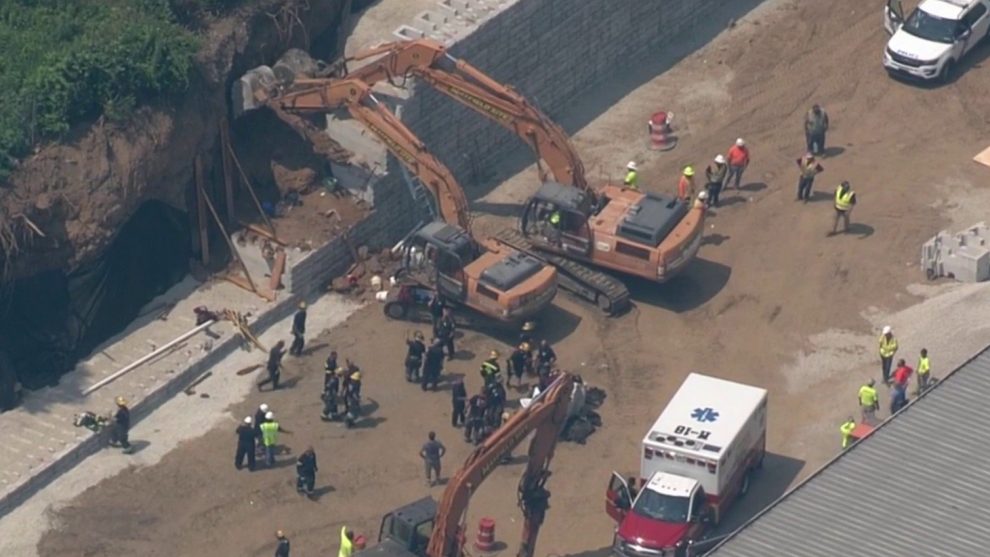 A New Jersey man has been charged with environmental and related crimes after Delaware County authorities said he purposely dumped more than 4,000 gallons of fuel from a truck he was driving in Brookhaven last month.

George Smith, 36, of Vineland, New Jersey has been criminally charged with causing and risking catastrophe, clean streams law violations and related offenses in connection with a large-scale fuel discharge that occurred on June 11 at the Gas N Go located in Brookhaven.

The spill closed a local elementary school and killed many animals, including fish and eels. Officials said the efforts to clean up the spill, including testing and treating the groundwater, could take years.

“We have determined that the defendant’s deliberate actions caused this fuel discharge,” District Attorney Jack Stollsteimer said in an announcement Tuesday.

Detectives with the county’s Criminal Investigation Division interviewed Smith’s employer and obtained records showing his delivery route as well as bills confirming the amount of gasoline Smith acquired at the fuel depot prior to the delivery at Gas N Go.

Prosecutors said Smith was “motivated by a desire to speed up his route.”

Those records show Smith filled his truck with 8,500 gallons of gasoline for delivery on the day of the incident.

Additionally, those records indicate that Smith was scheduled to make a delivery to the Brookhaven location on his fourth stop of the night; however, he deviated from his planned route and made the Brookhaven delivery his first stop.

Due to an earlier delivery at the Gas N Go on the day of the incident, it was clear from records that the quantity of gasoline carried by Smith would not fit in the underground tanks at the Brookhaven station.

Investigators learned that safety features on Smith’s fuel truck make it impossible for drivers to refill their truck if gas remains in the truck fuel compartments.

Therefore, Smith would have had to make a partial delivery at his next stop before returning to the fuel depot, which would have lengthened his route, prosecutors said.

Investigators also obtained surveillance video from the station showing that, during the fuel delivery stop, Smith placed the fuel hose on the ground next to the guard rail.

“Motivated by a desire to speed up his route, the defendant poured in excess of 4,000 gallons of gasoline over an embankment bordering an elementary school – causing damage to a nearby stream, wildlife and vegetation and resulting in the closure of the school,” Stollsteimer said. “As a fuel delivery driver, the defendant was entrusted with a hazardous product – gasoline – and he owed a duty of care to all of us.”

As evidenced by dead vegetation, Smith’s hose placement in the surveillance video corresponds with the flow path of gas leading down the embankment from the gas station and into a small, wooded area between the gas station and adjacent elementary school, prosecutors said.

Following the fuel discharge, a meter system that monitors the underground fuel tanks at Gas N Go was consulted, and investigators confirmed that the tanks did not overflow during Smith’s visit.

Moreover, an overfill warning system consisting of both audio and visual alarms that warns individuals when the underground tanks are reaching capacity was functioning properly, prosecutors said.

Led by the response of the Brookhaven Fire Company, local and state authorities arrived at the scene the next morning to identify the source of pooling gasoline in the area of the elementary school.

At that time, the source of the fuel discharge was located, and additional agencies were alerted.

The Delaware County Department of Emergency Services, Pennsylvania Fish and Boat Commission, and Department of Environmental Protection were called in to assess the impact of the fuel discharge.

Immediately following the incident, Coebourn Elementary School was closed for the remainder of the school year as remediation efforts began. The environmental impact was immediate and observable with dead wild life — a dead fox, fishes, and eels — in and around the vicinity of the fuel discharge.

To date, over 100 large trucks of contaminated soil have been excavated and removed from the site.

“He chose self-interest over the safety of the Brookhaven community and the safety of the children at Coebourn Elementary School,” Stollsteimer said. “One of my first actions as District Attorney was to establish an Environmental Crimes Unit, and this prosecution should send a message that we will pursue and prosecute those who commit crimes against our environment.”