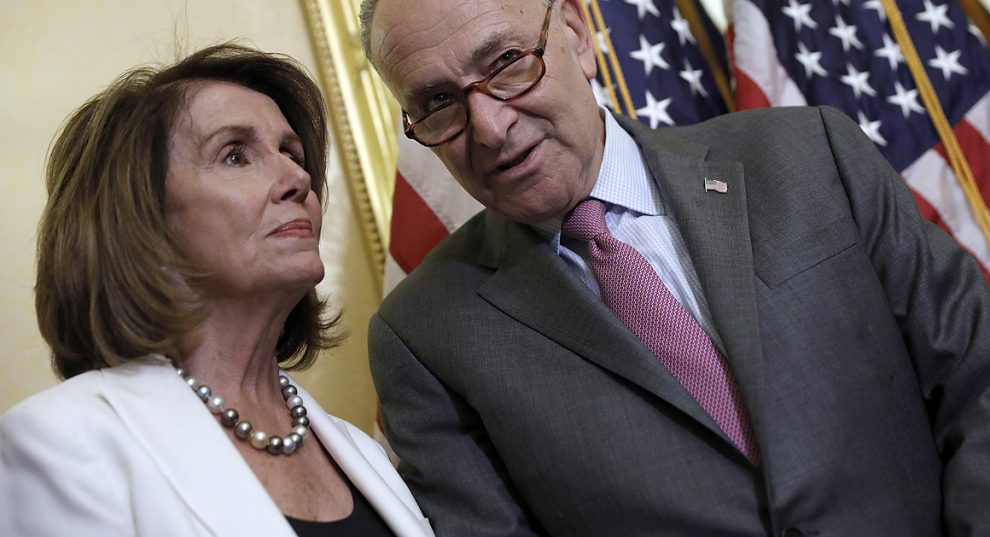 Third Way, a center-left think tank, warned on Monday that the Democratic Party is far too radical and out-of-touch in the minds of midterm voters.

The organization, which is supported by multiple prominent members of Congress, conducted a poll of likely voters revealing that Democrats are deeply underwater on the issues that Americans are predominantly considering as they head to the polls. Republicans maintain double-digit advantages over their rivals on the economy and immigration, with roughly 56% saying that Democrats “are not focused enough on the economy,” while only 36% expressing the same about their opponents.

Democrats have staked their hopes on a pendulum-style reaction against the Supreme Court overturning Roe v. Wade. Abortion, however, ranks a distant third among the issues most important to voters and is held at a similar level of priority as crime, an area in which Republicans dominate.

“Given voters’ lack of trust of Democrats on their top issues, it is no surprise that they want these midterms to yield a check on Democrats’ power in Washington,” a memo published by Third Way said.

Though leftists have poured resources into painting Republicans as extreme, the group said voters think the same about Democrats. In one exercise, Third Way asked respondents to rank themselves on an ideological scale, with 0 being the most liberal and 10 being the most conservative. Voters placed the two parties “similarly far from center,” but voters, on average, placed themselves within 1.7 points of Republicans and 2.6 points of Democrats, indicating that they align more closely with the former party.

“The results indicate that Democrats are underwater on issues voters name as their highest priorities,” the memo continued, “including the economy, immigration, and crime, they are perceived as distant from the electorate ideologically, and voters question whether the party shares essential values like patriotism and the importance of hard work.”

Messaging from the White House has portrayed an optimistic view of current economic conditions that appears to be misaligned with voters’ experiences. When the most recent unemployment data showed an uptick from the previous month, the commander-in-chief took the finding as proof that the “economy continues to grow and add jobs,” and when the most recent inflation data showed that price levels remained near four-decade highs, he commented that the report “shows some progress.”

On issues where voters tend to prefer Democrats, respondents expressed distrust that the party is capable of executing its agenda. Though Democrats lead Republicans significantly on funding and improving the education system, they trail Republicans by one point on “actually improving” education. Voters also opposed President Joe Biden’s student loan cancellation policy, with an even stronger share of swing voters rejecting the move.

Republicans are strongly favored to win the House of Representatives and slightly favored to win the Senate, according to forecasts from FiveThirtyEight, which shows that conservatives have an unusual chance to gain governorships in states such as Oregon and New York. Over the past month, Republicans have gained in the polls as inflation remains elevated and unemployment ticks upward.