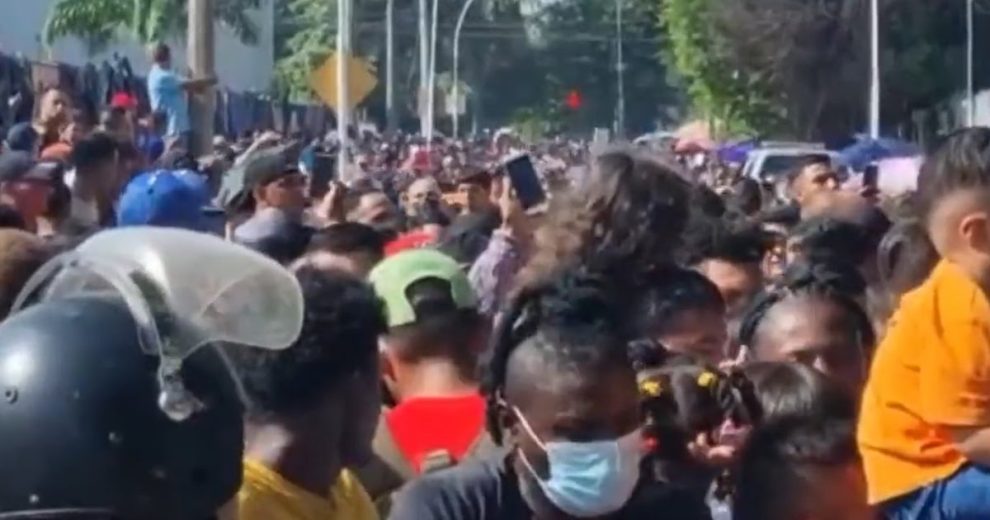 Biden’s border is overrun with illegal immigrants on a daily basis. Millions have crossed into the US since Biden took over and we have no idea who they are or where they came from.

Today at least 3,000 illegal immigrants stormed the Mexican border to get into Mexico on their way to the US. It was madness. See the video below.

In a chaotic scramble, Honduran migrants seeking to enter the U.S. illegally tried to cross into Mexico on Monday.

Mexican authorities used tear gas and troops in an effort to contain migrants who waded across the river separating Mexico and Guatemala in an effort to reach America’s southern border.

The day began with a caravan estimated to hold more than 4,000 migrants massed on a bridge spanning the river, to be met by Mexican officials who, as promised to President Donald Trump, would not allow them entry.

See also  Twitter Announces Plan to ‘Protect’ November Midterm Elections
→ What are your thoughts? ←
Scroll down to leave a comment: