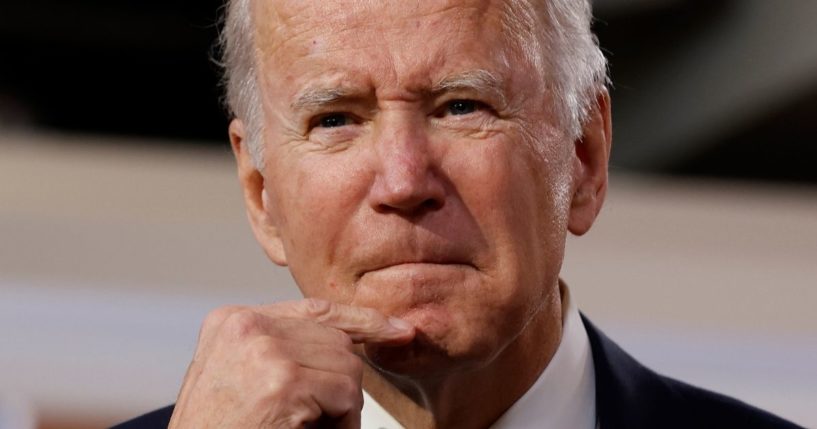 A new CNN poll should have Democrats quaking in their boots as they contemplate their strategy for the 2022 midterms. The poll, conducted after the leak of the Supreme Court draft opinion showing a majority of justices favoring rolling back Roe v. Wade, suggests that the overwrought responses from Democrats may not move the needle on Election Day as they’d hoped it would.

The study, conducted May 3-5, sampled 800 adult registered voters with about an equal number of Democrats, Republicans, and independents. If the congressional election were held today, 42% of respondents said they would vote for the Democrat nominee, with 49% favoring the Republican — a loss of two points for the Democrats and a gain of 4% for Republicans from the week prior. Reports of the demise of the Republican Party if Roe is overturned appear to be greatly exaggerated.

On the question of whether Roe should be overturned completely, 34% said it should be — an increase of four points since January — and 66% said no — down three points — suggesting that support for overturning the radical 1973 abortion decision is on the rise. There’s also been an increase in the number of voters who say they would be “Happy” if Roe were overturned and a reduction in the number who would feel “Angry.”

Asked whether they would want state lawmakers to ban abortion completely if Roe is overturned, the respondents were split fairly evenly, with 48% saying yes and 51% saying no (within the +/- 4.5 margin of error). Oddly enough, in light of support for overturning Roe, 89% want their states to become “a safe haven for women who want abortions,” whatever that means.

The poll also showed that voters favor a federal law legalizing abortion in all fifty states 59-41, but only 25% say they would not support a candidate who does not share their position on abortion. A majority of voters say abortion is only one of a number of factors they consider when deciding whom to support. A clear majority believes that the right to interracial marriage and the use of contraception will not be affected if Roe is overturned (66% and 63%, respectively), but only 35% think a “couple’s right to marry regardless of their gender” is a “secure right.” (That number may be more a reflection of the ambiguity of the question than anything.)

However, a recent Gallup poll found that only a small minority of voters place those issues at the top of their list — 1% on election/election reform and less than 0.5% on abortion. On the other hand, more than 1/3 of voters listed the economy as their top issue.

Many on the right and the left have been predicting that if the high court overturns Roe, it will spell disaster for Republicans in the 2022 midterms. Maybe that’s true, but this poll suggests that a) most Americans aren’t all that hyped up about the issue one way or the other, and b) voters continue to place a higher priority on economic issues than social issues — and the Democrats have been a disaster on the economy.

Yet, even if it did result in huge Republican losses in the next election, wouldn’t it be worth it to see millions of babies rescued from Planned Parenthood’s slaughterhouses? The Democrats were willing to take a huge shellacking when they passed Obamacare without a single Republican vote in 2010, but here we are a decade later, and they’re in control of the House, Senate, and the presidency. Such losses are temporary, and sometimes we’ve got to be willing to lose a few elections for the greater good — and what could be a greater good than stopping the massacre of innocents?