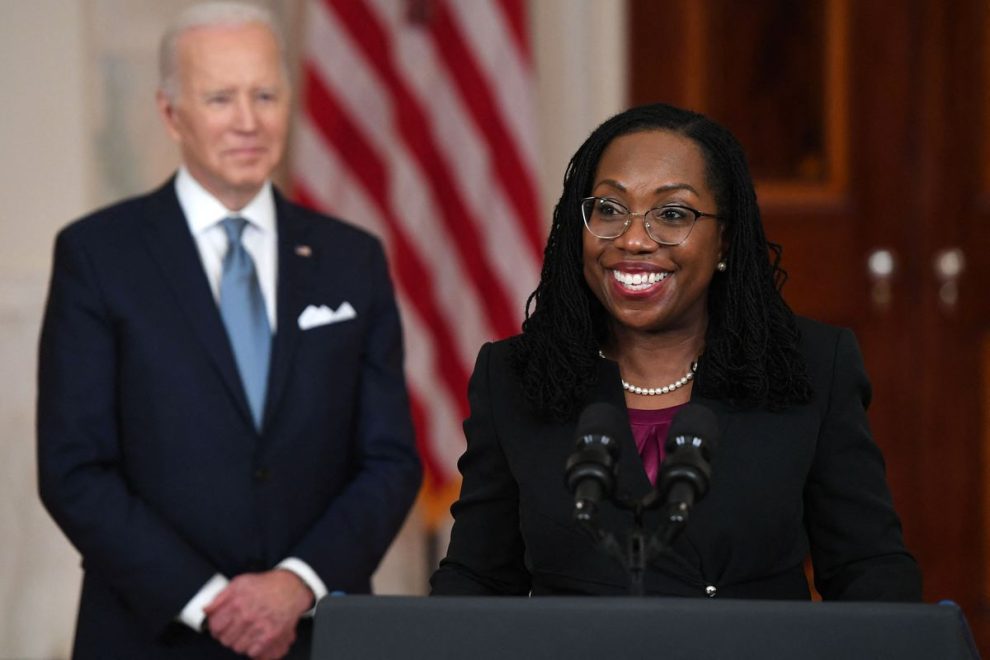 A third Republican Senator announced on Monday that they would vote to put Democrat President Joe Biden’s Supreme Court nominee, Ketanji Brown Jackson, on the nation’s highest court which comes after Jackson has faced intense scrutiny over the way that she handled cases involving sex crimes against children.

“After reviewing Judge Jackson’s record and testimony, I have concluded that she is a well-qualified jurist and a person of honor,” Sen. Mitt Romney (R-UT) said in a statement on Monday evening. “While I do not expect to agree with every decision she may make on the Court, I believe that she more than meets the standard of excellence and integrity. I congratulate Judge Jackson on her expected confirmation and look forward to her continued service to our nation.”

I intend to vote in support of Judge Ketanji Brown Jackson’s confirmation to be an associate justice of the U.S. Supreme Court. My statement: pic.twitter.com/uGaxx8sJn5

Sen. Lisa Murkowski (R-AK) announced just shortly before Romney that she would vote to confirm Jackson, saying that her support for Jackson “rests on Judge Jackson’s qualifications, which no one questions; her demonstrated judicial independence; her demeanor and temperament; and the important perspective she would bring to the court as a replacement for Justice Breyer.”

“She clerked for Justice Breyer before working in the private sector and as a federal public defender, and then serving as Vice Chair of the U.S. Sentencing Commission, a district court judge, and now an appeals court judge. She will bring to the Supreme Court a range of experience from the courtroom that few can match given her background in litigation,” Murkowski continued. “It also rests on my rejection of the corrosive politicization of the review process for Supreme Court nominees, which, on both sides of the aisle, is growing worse and more detached from reality by the year. While I have not and will not agree with all of Judge Jackson’s decisions and opinions, her approach to cases is carefully considered and is generally well-reasoned. She answered satisfactorily to my questions about matters like the Chevron doctrine, the Second Amendment, landmark Alaska laws, and Alaska Native issues. The support she has received from law enforcement agencies around the country is significant and demonstrates the judge is one who brings balance to her decisions.”

Romney and Murkowski’s decision to support Jackson comes after Sen. Susan Collins (R-ME) announced last week that she would vote to confirm Jackson.

The two announcements on Monday come after the Senate Judiciary Committee cast a deadlocked 11-11 vote on confirming Jackson to the nation’s highest court.

“The undersigned attorneys general and I write to express our opposition to the nomination of Judge Ketanji Brown Jackson to the United States Supreme Court because of her unconscionable leniency toward criminals who possess, publish, and produce child pornography—or, more accurately, images of child rape,” the letter stated. “Judge Jackson hasn’t merely erred on the more forgiving end of a spectrum of available punishments, as many judges sometimes do. Rather, during her decade-long tenure as a federal district court judge, she repeatedly cast victims aside, elevated criminal defendants above them, and sentenced the abusers well below the accepted federal guidelines. For example, in dozens of child pornography cases, she imposed sentences that were anywhere from 15 to nearly 70 percent less than what the prosecutor had requested.”