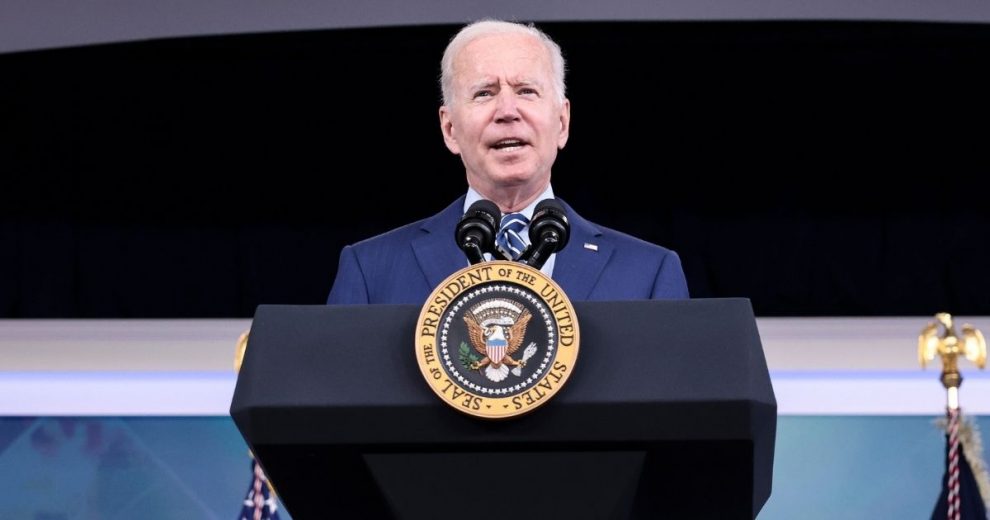 If ever there was a man who felt he got a raw deal it’s Joe Biden, who complains that he was dealt a bad legacy. “When I took office eight months ago, we inherited an economy in crisis,” he Tweeted. His administration — nay the world — is facing crisis after crisis. Zachary Wolf of CNN writes: “Why does it feel like the world economy is out of whack?”

The supply chain is persistently clogged. There’s a full-on energy crisis spreading around the world. Prices for everyday goods are rising. And there aren’t enough workers to go around. … Prices are rising. Inflation doesn’t seem to be going anywhere.

Worse, contrary to earlier hopes the problems would swiftly pass, the economic woes are likely to last into 2022, with potentially dire results for the progressive agenda. “Hopes that a spike in prices would quickly fade — that pandemic-induced inflation would be ‘transitory,’ to use the economic lingo — are being challenged by rising prices for a wide range of items.” It’s a burden that could weigh on the midterm election. Prominent Democratic data scientist David Shor see’s Biden’s problem slightly differently: the failure of the world economy means Joe is at the Last Chance Saloon. If he doesn’t grab as much power as he can, like a man at a buffet nearing closing time, the progressives may never get another chance again.

Democrats are on the precipice of an era without any hope of a governing majority. The coming year, while they still control the House, the Senate and the White House, is their last, best chance to alter course. To pass a package of democracy reforms that makes voting fairer and easier. To offer statehood to Puerto Rico and Washington, D.C. To overhaul how the party talks and acts and thinks to win back the working-class voters — white and nonwhite — who have left them behind the electoral eight ball. If they fail, they will not get another chance. Not anytime soon.

The glaring problem with this gambit, apart from the deficiencies of a one-time binge as an answer to famine, is it fails to explain why the captains of the Global World, especially the progressives, failed to anticipate the present crisis in the first place. How did the Titanic’s lookouts miss the iceberg ahead to begin with? Because if they overlooked it the first time, they might do so a second.

It seems quite a puzzle. How did China “suddenly” find itself in the middle of a power generation crisis? Why is Europe astonished to find itself short of gas? What happened to make the price of everything shoot up? Explain why people are resigning in droves; what happens when Chinese property developers miss their interest payments? Why is it happening in a cascade?

Without understanding the source of surprise, the progressives cannot be sure that events will not ambush them again. The fear that they might be walking into something is making some Democrats nervous about supporting ambitious climate engineering plans, because if the experts didn’t foresee the Taliban takeover of Kabul they might also have missed something about wind-powered energy.

But the notion that progressivism itself might be the cause of emergent disasters is rejected by the movement’s intellectuals. How could they be wrong? That ridiculous possibility discarded, the alternative explanation is that the setbacks are temporary, due to bad luck or the poisonous legacy of Donald Trump. The liberal solution is to explain harder. Ezra Klein quotes a Democratic data analyst as saying, “the job of a good message isn’t to say what’s popular but to make popular what needs to be said.” It’s a refrain taken up by House Speaker Nancy Pelosi: what we have is a failure to communicate.

With the House and Senate in recess, and the progressive-spearheaded $3.5 trillion social spending package left hanging in the balance, Democratic House Speaker Nancy Pelosi scolded the media Tuesday for not doing more promotional messaging for the program. … “Well I think you all could do a better job of selling it, to be very frank with you, because every time I come here I go through the list: medical leave, climate, the issues that are in there,” Pelosi said

If the left-wing ideologues are right about the present misfortunes being due to bad luck, then going hard a-port will eventually bring them clear of the ice and onto broad, calm, open seas. But if they are wrong, then the misfortunes will simply multiply and the unpleasant surprises will only increase until we find ourselves in the water amid multitudes shouting, “What happened? What happened?”

The coming months will be a test of the bad luck hypothesis. Where does hard left bring us? Science fiction author Robert Henlein had an observation about misfortune that is worth quoting.

“Throughout history, poverty is the normal condition of man. Advances which permit this norm to be exceeded — here and there, now and then — are the work of an extremely small minority, frequently despised, often condemned, and almost always opposed by all right-thinking people. Whenever this tiny minority is kept from creating, or (as sometimes happens) is driven out of a society, the people then slip back into abject poverty.

This is known as “bad luck.”

I don’t know whether I would entirely go with that, but surely Eliyahu Goldratt’s dictum is worth pondering. “Good luck is when opportunity meets preparation, while bad luck is when lack of preparation meets reality.”

Books: Countdown bin Laden: The Untold Story of the 247-Day Hunt to Bring the Mastermind of 9/11 to Justice by Chris Wallace. On August 27, 2010, three CIA officers ask for a private meeting with CIA Director Leon Panetta. During that secret session, they tell Panetta that agents have tracked a courier with deep Al Qaeda ties to a three-story house at the end of a dead-end street in Abbottabad, Pakistan. But they say it’s more than a house—it’s a heavily protected fortress. No one in the meeting says the name bin Laden. They don’t have to. Everyone understands that finally, after nearly a decade, maybe, just maybe, they’ve found the world’s most wanted man.

I am a participant in the Amazon Services LLC Associates Program, an affiliate advertising program designed to provide a means for sites to earn advertising fees by advertising and linking to Amazon.com. 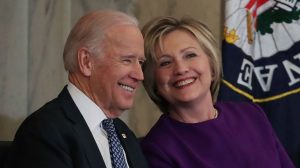 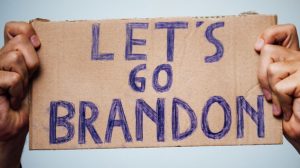 Why Are the Media Treating ‘Let’s Go Brandon’ Like Criminal Hate Speech? 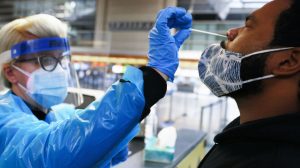