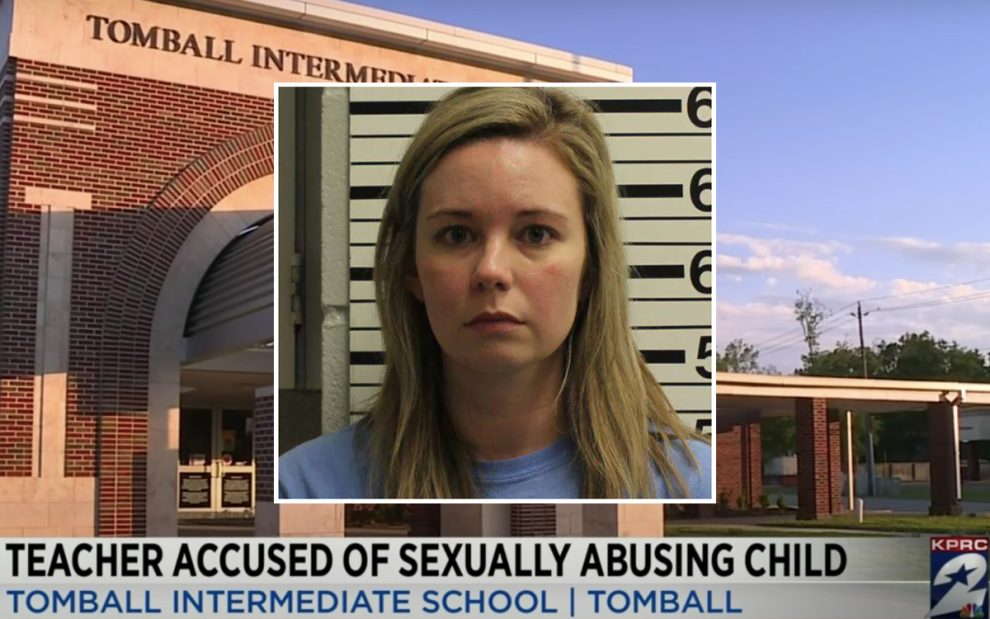 A former Texas sixth grade teacher will spend two months in prison for having a three-year relationship with one of her students, who was between the ages of 12 and 15 at the time. She will be given until June 2023 to surrender for her brief prison sentence due to the recent birth of her child.

This week, 32-year-old Marka Bodine went before Harris County Judge George Glass who sentenced her to 60 days in prison and 10 years of probation following her guilty plea on the charge of continuous sexual abuse of a child, ABC13 reported. The sentence was postponed due to the recent birth of her child. She has until June 5, 2023, to report to jail. The underage victim was not the child’s father, according to a New York Post report. The defendant was an English teacher for Tomball ISD north of Houston.

“I’m heartbroken for the complainant and his family. I’m really disappointed in the outcome as a prosecutor – a child abuse prosecutor, and I’m disappointed as a citizen of Harris County,” Harris County Prosecutor Janna Oswald, chief of the Crimes Against Children Division told NBC2.

The case came to light in April 2021, when Bodine reported to the school principal that a former student who was 16 at the time was harassing her and threatening to harm himself, affidavits revealed. During an investigation, the student claimed a relationship with Bodine lasted almost three years. The relationship began in 2018 when the male victim was a 6th-grade student of Bodine’s. The two began chatting through the video game Fortnite and then turned to text messages. Once the student turned 13, the relationship turned sexual. Over the course of three years, Bodine sent roughly 40 explicit images of herself to the teen.

During that time, Bodine went through a divorce and moved into the same apartment complex of the teen victim. Bodine had sex with the student in her classroom and in her vehicle.