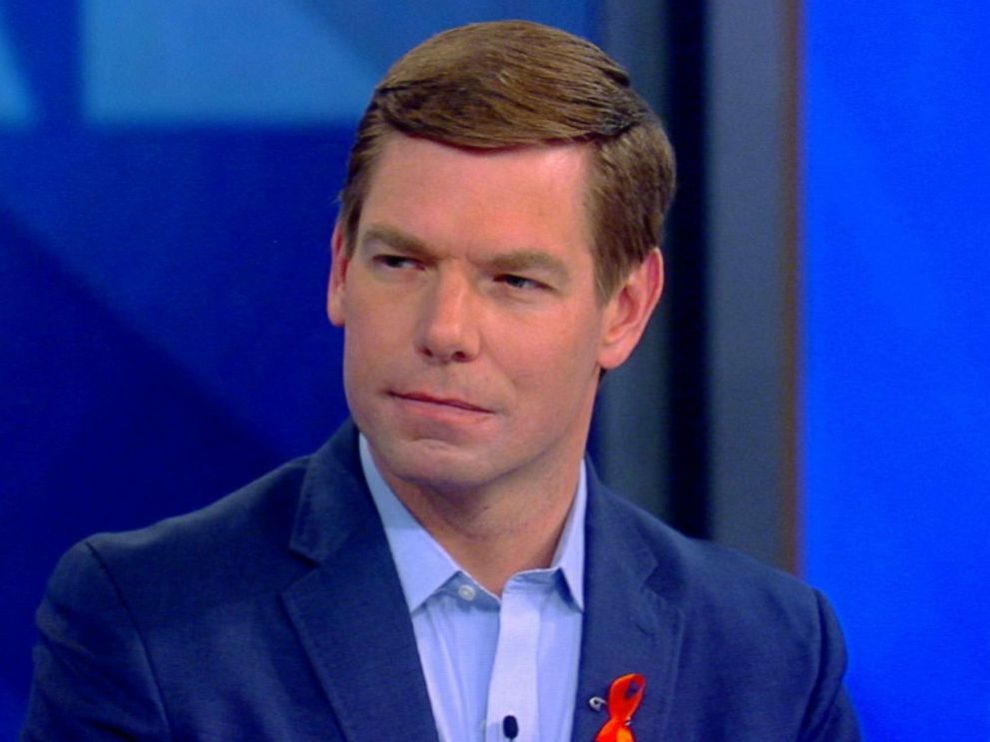 When Rep. Eric Swalwell (D-Calif.) isn’t tagging Chinese spies or possibly ruining his panties on air, he is making really stupid statements that would require a tinfoil hat to believe. The latest was when he suggested the GOP would make interracial marriage illegal.

Is it just me, or does he stop speaking long enough to float an air biscuit? He even smiles a little afterward. But don’t let me influence your decision!

Swalwell willingly dove into Lake Jackpudding with this tweet:

The Republicans won’t stop with banning abortion. They want to ban interracial marriage. Do you want to save that? Well, then you should probably vote. https://t.co/MRytdsjUBP

Swalwell’s recent pathetic attempt to anger far-left wackjobs is blowing up in his face.

Here is how it started. Indiana Sen. Mike Braun (R-Ind.) was asked if the question of interracial marriage should have gone to the states rather than the Supreme Court. He said it should have been decided by the states, not SCOTUS.

He later stated that he “misunderstood a line of questioning that ended up being about interracial marriage” and he further condemned “racism in any form,” stating there was “no question the Constitution prohibits discrimination of any kind based on race.”

Needless to say, Braun is not against interracial marriage. He simply understands what the Constitution intends for SCOTUS to decide or not decide.

But Swalwell is a commie, and he is just doing what his Comrade Biden did: use this issue to try to get people to vote Democrat in the 2022 midterms.

Biden used the SCOTUS leak to beg for votes to stave off the red tsunami headed his way.

“If the Court does overturn Roe, it will fall on our nation’s elected officials at all levels of government to protect a woman’s right to choose,” he said. “And it will fall on voters to elect pro-choice officials this November.”

The backlash against Swalwell has been quick and bruising.

Hi Eric, my name is Wesley Hunt, I’m a Republican nominee in a Congressional District that is 70% white. I’m black, I’m in an interracial marriage, and my wife and I have two biracial daughters. Republicans are celebrating diversity while white liberals like yourself race-bait. https://t.co/r7bSNlskVp

Rep. Byron Donalds (R-Fla.) had this to say about Swalwell’s idiocy: “You are such a fool. What is wrong with you! More gaslighting from the radical left!”

Swalwell can’t accept the truth that the Democrats can no longer count on the votes of minorities.

52% of white voters disapprove of Biden. 65% of Hispanics disapprove. That's an election day bloodbath unless the Dems cheat again. https://t.co/rL1ekhkuOK

The Democrats can no longer scare minorities into voting for them the way they have for the last 50 years. The NPR poll is a harbinger of what’s to come in November 2022.