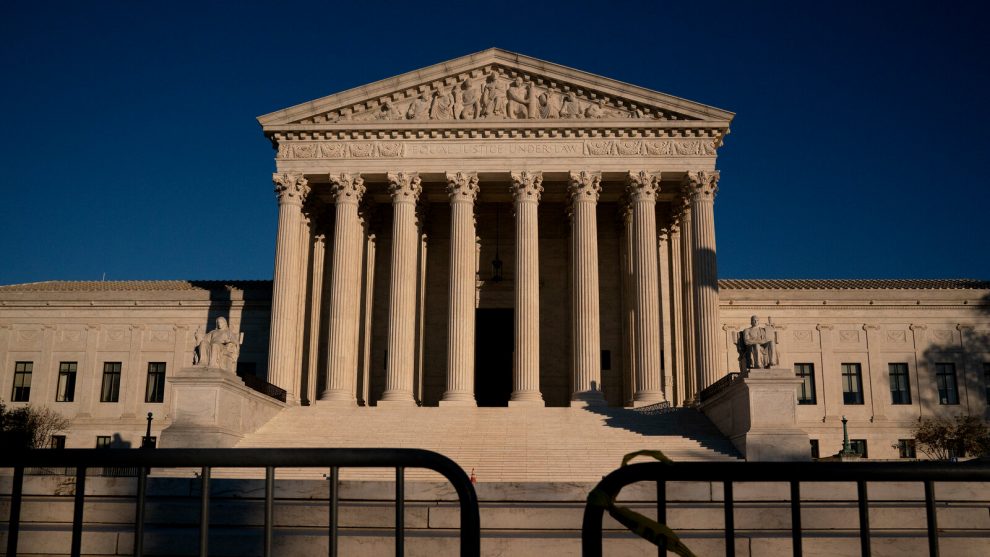 The Supreme Court dismissed a prominent legal challenge Friday to the 2020 election results filed Monday by the State of Texas.

“The State of Texas’s motion for leave to file a bill of complaint is denied for lack of standing under Article III of the Constitution,” the statement from the Supreme Court read. “Texas has not demonstrated a judicially cognizable interest in the manner in which another State conducts its elections.”

The suit argued that the four states illegally made changes to the voting rules through the courts instead of through state legislatures, violating the Electors Clause. It also argues the differences in voting rules in different counties violated the Constitution’s Equal Protection Clause and cites claims of voting irregularities in the states.

Seventeen states joined the lawsuit as well as over 120 House Republicans.

On Wednesday, The president described the Texas case as “The big one” and repeatedly urged the Supreme Court justices to have the “wisdom” and the “courage” take up the case.

Justice Samuel Alito issued a statement with the dismissal that was joined by Justice Clarence Thomas, arguing that the Supreme Court should take up the case.

“In my view, we do not have the discretion to deny the filing of a bill of complaint in a case that falls within our original jurisdiction,” Alito wrote, arguing that he would grant the motion to file the bill of complaint.

But Alito signaled he would not have granted the state of Texas the ability to halt the election certification as the challenge requested.

“I would therefore grant the motion to file the bill of complaint but would not grant other relief, and I express no view on any other issue,” he concluded.

The three justices appointed by Trump, Amy Coney Barrett, Brett Kavanaugh, and Neil Gorsuch did not voice an opinion on the case.