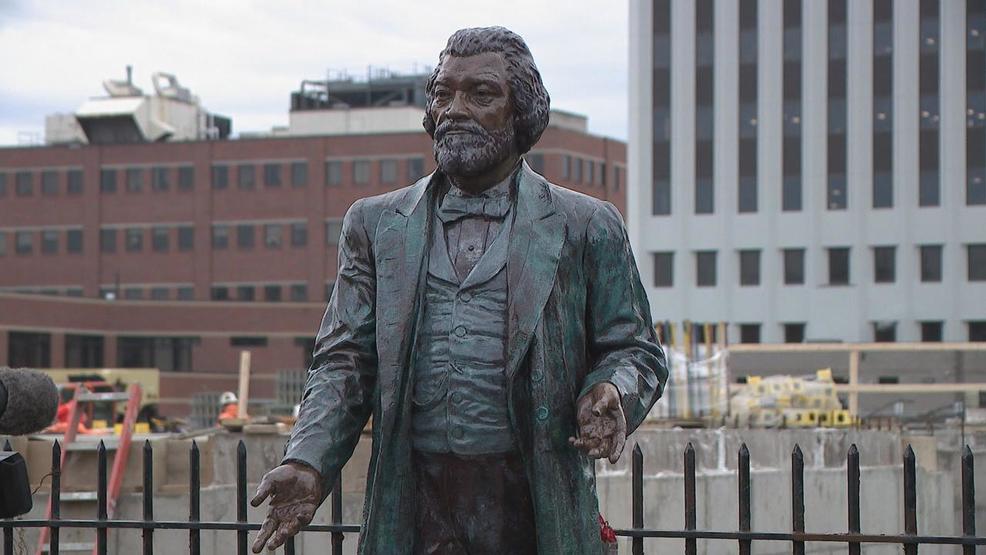 A statue of abolitionist legend Frederick Douglass was torn down overnight over the Fourth of July holiday in Rochester, New York, local media reported.

Rochester Police are investigating damage done to a statue of Frederick Douglass in Maplewood Park. It happened over the weekend, and police say that the statue was torn off its base, and left about 50 feet from its pedestal. The statue had been placed over the fence to Genesee River gorge and was leaning against the fence.

Police say in addition to the damage at the bottom of the statue, one of the fingers on the left hand of the statue was damaged. Aside from that damage, there was no graffiti on the statue or in the surrounding park. The statue has been removed for repairs.

WXXI adds that the statue was “one of 13 Douglass statues that were placed around Rochester in 2018 in honor of his 200th birthday.”

In 2018, one of the statues was vandalized by two teenagers, who said they were drunk when they did it and had no political motive, though one eyewitness disagreed.

Frederick Douglass was born into slavery and escaped to the North. He was a passionate abolitionist, at home and abroad, and befriended President Abraham Lincoln.

In recent years, Black Lives Matter activists have been fond of quoting a speech in which Douglass called the Fourth of July a “sham” because of slavery. However, in the remainder of the speech, Douglass praises America’s founding and its principles.

No motive has yet been reported in the removal of the statue. Rochester Police were not available for comment.