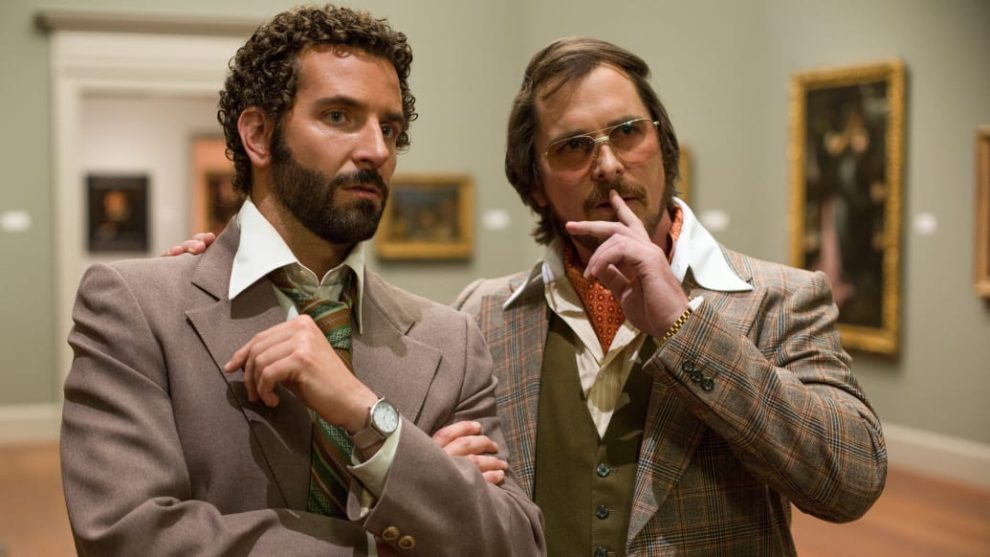 Voter fraud is a corrosive, conspiratorial myth that conservatives need to stop talking about. Except, of course, when it happens — but conservatives should still shut up about it.

It’s unlikely that the case of Michael “Ozzie” Myers showed up in too many news feeds this week. Myers, 79, is a former Democratic U.S. representative from Philadelphia who left office in disgrace back in 1980 after his role in the Abscam scandal.

Myers served his time after getting caught on video taking bribes as part of the scandal. He apparently kept right on scammin’, though, even though his grift didn’t get a cool name like “Abscam.”

On Monday, he pleaded guilty to ballot-stuffing schemes that benefited certain Pennsylvania Democratic candidates between 2014 and 2018 — and the local board of elections was in on it.

According to a news release from the Department of Justice on Monday, Myers pleaded guilty to conspiracy to deprive voters of civil rights, bribery, obstruction of justice, falsification of voting records, and conspiring to illegally vote in a federal election.

“Specifically, Myers admitted in court to bribing the Judge of Elections for the 39th Ward, 36th Division in South Philadelphia, Domenick J. Demuro, in a fraudulent scheme over several years,” the release read.

“Demuro, who was charged separately and pleaded guilty in May 2020, was responsible for overseeing the entire election process and all voter activities of his Division in accord with federal and state election laws.”

At each polling station, voting machines generate official records of the tally, and the judge of elections and other election officials sign off on them.

As part of his scheme, Myers bribed Demuro in order to add votes to the official record for certain candidates whom he had been hired to represent or “favored for a variety of reasons.”

“Myers would solicit payments from his clients in the form of cash or checks as ‘consulting fees,’ and then use portions of these funds to pay Demuro and others to tamper with election results,” the DOJ release said.

“After receiving payments ranging from between $300 to $5,000 per election from Myers, Demuro would add fraudulent votes on the voting machine – also known as ‘ringing up’ votes – for Myers’ clients and preferred candidates, thereby diluting the value of ballots cast by actual voters.

“At Myers’ direction, Demuro would add these fraudulent votes to the totals during Election Day, and then would later falsely certify that the voting machine results were accurate. Myers is also accused of directing Demuro to lie to investigators about the circumstances of the bribes and the ballot-stuffing scheme.”

Baren, the news release said, acted as “the de facto Judge of Elections and effectively ran the polling places in her division by installing close associates to serve as members of the Board of Elections.”

“During Election Day itself, Myers conferred with Beren via cell phone while she was at the polling station about the number of votes cast for his preferred candidates,” the release said.

Baren, the news release said, acted as “the de facto Judge of Elections and effectively ran the polling places in her division by installing close associates to serve as members of the Board of Elections.”

“During Election Day itself, Myers conferred with Beren via cell phone while she was at the polling station about the number of votes cast for his preferred candidates,” the release said.

Jennifer Arbittier Williams, U.S. attorney for the Eastern District of Pennsylvania, said in a statement, “Voting is the cornerstone of our democracy. If even one vote has been illegally cast or if the integrity of just one election official is compromised, it diminishes faith in process.

“Votes are not things to be purchased and democracy is not for sale. If you are a political consultant, election official, or work with the polling places in any way, I urge you to do your job honestly and faithfully. That is what the public deserves and what the federal government will enforce.”

Myers now faces up to 20 years in prison, according to the Philly Voice. It’s questionable whether he’ll get anything near that, although one thing’s for sure: He’s in a whole lot more trouble than he was back during the Abscam days.

“One thing you can say about Ozzie Myers: his values have long been out of whack,” Jacqueline Maguire, special agent in charge of the FBI’s Philadelphia Division, said in a statement.

“Decades ago, he valued a fake sheikh’s bribes more than the ethical obligations of his elected federal office,” she said. “This time around, he valued his clients’ money and his own whims more than the integrity of multiple elections and the will of Philadelphia voters. Free and fair elections are critical to the health of our democracy, which is why protecting the legitimacy of the electoral process at every level is such a priority for the FBI.”

It’s easy to simply connect this to Abscam and point out that ol’ Ozzie has been a rotten egg for over 40 years now. Although that’s accurate, it misses the point.

This is the second time in two weeks that a voting fraud case that should have gotten more media attention ended in a guilty plea. Last week, Arizona Democratic operative Guillermina Fuentes pleaded guilty to illegal ballot harvesting during the 2020 election.

Fuentes, prosecutors said, used her position in the community to solicit ballots from individuals to whom she wasn’t related and dropped them off at polling stations, a violation of state law.

A video given to a Yuma County sheriff also reportedly showed her marking a ballot, although charges for that were dropped as part of her plea agreement.

That case involved a small number of ballots, although prosecutors believed her operation was more wide-ranging than what she was charged with.

In Myers’ case, there was a larger number of votes involved — and they were a lot less legit than anything Fuentes was involved with.

However, both cases underlined that, yes, Virginia, there is voter fraud. It might be small-scale or it might happen on a wider basis, but it happens. Denying it doesn’t make the fraud — or voters’ misgivings about it — go away.