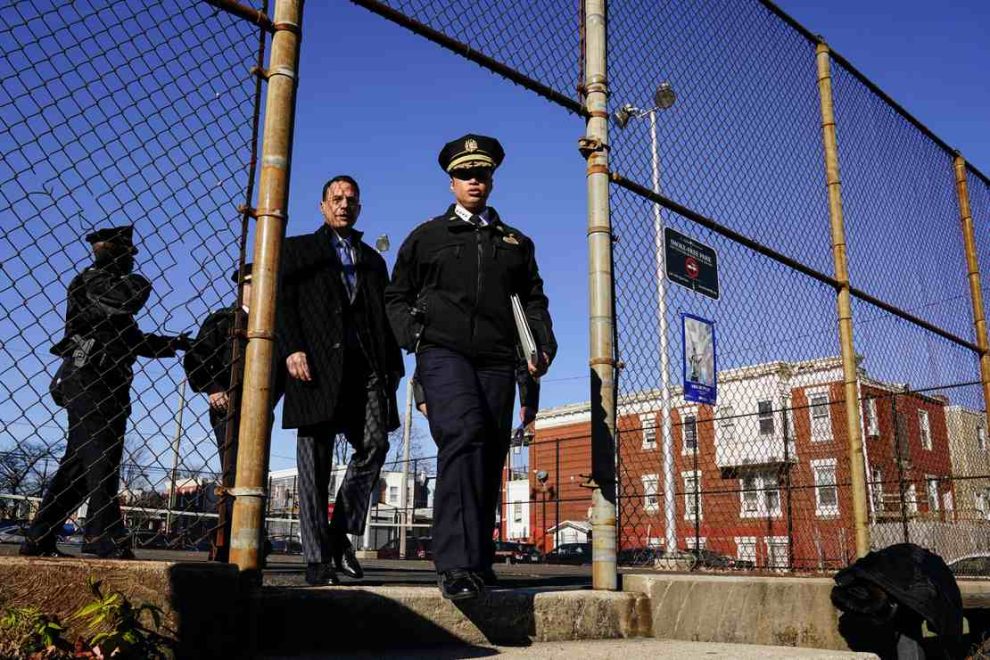 Seven kids, whom Philadelphia cops described as being in their “early to mid-teens,” stalked and killed 73-year-old James Lambert, using a traffic cone as a weapon.

The brutal thrill-kill, conveniently filmed by friends of the attackers, shows the gang savagely surrounding and attacking Lambert as he tries to escape. A young teen girl hits Lambert repeatedly with the traffic cone. The video also reveals the kids were laughing as they beat Lambert. He died the next day of his injuries.

. #update Where were the parents?’: Family of man killed in attack by group of Philadelphia teens searching for answers. 🎥 [email protected]
The video also appears to show one of the group members recording the attack on a cellphone according to [email protected] #impeachkrasner pic.twitter.com/XAqva2kQPc

Local neighbors are asking the usual questions, like why the crime took place, and ignoring the questions they should focus on: Why were these kids out at 3 a.m., and more importantly, who taught them to kill?

FACT-O-RAMA! Despite what the libs say, midnight basketball courts won’t stop this kind of carnage. And it happens way more than the mainstream media wants to let on.

Two brothers involved in the fiendish attack, one of them only 10 and the other 14, have surrendered to Philadelphia cops. Authorities have not released their names due to their ages. The police have offered a $20,000 reward for the arrest and conviction of the mob.

Lambert’s niece, Tania Stephens, gets it, sort of. She told Fox 29 Philadelphia, “I just don’t understand what’s going on in our city. He’s walked that path for 60, 70 years of his life, and for his life to be snuffed out like that, is just unbelievable.”

Is it unbelievable? Philly, like many big, blue cities, is in the midst of a merciless crime wave. It also has a far-left commie district attorney who refuses to punish criminals, much like New York City, Chicago, Los Angeles, and other cities do.

What message do the unpunished learn quickly? If you can get away with it, why not do it?

“I don’t understand how children that age, how are you out at 2 am in the morning committing crime,” Stephens continued. “Where were the parents? Those cones are heavy and to pick it up with such force and to throw it not once but twice at a senior citizen’s head and then laugh about it.”

Now she’s asking some of the questions people need to ask: why are young, inner-city kids so violent?

This video below may provide an answer. PJ Media’s own Athena Thorne wrote about it yesterday. Watch young children in their underwear punch and curse out some police officers.