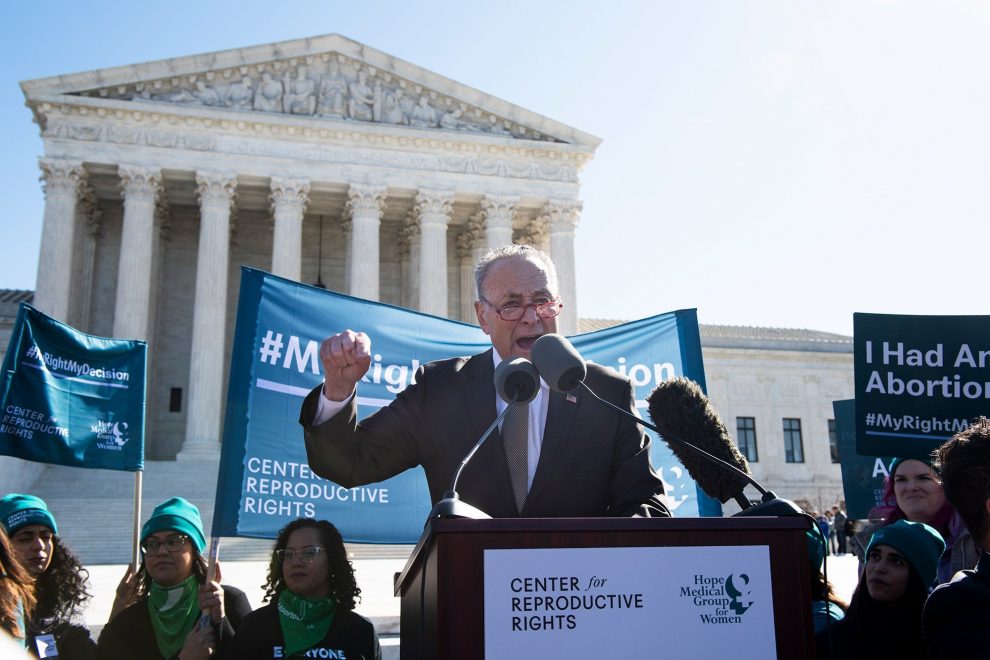 Several Democratic senators say they want to avoid getting drawn into a partisan food fight over President Trump’s nomination of Amy Coney Barrett that could alienate voters in Republican-leaning Senate battlegrounds, such as Georgia, Iowa, Montana and North Carolina.

Suburban college-educated women are a key demographic in the battle for the Senate, and Democratic senators acknowledge they need to be careful of getting too aggressive with Barrett, a mother of seven.

“I’m sick and tired of losing,” said one Democratic senator. “We had a Kavanaugh 1.0, which has informed people’s approach this time.”

Sen. Joe Manchin (W.Va.), the only Democrat who voted to confirm Kavanaugh in 2018 and went on to win reelection that year in a state that Trump carried by 42 points in 2016, said he hopes the Senate avoids a Kavanaugh-type redux.

“I hope they do. I would hope all my colleagues … have a civil, have a really professional, decent, honorable, respectable hearing, that’s all. And get to the points,” he said.

Manchin called the bruising Kavanaugh confirmation fight, which erupted into controversy after allegations from a woman that the nominee sexually assaulted her when the two were in high school, a “fiasco.”

“That vote cost, I think, a few of our colleagues their jobs,” he said.

Sen. Jon Tester (D-Mont.), who narrowly survived his 2018 reelection race in a state Trump carried by 20 points in 2016, said his numbers dipped during the height of the battle over Kavanaugh.

Asked whether Democrats need to be more disciplined in their approach to Barrett, Tester said, “Yeah, I do.”

“I do think there needs to be a plan going into [this] on what you want to accomplish,” he said.

He thinks Senate Democrats need to work on sharing power so that not just a few voices dominate the debate.

“They do need to do a better job of distributing power, including Schumer,” he said, referring to Senate Minority Leader Charles Schumer (D-N.Y.). “And this is going to be an opportunity for them to do that because this is a very important thing.”

So far, liberal Democrats have taken the strongest stances against Barrett’s nomination.

Sens. Richard Blumenthal (D-Conn.) and Mazie Hirono (D-Hawaii) made headlines over the weekend by saying they wouldn’t meet with Barrett, while Sen. Ed Markey (D-Mass.) made headlines before her nomination by saying Democrats should pack the court if the GOP Senate confirmed a nominee to replace Justice Ruth Bader Ginsburg before the elections. Barrett has been nominated to fill Ginsburg’s seat.

“This is not going to play out like Kavanaugh, I don’t think, at all,” he said.

Senate Republicans accused Democrats of playing dirty tricks after Sen. Dianne Feinstein (Calif.), the ranking Democrat on the Senate Judiciary Committee, and her staff waited for weeks to report a letter to the FBI detailing 36-year-old sexual assault allegations against Kavanaugh.

The delayed disclosure forced the Judiciary Committee to hastily convene a second round of confirmation hearings and prompted the FBI to conduct a hurried investigation of the matter, which failed to corroborate the allegations of Christine Blasey Ford.

Sen. Lindsey Graham (R-S.C.), who now serves as chairman of the Judiciary Committee, angrily accused Democrats during Kavanaugh’s second round of hearings of trying to “destroy this guy’s life, hold this seat open and hope you win in 2020.”

Graham now says the Democrats’ treatment of Kavanaugh two years ago justifies Senate Majority Leader Mitch McConnell’s (R-Ky.) decision this month to speed Barrett through the confirmation process after he held the seat of late Justice Antonin Scalia open for months in 2016.

Asked if Democrats learned any lessons from the handling of Kavanaugh’s nomination or whether the partisan temperature should be lowered this time around, Feinstein said Democrats would listen carefully and respectfully to the nominee’s testimony.

“One of the things about the members of the committee is we do listen to people,” she said. “You’ll see a very listening, careful body. Both Republican and Democrat.”

Republicans have signaled they will go on the offensive if Barrett’s religious beliefs become a target of attack, and Democrats are concerned about that prospect both inside and outside the Senate.

Feinstein came under criticism in 2017 after telling Barrett during a confirmation hearing on her appointment to the 7th Circuit Court of Appeals that “the dogma lives loudly within you.”

Sen. Josh Hawley (R-Mo.), a member of the Senate Judiciary Committee, sent a letter to Schumer on Saturday urging Democrats to “reject” what he called “egregious personal attacks on Judge Barrett’s Christian faith.”

While Democrats won back the House in 2018, the party saw the GOP grow its Senate majority after McCaskill, Donnelly, Heitkamp and Sen. Bill Nelson (D-Fla.) lost that year. While Heitkamp started to fall behind in the polls before Kavanaugh’s bruising confirmation fight, other Democrats saw their numbers start to drop right around the time the Senate Judiciary Committee melted down in partisan acrimony.

This year Democrats have a good opportunity to flip the Senate, but that means ousting GOP incumbents in states Trump won in 2016.

They conceded it could hurt Sens. Cory Gardner (Colo.) and Susan Collins (Maine), who are running in states then-Democratic presidential nominee Hillary Clinton won four years ago, but Republicans, who control 53 seats, can afford losing two and are projected to defeat Democratic Sen. Doug Jones in Alabama.

While recent polling shows a majority of voters think the Senate should wait until after Election Day before moving forward with the confirmation process, opinion is starkly divided along party lines.

A New York Times-Siena College poll published Sunday showed that 56 percent of voters nationwide think the winner of the Nov. 3 presidential election should fill the vacancy created by Ginsburg’s death, while 41 percent think the choice rightly belongs to Trump. 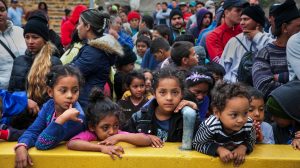 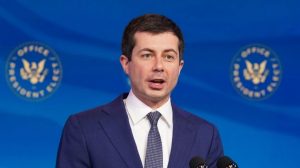 South Bend’s Infrastructure Was So Bad When Buttigieg Was Mayor, Domino’s Had to Help Fill Potholes