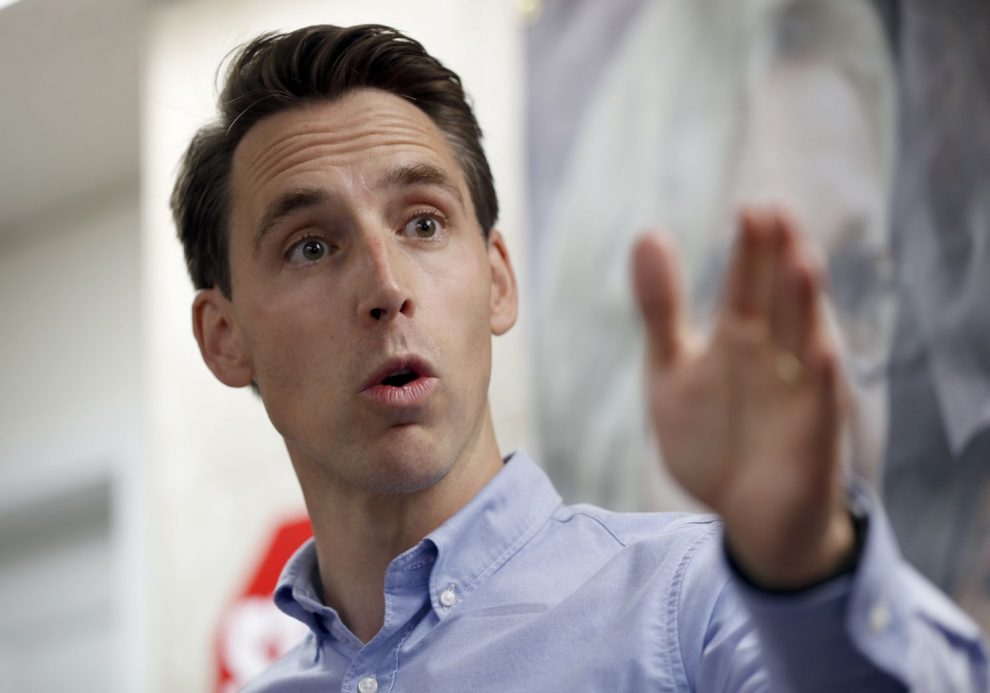 Sen. Josh Hawley (R-MO), during a Senate Judiciary Committee hearing on Wednesday, said officials like former FBI agent Peter Strzok tried to overturn the results of a democratic election by launching an investigation into the Trump campaign for Russian collusion.

Hawley read aloud a text from Strzok to his former lover and former FBI lawyer Lisa Page on August 26, 2016: “Just went to the southern Virginia Walmart. I could SMELL the Trump support.”

Strzok launched the FBI’s counterintelligence investigation on the Trump campaign. He was found to have texted hundreds of messages to Page, many of which showed enmity towards Trump.

Hawley then went on a lengthy diatribe:

It’s because an unelected bureaucrat — an unelected official in this government who clearly has open disdain if not outright hatred for Trump voters, like the people of my state for instance — ‘I could smell the Trump support’? Then tried to overturn the results of a democratic election, that’s what’s really gone on here. That’s the story.

That’s why we’re here today. I cannot believe that a top official of this government with the kind of power that these people had would exercise their own prejudices, and that’s what this is — it’s open, blatant prejudice — would try to use that and try to overturn a democratic election, and to my mind, that’s the real crisis here, and it is a crisis.

Because if there’s not accountability — if this can go on in the United States of America, then my goodness gracious, we don’t have a democracy anymore. SO I appreciate your leadership Attorney General, I look forward to hearing the results of your investigation, and I look forwad to this committee continuing its constitutional responsibility to find out what is going on here and making sure the will of the people is vindicated and established.

Barr announced during the hearing on Wednesday that he had tasked DOJ staff members to help him review whether the FBI had proper predicate for spying on the Trump campaign in 2016.