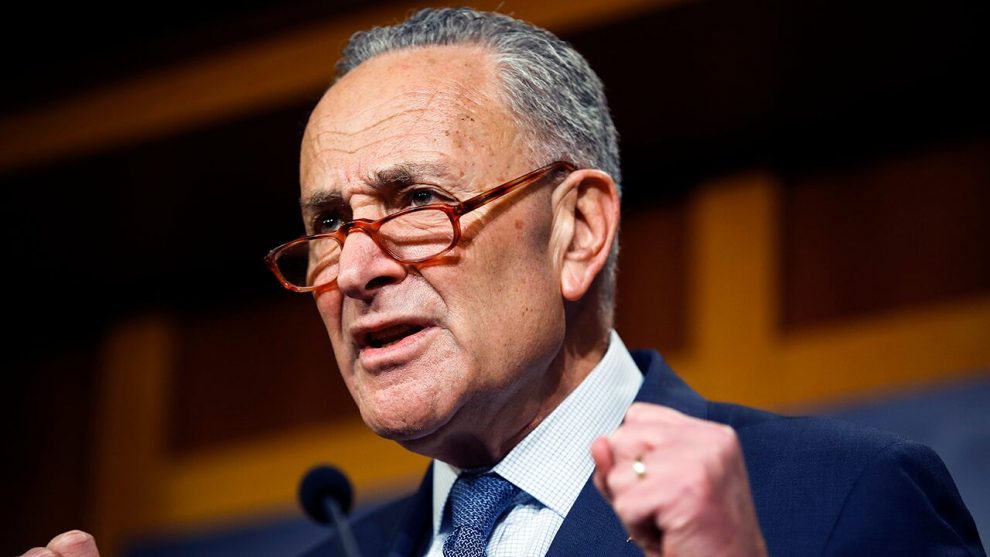 “Justice Ginsburg’s dying wish was that she not be replaced until a new president is installed. Republicans are poised to not only ignore her wishes, but to replace her with someone who could tear down everything that she built. This reprehensible power grab is a cynical attack on the legitimacy of the Court,” Schumer said in a statement.

“I will strongly oppose this nomination,” he added.

Trump formally nominated Barrett during a White House event late Saturday afternoon, teeing off an explosive Supreme Court fight that will dominate the final weeks of the election.

Democrats are powerless to stop the GOP-controlled Senate from confirming Barrett on their own, and Senate Majority Leader Mitch McConnell (R-Ky.) has the support within his caucus to bring her nomination up for a vote despite the looming election.

Schumer, during a press conference in New York on Saturday night, predicted that Barrett would become more unpopular with Americans as they learn about her, which he hoped would apply pressure on Republicans to break rank.

“Justice Ginsburg must be turning over in her grave up in heaven to see that the person that they chose seems to be intent on undoing all the things that Ginsburg did,” he added.

Democrats are expected to hammer Barrett over her positions on healthcare and if she would stick with Supreme Court precedent. If Barrett is confirmed before the election, she will be sworn in to the court seat in time to take part in a case expected to be heard days after the election that could determine the fate of the Affordable Care Act.

Schumer, in his statement, argued that voting for Barrett was a vote to strike down the Obama-era healthcare law predicting that Barrett would be “the deciding vote.”

“The American people should make no mistake—a vote by any Senator for Judge Amy Coney Barrett is a vote to strike down the Affordable Care Act and eliminate protections for millions of Americans with pre-existing conditions. By nominating Judge Amy Coney Barrett to the Supreme Court, President Trump has once again put Americans’ healthcare in the crosshairs,” he said.