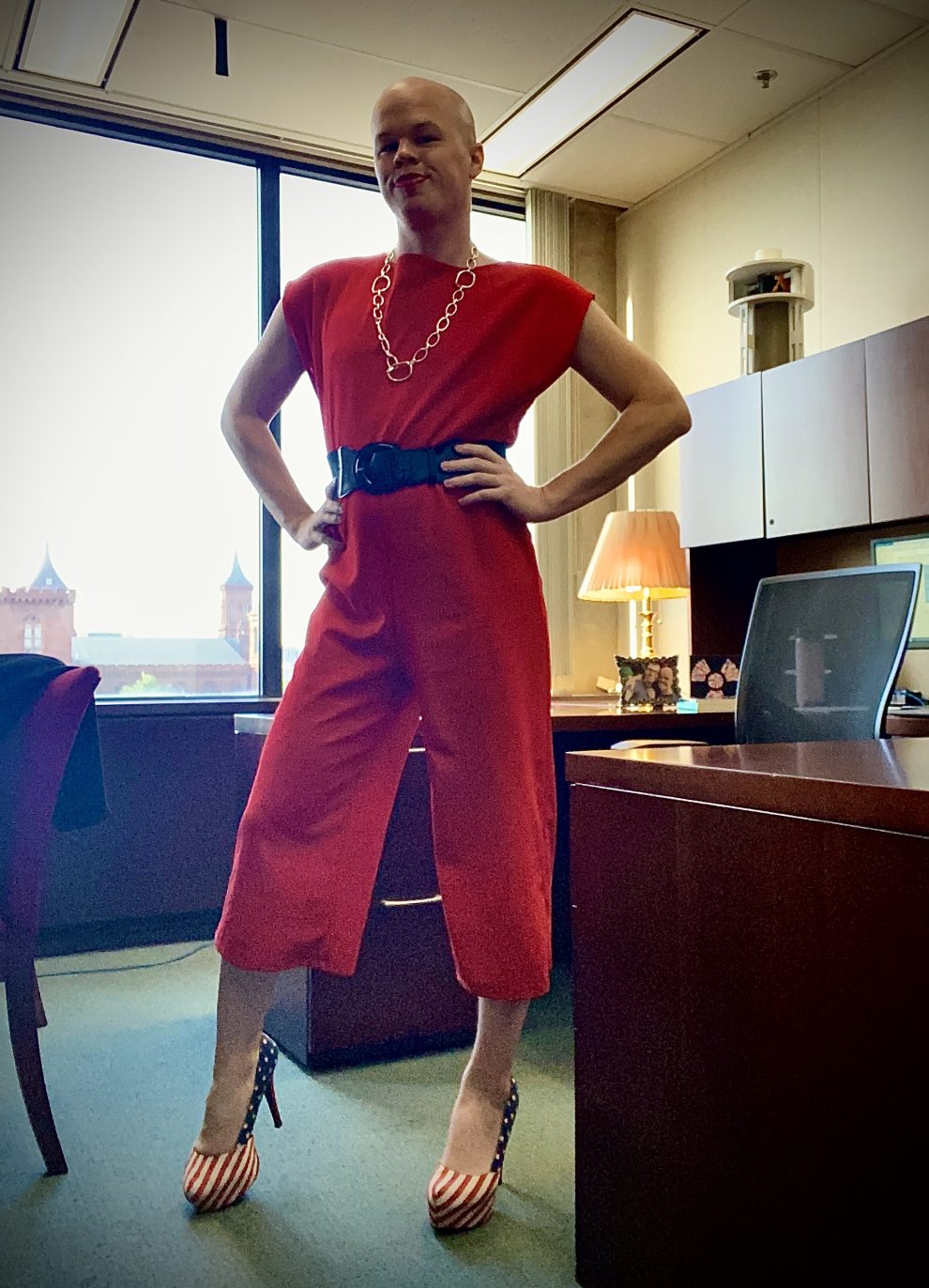 Despite facing two felony charges for stealing luggage, non-binary, cross-dressing, and gender-fluid nuclear waste official Sam Brinton still has his job, although his bio has been removed from the Department of Energy’s website.

All that it says now at https://www.energy.gov/ne/person/sam-brinton is “You are not authorized to access this page.” It’s hard to believe that Biden’s handlers could be capable of embarrassment over his arrests; after all, they hired Brinton in the first place, despite, or more likely because of, his gleeful flaunting of his bizarre perversions. Is stealing luggage really farther beyond what they consider acceptable than “puppy play”? And now a clinical psychologist has revealed even more unsavory details about Brinton, and that his warnings about this ostentatiously degenerate individual went unheeded. Of course.

Dr. Joseph Nicolosi, Jr. of the Reintegrative Therapy Association has revealed that he tried to alert people to Brinton long before the nuclear waste top dog started spiriting women’s suitcases away from baggage claim areas. “My colleagues and I,” said Nicolosi, “warned lawmakers in California and Massachusetts, and the LGBT activist groups which were sponsoring him, about Sam Brinton’s ever-changing story about abuse he allegedly underwent in therapy because of his LGBT attractions. But nobody cared, so Brinton’s testimony about his alleged experience played a key role in banning legitimate practices across the nation.”

According to Tyler O’Neil at the Daily Signal, Brinton was testifying against “‘conversion therapy,’ a term the American Psychiatric Association defines as being “based upon the assumption that homosexuality per se is a mental disorder or that a patient should change his/her homosexual orientation.” Although virtually every culture everywhere on the planet throughout human history, with the notable exception of our own in recent decades, has assumed that homosexuality was a disorder, this became a forbidden idea, a belief that dare not speak its name.

Brinton attacked conversion therapy based on his own bitter personal experience, but Nicolosi points out that the sly dog contradicted himself on numerous points. Nicolosi explains, “Brinton claims he was in torture therapy as a young child for years and can’t remember the therapist’s name. He later claimed the therapy took place in his twenties. But even as he was attacking therapies that don’t exist, he was engaging in sadomachism (sic) and simulated bestiality with young men and women. Of course, no one cared about his credibility until he got caught stealing luggage.”

Nicolosi also noted the extremely damaging consequences of the credulous acceptance of Brinton’s inconsistent testimony: “Think of all the damage that was done, preventing people from accessing legitimate trauma therapy, because lawmakers relied on Brinton’s clearly suspicious testimony. There are individuals who are open-minded about exploring their sexual attractions. They want to explore heterosexuality in therapy. But because of these laws, which ban torture therapy that doesn’t exist among licensed therapists, those individuals can’t get help.” Once again we see it: fascism and repression in the name of tolerance.

Nicolosi added that “the laws Brinton backed are so broad that they throw the baby out with the bathwater. Reintegrative Therapy is scientifically shown to decrease suicidality among men with same-sex attractions by addressing underlying traumas. Its evidence-based approach results in men increasing their heterosexual attractions and identity as a byproduct. Yet under California law, my patients’ right to legitimate, patient-led care is at risk.”

Why didn’t anyone check up on Brinton’s fanciful claims? Nicolosi enunciates the obvious: “Brinton’s story was too convenient for the narrative. I doubt that the many states which have banned legitimate therapy will reverse course now that he’s been outed.”

Indeed. It’s even unlikely that Brinton will face any long-term consequences for his luggage thefts. Even if he does lose his job at the Department of Energy, he’ll latch on with some other woke agency that is anxious to demonstrate its commitment to diversity and inclusion. He’s just too convenient for the narrative to be down for very long. We have by no means heard the last of him. Has anyone floated the idea of a 2024 presidential run for Sam yet?