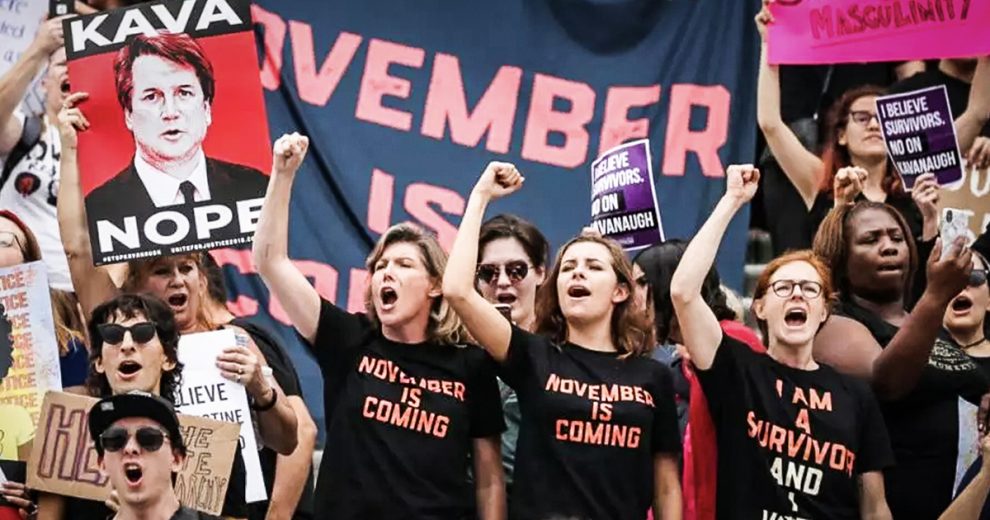 Aren’t you excited? The far-left has been hard at work trying to come up with a new way to demonize conservatives and anyone else who disagrees with their politics. Perhaps terms like “racist,” “homophobic,” and “sexist” have become too hackneyed even for progressives. Now, they just might be ready to introduce a new favorite smear, the way Steve Jobs used to present Apple’s latest iPhone.

So what’s the new word, you ask?

That’s right, folks. If you’re reading this, you’re likely a conservative/libertarian type, so this article is to let you know that to progressives, you are a Christofascist seeking to assert your religious morals on the rest of the nation — whether they like it or not.

Leftists have begun using this word far more often lately. It started near the beginning of May. Now, progressives on social media are throwing around the word like candy spilling from a beaten pinata. Here are just a few examples:

The manufacturer of the assault rifle used in the school massacre unsurprisingly gives off Christofascist groomer vibes, and their Trump-humping photographer is using the moment to hawk body armor pic.twitter.com/XzPkkI1i8L

There is absolutely nothing JUDEO about guns. This is just another christofascist trying to salvage their own greed and inhumanity.

You know what’s even more interesting? Google searches for “Christofascism” jumped at the beginning of May. Here’s a chart from Google Trends showing that searches for the word surged between May 1 and 7.

So, what earth-shattering event happened between those two dates?

You guessed it. Politico published its story about the leaked Supreme Court draft opinion indicated it will probably overturn Roe v. Wade, when the justices issue their ruling before the end of June.

The revelation had the pro-abortion crowd all in a tizzy at the prospect of fewer dead babies. The far-left has typically labeled pro-lifers as theocrats seeking to install a Christian fascist government to force everyone to adhere to the tenets of Christianity. It is why female pro-abortion activists dress up as characters from “The Handmaid’s Tale.” They are literally trying to convince the rest of the country that these wicked Christofascists are trying to gain enough power to oppress them.

Just look at how Salon’s Chris Hedges tries to fearmonger about the ominous rise of the Christofascists. He writes:

But that’s not all. Hedges also warns us that these religious zealots are set on starting holy wars:

The war industry loves the Christian fascists who turn every conflict from Iraq to Ukraine into a holy crusade to crush the latest iteration of Satan. The Christian fascists believe military power, and the “manly” virtues that come with it, are blessed by God, Jesus and the Virgin Mary. No military budget is too big. No war waged by America is evil.

But it gets even worse, dear reader. Apparently, the United States Supreme Court is made up of these purveyors of theocratic thought. Hedges writes:

These Christian fascists make up perhaps 30% of the electorate, roughly equivalent to the percentage of Americans who believe abortion is murder. They are organized, committed to a vision, however perverse, and awash in money. John Roberts, Samuel Alito, Amy Coney Barrett, Clarence Thomas, Neil Gorsuch and Brett Kavanaugh, mediocre jurists and Federalist Society ideologues who carry the banner of Christian fascism, control the Supreme Court.

It doesn’t take a rocket scientist to see that this is nothing more than mindless alarmism intended to manipulate people into believing those who disagree with progressive politics is equivalent to a Christian version of the Taliban. This isn’t the first time leftists have used this particular trope. The term “Christofascist” has been in existence since 1970. But it appears now, they intend to push this thing as far as they can go.

So, you can expect to have this particular epithet thrown at you whenever you express pro-life, or other forbidden viewpoints, dear reader. Indeed, I expect it to become a regular part of the progressives’ rotation when it comes to labels for their political opposition once the Supreme Court hands down its decision about Roe.

But, as I always say, we must remember the people making these accusations don’t actually believe them for the most part. They know there is no massive Christian fascist movement seeking to take power and then oppress women. But this type of thing is their bread and butter, right? What else would we possibly expect from these people?