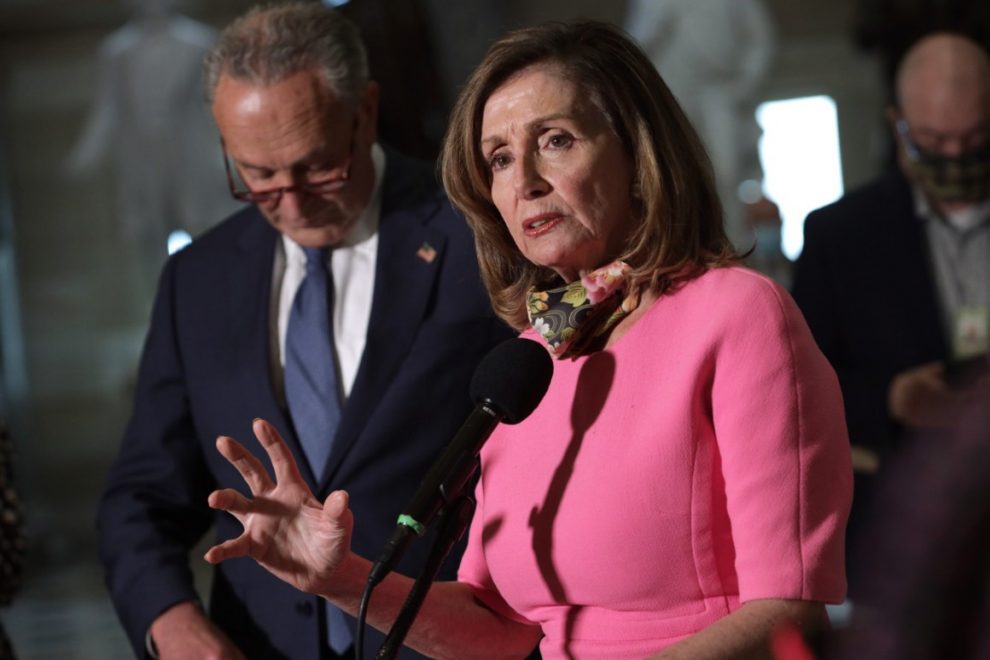 “What the president did is unconstitutional slop,” Pelosi said on “Fox News Sunday,” adding that the orders, rather than effectively getting more money to the unemployed and halting evictions, “are illusions.”

Host Chris Wallace countered that Trump made the announcement amid an extended impasse over the next round of coronavirus relief in Congress.

“Having no bill at all, not coming to any agreement, wasn’t going to provide any of that either,” he said.

Pelosi defended Democratic leaders’ efforts in the negotiations, saying they had offered compromises.

“What the president does doesn’t even accomplish anything he sets out to do in the categories he did, but we said to [Republicans], we’ll come down a trillion [dollars], you come up a trillion [dollars], and we’ll be able to have an agreement that meets the needs of the American people,” she said.

“We have to reach an agreement. Children are food insecure. Families are at the risk of being evicted. The virus is moving like a freight train,” Pelosi added. “The kindest thing I could say is he doesn’t know what he’s talking about or something’s wrong there — something’s very, very wrong.”

Pelosi added that to characterize the proposed executive actions, which reportedly include a smaller temporary federal unemployment benefit and a nationwide payroll tax cut, “as even accomplishing what they set out to do, something that would take the place of an agreement, is just not so.”

Pelosi also addressed reports that the intelligence community has found Russia intends to interfere in the 2020 elections and that China prefers former Vice President Joe Biden, the presumptive Democratic nominee.

“We have written to say, you have to release the information. The American people need to know what the Russians are doing in this case,” Pelosi said. She also criticized the grouping together of active Russian interference and Chinese preferences in the assessment.

“[China] is not really getting involved in the presidential election,” she said. “I take second place to no one on my criticism of China, but for them to give some equivalence is not telling the whole story.”