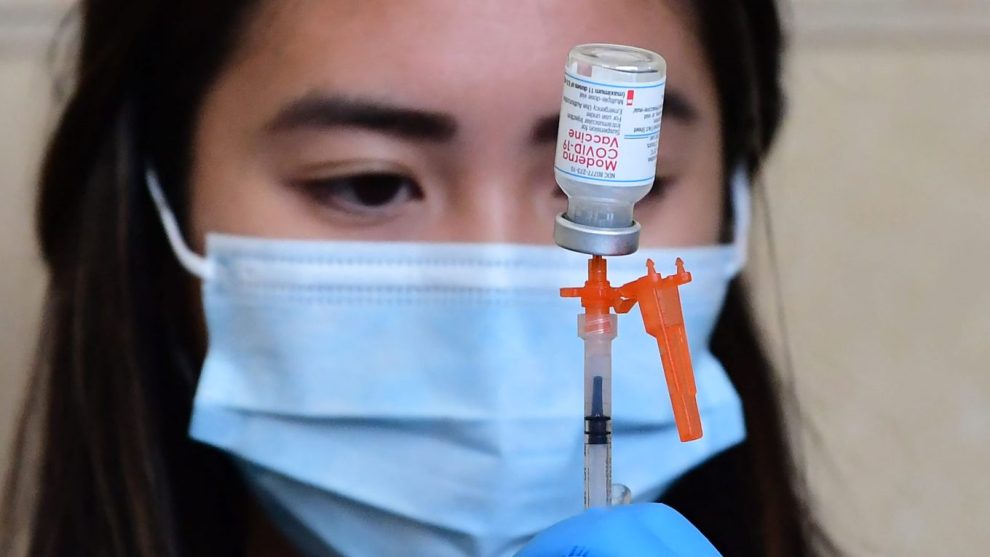 Newly updated Covid booster shots designed to target omicron’s BA.5 subvariant should be available within in the next three weeks. That begs an important question: Who’s going to be eligible to get them?

The short answer: anyone ages 12 and up who has completed a primary vaccination series, a Centers for Disease Control and Prevention spokesperson tells CNBC Make It. It’s unlikely to matter whether you’ve received any other booster doses or not before, the spokesperson says — but if you’re unvaccinated, you won’t be eligible for the updated formula until you complete a primary series with the existing Covid vaccines.

The longer answer is somewhat more complex, because it depends on which booster shots get approved and when.

Pfizer’s “bivalent” shot, which targets both the original Covid strain and omicron’s BA.5 subvariant, is expected to be authorized first. The CDC says it’ll likely come with a wide eligibility swath: the full group of vaccinated Americans ages 12 and up.

Moderna’s bivalent shot is expected to follow suit later, most likely in October. It’ll come with a somewhat narrower range of eligibility, at least at first: vaccinated people ages 18 and older. For both shots, younger pediatric age groups could become eligible later, the CDC says.

Those projections are tentative, at least for now. A person familiar with the matter told NBC News on Wednesday that it’ll hinge on how much supply Pfizer and Moderna are able to manufacture and roll out by next month. If that supply is limited, the shots could first be available to those most at risk, such as the elderly and immunocompromised.

Federal health officials believe the shots will provide the best level of protection against the highly transmissible BA.5 subvariant to date, especially in the fall and winter when a large wave of Covid infections is projected to hit the U.S.

“It’s going to be really important that people this fall and winter get the new shot. It’s designed for the virus that’s out there,” Dr. Ashish Jha, the White House’s Covid response coordinator, said at a virtual event hosted by the U.S. Chamber of Commerce Foundation on Tuesday.

“My general feeling is, no reason to wait, go get it, even if we’re only a few weeks away,” Jha said at the Chamber event. He added that people who get boosted now will still be able to get the BA.5 shot in a few months, when their immunity from the booster wanes.

Dr. Anthony Fauci, President Biden’s chief medical advisor, has also emphasized that all Americans should get vaccinated and boosted now if they aren’t up to date, noting that the country’s approved vaccines still work exceptionally well at preventing severe illness, hospitalization and death.

“If [people] don’t get vaccinated or they don’t get boosted, they’re going to get into trouble,” Fauci told Los Angeles radio station KNX News 97.1′s “KNX In Depth” earlier this month.

As for the BA.5 shot, experts are split over whether you should get it as soon as you’re eligible or wait to get it until cases rise in the fall or winter, in an attempt to maximize your immunity boost over those crucial months.

Andy Slavitt, a former senior advisor on Biden’s Covid response team, wrote in Twitter thread on Friday that some experts — including Fauci and Robert Wachter, chair of the department of medicine at the University of California, San Francisco — support the former approach.

“The other view is one no one wants to be on record for,” Slavitt wrote. “It’s that since we don’t know the duration of the boost, why not wait until October?”

If cases are low, should you wait until later in the Fall to take them rather than line up right away?

Opinions from experts are a bit split. (6)

″For lower risk people who want to have 4 months of coverage (a reasonable minimal expectation), some may choose to wait,” Slavitt added.