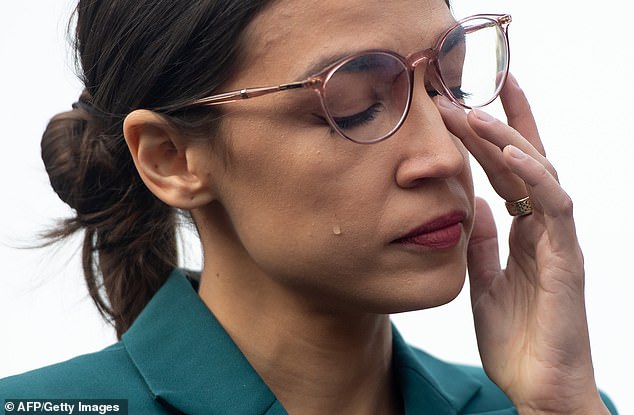 The battle over the admissions standards at New York City’s elite public high schools has heated up again. After having failed to change the standards last year, Mayor Bill de Blasio is back at it, this time with some backup from celebrity freshman Rep. Alexandria Ocasio-Cortez. As usual, their impassioned pleas about the lack of black and Hispanic students completely ignores that it is Asian, not white, students who would bear the brunt of the proposed changes.

At issue is the fact that these hyper-competitive high schools consider only a test score in deciding admissions. This meritocracy has created some of the best high schools in the world. They would have you believe that wealthy white parents game the system by hiring expensive tutors, but while they might, it’s not working. In fact, wealthy white kids are not dominating this process at all.

68% of all NYC public school students are Black or Latino.

To only have 7 Black students accepted into Stuyvesant (a *public* high school) tells us that this is a system failure.

Education inequity is a major factor in the racial wealth gap. This is what injustice looks like. https://t.co/89NKvXk4vg

Her math is correct, but what she fails to mention is that while Asian students make up only 15 percent of all students in New York, they are a whopping 74 percent of students at Stuyvesant, the school she references. She claims this is inequity and represents a racial wealth gap. But exactly what systems does she believe that New York City has in place that can explain the extraordinary achievements of Asian students? Are Asians getting better schools? More resources? In what way are Asians the beneficiaries of a racial wealth gap?

Don’t expect answers any time soon. This is a question Democrats and their allies in the news media have no answer for, and can barely even bring themselves to mention. The pebble in their shoe is that despite obvious racism that exists and has always existed towards Asian Americans, they succeed anyway, by almost every metric.

The biggest problem with Ocasio-Cortez and de Blasio’s position is not that it is unfair to high-achieving Asian students (it is), but that changing the admission process at elite high schools does absolutely nothing to solve the underlying problem. The real problem is that black and Latino kids are not currently achieving in ways we historically know they are capable of.

Changing the rules at Stuyvesant may result in 30 or 40 black students instead of 7, a big increase. Those students may do well, and the mostly Asian students they would displace may also do well in non-elite schools. But so what? This is a Band-Aid on a bullet wound. De Blasio and Ocasio-Cortez will congratulate themselves for diversifying Stuy, but the unfathomable failures we see in educating black and brown kids in New York City will be left unchanged.

Before looking at those, let’s establish that the idea that Asians are just genetically smarter is an absurd answer to this question that cannot possibly explain the vast gap in achievement. No, the first and foremost important factors are cultural. And that isn’t new. Fifty years ago it was Jews disproportionately filling these schools. The Asian community in New York City puts enormous value in education. This explains a lot of the disparity. This is just expected of these kids, and they value it.

More than that, Asians in New York City have a higher rate of two-parent households. This is an incredible advantage for their children academically. It fosters engagement with classwork and homework, and the ability for parents to spend more time focused on their children’s education.

This is an issue the left just refuses to admit is a problem. If only we spend more money on public schools, if only we lower standards, then it won’t matter what a child’s home life is like. The state will take its place. The state, rather than family, will instill a desire to thrive academically.

This is absolute and dangerous garbage. Public schools in Asian communities aren’t better funded or given better teachers, the funding and teachers just have the advantage of a community committed to education.

If Ocasio-Cortez and de Blasio get their way, a handful of black and Latino students will get a great opportunity at the expense of higher-scoring Asian students. But it will do nothing to change the deeper systemic and cultural issues that hold so many more back. Until progressives are ready to have a conversation about that, they should avoid “fixing” elite public schools that have been uplifting immigrants in New York City for generations.