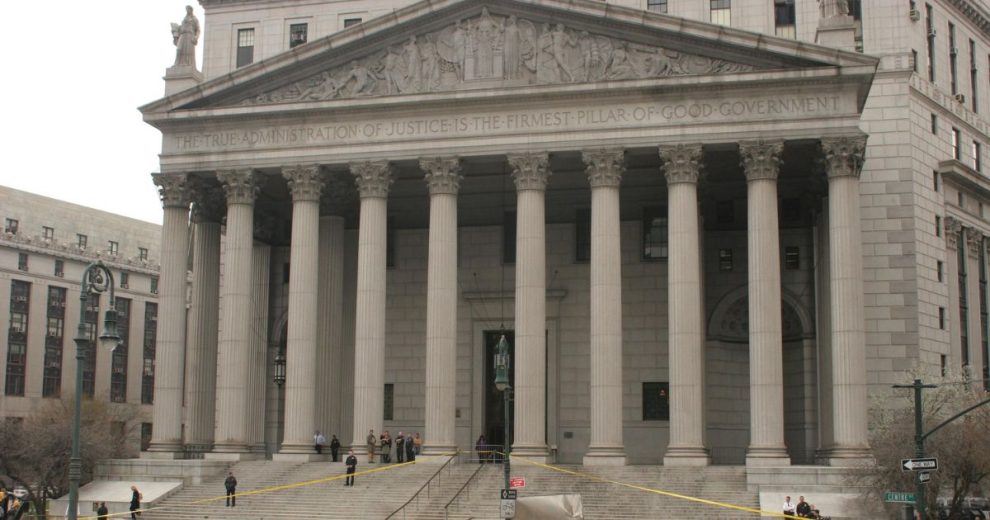 A New York State Supreme Court Judge ruled Monday that a New York City law, which would have permitted resident non-U.S. citizens in the city the right to vote, violated state law and the state constitution.

“There is no statutory ability for the City of New York to issue inconsistent laws permitting non-citizens to vote and exceed the authority granted to it by the New York State Constitution,” Staten Island Supreme Court Justice Ralph Porzio wrote in his 13-page ruling, according to the New York Post.

The judge said that the city’s December “Our City, Our Vote” would go against the state’s Election Law and Municipal Home Rule Law. These laws permitted only U.S. citizens above 18 to vote in state and local elections, according to the judge, the New York Post reported.

The law was set to come into effect in the state’s January 2023 elections, according to the Times.

Then former New York Mayor Bill de Blasio doubted the law’s survivability in the face of lawsuits, although he did not veto it.

“I still have a concern about it. Citizenship has an extraordinary value. People work so hard for it,” de Blasio said in December, according to the Associated Press.

In December, Borelli said that the law “devalues citizenship, and citizenship is the standard by which the state constitution issues or allows for suffrage in New York state elections at all levels,” the wire service reported.

Borelli welcomed the Monday ruling in a news release.

“Today’s decision validates those of us who can read the plain English words of our State Constitution and State statutes,” Borelli wrote in the news statement shared on his Twitter account.

The law’s proponents told Gothamist that the case’s outcome was not surprising since plaintiffs filed the lawsuit in Staten Island, a Republican-leaning part of the city.

“They went court shopping where they knew that the court would be favorable to them,” New York City Immigration Coalition head Murad Awawdeh told Gothamist.

“We’re gonna keep fighting to ensure that nearly 1 million New Yorkers who are building their families, paying taxes and investing in our communities have a say in their local democracy,” Awawdeh said, according to the Gothamist.

“That is what this comes down to,” Awawdeh added.