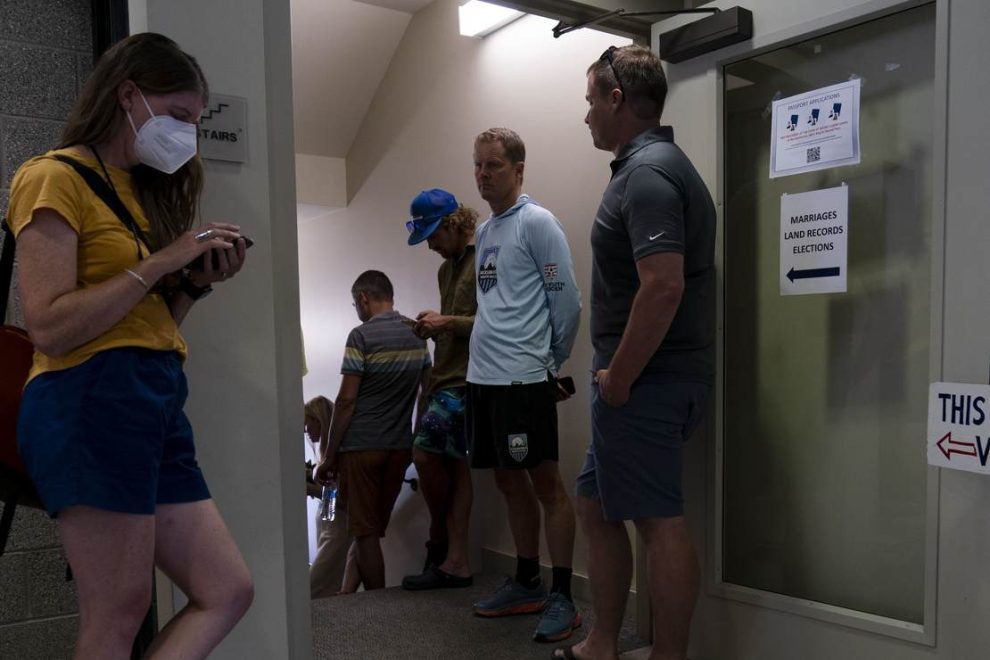 A new poll from Summit.org, in partnership with McLaughlin & Associates, shows that an increasing number of Americans do not believe absolute truth exists. All the talk about “my truth” and “her truth” has had a measurable effect. Instead of people viewing those phrases as a way to describe an opinion or a perspective, younger Americans believe truth can vary from person to person. In fact, a majority, 55%, of American voters aged 18-29 who expressed an opinion on the issue believe each person determines their own version of the truth.

Overall, 60% of American voters who expressed an opinion believe that there is absolute truth, and 40% believe each person determines their own version of the truth. Even though a majority seems to acknowledge the existence of objective truth, the fact that a number approaching half indicates it does not exist is frightening. It is even more concerning when you consider the current environment.

Perhaps cartoonist and public intellectual Scott Adams put it best. Before the 2020 election, he said Americans watched the same movie on two different screens. Some Americans experienced the Trump presidency through the lens of MSNBC, the New York Times, and other legacy network news channels. Others saw it through the eyes of Fox News, the Salem Media networks, and various podcasts. Few engaged with both sides of the aisle unless their job required them to.

So, while half of Americans who watch cable news waited with bated breath for the other shoe to drop on Russian collusion with Rachel Maddow, the other half learned from Tucker Carlson that Special Counsel Robert Mueller found nothing. Few voters know that court documents exonerated General Michael Flynn before President Trump pardoned him. Slightly more are aware that the only campaign that colluded with a Russian in 2016 was Hillary Clinton’s. Special Counsel John Durham’s findings received almost no legacy media coverage, leaving most of the country ignorant of the machinations of Igor Danchenko.

This phenomenon leads to a country filled with people who view almost every event from the day Donald Trump came down the escalator through today in radically different ways. The same two screens were playing throughout the pandemic. You can trace what people know about the origins of COVID-19, the risk from the virus, the vaccines and other treatments, and the efficacy of lockdowns directly back to the news and entertainment they consume.

However, there are objective truths about all of these issues. Hillary Clinton’s campaign paid for the Steele dossier and shopped it to law enforcement agencies. The nation and Trump’s presidency were held hostage by low-quality opposition research. Investigating it cost Americans around $40 million. COVID-19 was never dangerous for children, and the vaccines carry real risks, especially for men under 40. It is also most likely that the virus emerged from a lab in Wuhan, China, not a vat of bat soup.

“The number of Americans who say there is no absolute truth is alarmingly high. But among young adults, we have now officially passed the tipping point. The majority of youth now say that each person determines their own version of truth,” said Dr. Jeff Myers, president of Summit.org and the author of the new book Truth Changes Everything: How People of Faith Can Transform the World in Times of Crisis. “The loss of truth has grave consequences for community, justice, a sense of purpose, and mental health. I’m not aware of any civilization that has abandoned reality to this extent and survived.”

With a contentious election looming, the potential ramifications of a significant number of voters believing the truth varies from individual to individual are troubling. Voters look at different polls, view the last election differently, and watch different coverage of the candidates. People who watch MSNBC may sincerely believe presidential historian Michael Beschloss when he says that if Republicans win, their children “will be arrested and conceivably killed.” Other people who watched President Biden’s last appeal to voters believe him when he says election results will be delayed. Because they believe Democrats will cheat.

What can Americans who see this trainwreck barreling toward us do? Take in as much information as possible and use their voice. According to the poll, 81% of American voters who expressed an opinion believe that one person standing for their beliefs in a time of crisis has the power to bring change. “The good news is that Americans still hold out hope that each person can make a difference,” Myers observed. “If there ever was a time to stand for truth, it is now.”