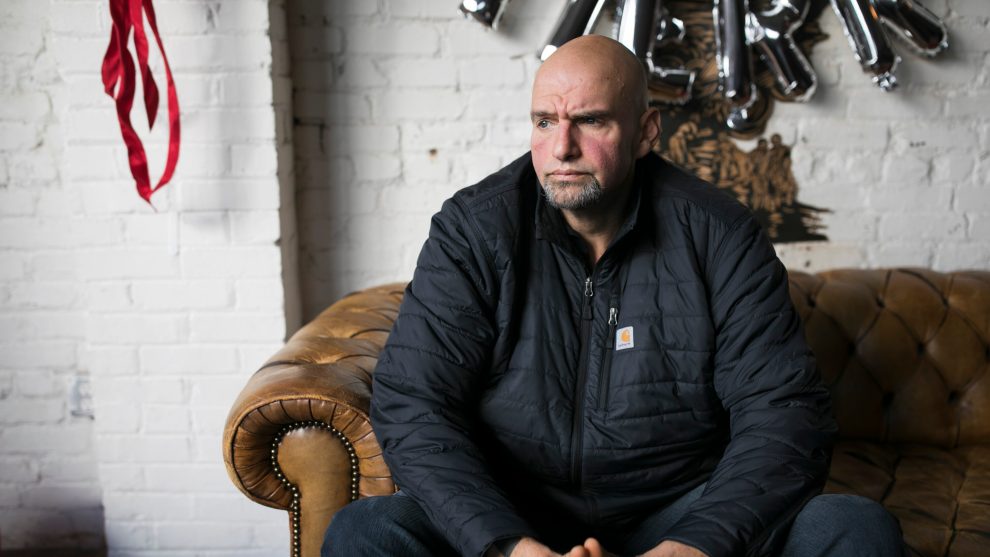 It’s stunning that Democrats managed to drag John Fetterman across the finish line, given his condition.

The man has trouble comprehending speech and forming words.

And yet, one host on MSNBC is already talking about Fetterman in terms of the 2024 election.

MSNBC’s Katy Tur suggests Fetterman could run for president: ‘Makes you wonder about his future’

Tur floated the viability of, “Fetterman, as a nominee at some point for president,” before later going on to say that his record for surpassing President Biden and former President Trump’s vote share in the state.

MSNBC host Andrea Mitchell declared that she had extensive experience with Pennsylvania, and praised Fetterman for making so much progress with voters.

“I spent a lot of time covering this race, and with Pennsylvania politics, going back some decades, and I started my career there, but the fact that John Fetterman did, first of all, so much better with White non-college-educated voters. Better than Biden, better than Trump, so he ran ahead of both of them, but he also, you know, did fairly well in the cities and in the [unintelligible] counties.”

Deranged libs on MSNBC are already salivating over a Fetterman Presidential run:

"It just makes you wonder" pic.twitter.com/flV9sdSytl

This might sound insane but then remember who is currently the president.

This is a whole new thing for the left. Just install a warm body who they know will do their bidding.

It worked with Biden, didn’t it?