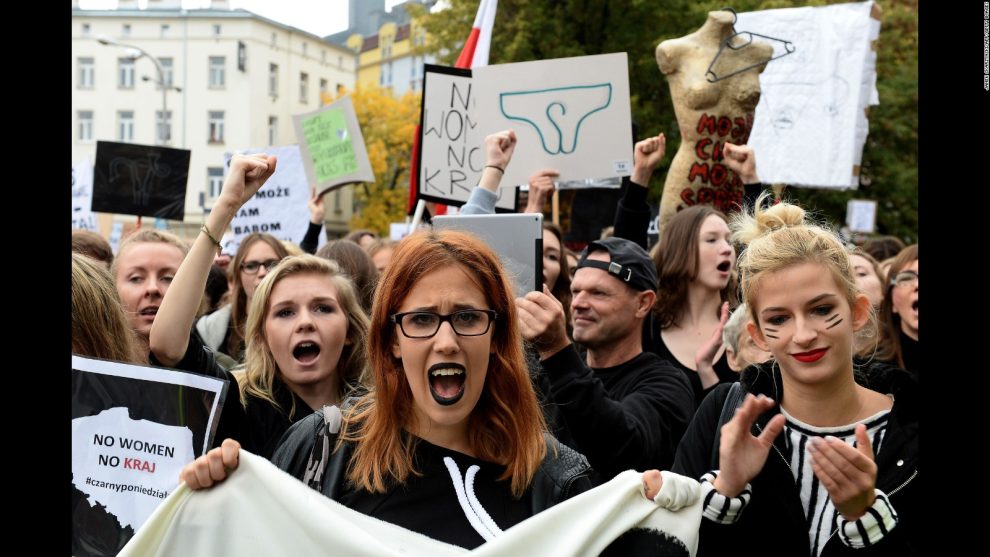 Since the US Supreme Court demolished the fake science and constitutional law underpinning the abortion industry, Molochites have been searching for cases to illustrate various fantasies about how not being able to butcher your own baby removes women’s autonomy and makes their lives dangerous.

A few weeks ago, we saw the trial run of the “rape and incest” exception. In this episode, we were told that a pregnant ten-year-old was forced to flee Ohio for Indiana to obtain an abortion (see Reporting on 10-Year-Old’s Abortion Tale Without Committing Journalism). This despite Ohio Attorney General Dave Yost issuing an “explainer” on how Ohio’s law would have permitted this girl to have an abortion.

Other narratives the Molochites are trying to push are women being imprisoned for having an abortion and social media being used to arrest women who have had an abortion. In Nebraska, they think they have found their twofer.

A Nebraska teenager is facing criminal charges alleging she aborted a fetus in violation of state law, after authorities obtained her Facebook messages using a search warrant. Seventeen-year-old Celeste Burgess, who is being tried as an adult along with her mother Jessica Burgess, is awaiting trial in Madison County District Court on charges that they broke a Nebraska law banning abortions after 20 weeks.

This marks one of the first instances of a person’s Facebook activity being used to incriminate her in a state where abortion access is restricted — a scenario that has remained largely hypothetical in the weeks following the US Supreme Court’s decision to overturn Roe v. Wade. Nebraska currently outlaws abortions beyond 20 weeks. On Monday, Republican lawmakers in the state failed to secure enough votes to decrease that window to 12 weeks.

Before we go any further, let’s recap Nebraska’s current abortion law. This description is from the pro-abort Guttmacher Institute.

In Nebraska, the following restrictions on abortion were in effect as of June 28, 2022:

– A patient must receive state-directed counseling that includes information designed to discourage the patient from having an abortion, and then wait 24 hours before the procedure is provided.

-Abortion is covered in insurance policies for public employees only in cases of life endangerment, unless individuals purchase an optional rider at an additional cost.

-The use of telemedicine to administer medication abortion is prohibited.

-The parent of a minor must consent before an abortion is provided.

-Public funding is available for abortion only in cases of life endangerment, rape or incest.

-An abortion may be performed at 20 or more weeks postfertilization (22 weeks after the last menstrual period) only in cases of life endangerment or severely compromised health. This law is based on the assertion, which is not consistent with scientific evidence and has been rejected by the medical community, that a fetus can feel pain at that point in pregnancy.

-The state requires abortion clinics to meet unnecessary and burdensome standards related to their physical plant, equipment and staffing.

-The use of a safe, effective and commonly used method of second trimester abortion is prohibited. Abortions using dilation and evacuation are permitted only in cases of life endangerment or severely compromised physical health.

The story is a bit more complicated. This is the story from the Lincoln Journal Star.

A Norfolk woman is facing five criminal charges — including three felonies — alleging she helped her teenage daughter abort, burn and bury her fetus earlier this year.

Jessica Burgess, 41, pleaded not guilty and is awaiting trial in Madison County District Court. Her then-17-year-old daughter Celeste Burgess — who is being tried as an adult — also pleaded not guilty to three charges, including a felony.

A Norfolk police detective launched his investigation in late April, chasing a tip that Celeste Burgess had miscarried and that she and her mother had buried the body, according to a search warrant affidavit.

The detective obtained her medical records, and determined she’d been more than 23 weeks — or nearly six months — pregnant at the time, and was expected to deliver July 3.

When [the detective] interviewed them a few days later, they told him Celeste Burgess had unexpectedly given birth to her stillborn baby in the shower, in the early morning hours after midnight, court records say.

On April 29, they showed the detective where — on a property owned by the man’s parents. He told investigators the mother and daughter had tried to burn the body before it was buried. And when authorities exhumed it, it showed signs of what the detective called “thermal wounds.”

But the investigation wasn’t over. A week after the two were charged, the detective served a search warrant on Facebook, to get access to their accounts.

He found messages between them suggesting Jessica Burgess had obtained abortion pills for her daughter, and gave her instructions on how to take them.

“C. Burgess talks about how she can’t wait to get the ‘thing’ out of her body and reaffirms with J. Burgess that they will burn the evidence afterward,” the detective wrote.

A month later, Madison County Attorney Joseph Smith added two more felonies to the charges against Jessica Burgess — for performing or attempting an abortion on a pregnancy at more than 20 weeks, and performing an abortion as a non-licensed doctor.

Let’s review the bidding. First, Nebraska bans abortion after 20 weeks with exceptions for the health and life of the mother. The state also requires abortions to be performed by a physician.

In this case, the baby was aborted at 22 weeks. The abortion was carried out without the services of a doctor. The mother and daughter were aware of the limits and discussed the matter on social media. Apparently, they had never watched The Wire.

If the pro-aborts want to ride this particular hobby horse, I’m okay with them doing so. The image of a woman attempting to burn her illegally aborted, viable baby is not something I’d care to defend, but I never cared to defend infanticide in the first place.