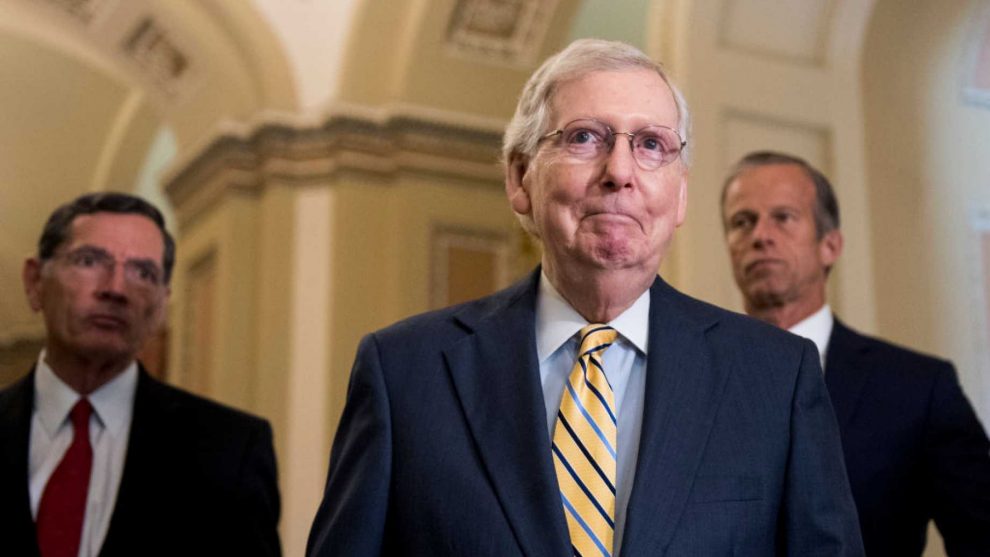 McConnell received 37 “yes” votes and ten votes against, with one senator voting present.

The votes against McConnell mark the first time he has received a “no” vote as leader, a sign the Republican Party has begun to turn against his establishment agenda.

“I don’t own this job,” McConnell told reporters after the vote. “Anybody who wants to run for it can feel free to do so. So I’m not in any way offended by having an opponent or having a few votes in opposition.”

First elected as GOP leader in 2006, with McConnell’s reelection he will likely become the longest serving Senate party leader in history.

Under McConnell’s leadership, the nation has struggled.

The national debt has increased more than $20 trillion, illegal immigration has persisted, real wages for American workers have remained stagnant, Obamacare was enacted in 2010, big banks were bailed out in 2008, social media companies have silenced individuals without repercussions, and Dr. Anthony Fauci remains unaccountable for allegedly twice lying to Congress.

McConnell’s reelection was challenged on Tuesday by Scott, who argued against the status quo and for a plan to advance conservative principles. His challenge gained considerable support, considering that McConnell holds significant power over the conference.

“Despite what the armchair quarterbacks on TV will tell you, there is no one person responsible for our party’s performance across the country,” Scott blamed McConnell for the midterm election failures. “If you simply want to stick with the status quo, don’t vote for me.”

After Scott announced his bid, McConnell appeared unfazed. “I have the votes. I will be elected,” McConnell told reporters.