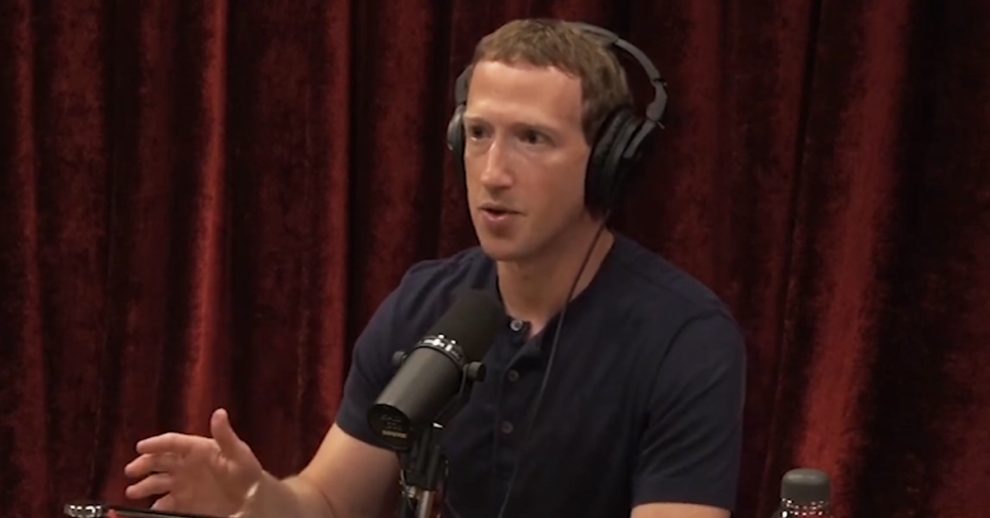 This is a MASSIVE win for Free Speech and against Big Tech Censorship.

The Gateway Pundit previously reported in May that Missouri Attorney General Eric Schmitt, along with Louisiana Attorney General Jeff Landry, filed a lawsuit (Missouri v. Biden) against the Biden Administration, including Biden himself, Anthony Fauci, the Department of Homeland Security, and nearly a dozen federal agencies and Secretaries.

The suit alleges a massive coordinated effort by the Deep State to work with Big Tech to censor and manipulate Americans – from average citizens to news outlets – on issues including the Hunter Biden Laptop from Hell, 2020 Election Integrity, COVID-19 origin and extent skepticism, COVID-19 vaccine skepticism, among other issues.

Here’s a copy of the First Amended Complaint below:

The defendants in the case include:

JOSEPH R. BIDEN, JR., in his official
capacity as President of the United States;

VIVEK H. MURTHY, in his official
capacity of Surgeon General of the United
States;

XAVIER BECERRA, in his official
capacity as Secretary of the Department of
Health and Human Services;

DEPARTMENT OF HEALTH AND
HUMAN SERVICES;

DR. ANTHONY FAUCI, in his official
capacity as Director of the National Institute
of Allergy and Infectious Diseases and as
Chief Medical Advisor to the President;

CENTERS FOR DISEASE CONTROL
AND PREVENTION;

CAROL Y. CRAWFORD, in her official
capacity as Chief of the Digital Media
Branch of the Division of Public Affairs
within the Centers for Disease Control and
Prevention;

UNITED STATES CENSUS BUREAU,
a.k.a. BUREAU OF THE CENSUS;
JENNIFER SHOPKORN, in her official
capacity as Senior Advisor for
Communications with the U.S. Census
Bureau;

ALEJANDRO MAYORKAS, in his official
capacity as Secretary of the Department of
Homeland Security;

ROBERT SILVERS, in his official capacity
as Under Secretary of the Office of
Strategy, Policy, and Plans, within DHS;

SAMANTHA VINOGRAD, in her official
capacity as Senior Counselor for National
Security in the Office of the Secretary for
DHS;

JEN EASTERLY, in her official capacity as
Director of the Cybersecurity and
Infrastructure Security Agency;

NINA JANKOWICZ, in her official
capacity as director of the so-called
“Disinformation Governance Board” within
the Department of Homeland Security,

This evidence was submitted to the Louisiana Federal Court. See it here:

The case reached a CRUCIAL turning point in July, when AG Schmitt and his team won a huge victory. They persuaded the federal judge to grant them limited discovery (investigatory powers) BEFORE the Court would decide the government defendants’ collective motion to dismiss this case.

See also  Unexpectedly, the USAF Finds Itself With a Critical Shortage of Pilots While It Says It Has Too Many White Officers

We wrote about it here.

In August, we reported that TGP’s Jim Hoft himself became the lead non-governmental plaintiff in the lawsuit against the government.

Since then, the AG Schmitt’s team has been engaged in a slug-fest with the government and Big Tech to turn over the demanded documents. Neither the government nor Big Tech want to disclose the damning evidence against them and they’ve fought like hell to stop the disclosure.

However: THEY’RE LOSING. FREEDOM IS WINNING.

Zuckerberg’s admission is a turning point in the battle for the preservation of the First Amendment and Free Speech in America. It’s a political and legal earthquake.

NOW, the government’s collusion with Big Tech to censor American’s is decisively NOT CONSPIRACY THEORY, but conspiracy FACT. And we know this because billionaire boy god Zuckerberg admitted it himself.

But why would Zuckerberg admit this? Because he’s being forced to turn over documents in the Missouri v. Biden lawsuit, and the efforts of the Missouri and Louisiana Attorneys General.

He and his pathetic PR team are trying to get ahead of the news cycle on this. But he has failed.

This admission will eventually prove to be the death knell of previously unstoppable Big Tech censorship.