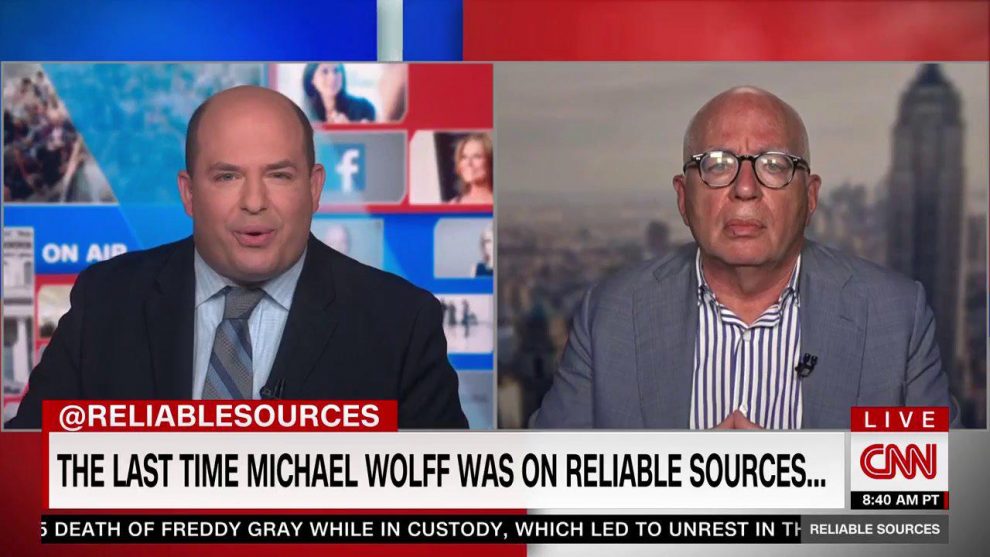 CNN anchor Brian Stelter was criticized by author Michael Wolff on “Reliable Sources” on Sunday for being sanctimonious.

Stelter said, “Can I ask you about something four years ago, the last time you were on the show. I think I know what you did. You came on “Reliable Sources,” this was like three weeks into the Trump presidency. Trump was brand new, and people were saying that he hated the media and the media hated him. You came on and called me ridiculous and bashed the media. And then the next day, Trump called you, and you chatted for half an hour, and you were all friendly, and he said come on, visit the White House, come hang out with me in the White House. Is that how you got access by coming on CNN and making fun of us? I’m just curious.”

Wolff said, “No. I mean, my agreement to go into the White House predated that.”

Stelter said, “Oh. But Trump did call you the next day and thanked you.”

Wolff said, “He did. He did. That’s what Trump does. He has spent most of his administration seeing people on television and immediately calling them.”

Stelter said, “But maybe that’s how it works sometimes, huh? Is that how it works? That’s how you got access?”

Wolff said, “Yeah, but I don’t want you to think that what I said at that point was in any way inauthentic. I think the media has done a terrible job on this. I think you yourself, while you’re a nice guy, you are full of sanctimony. You become one of the problems of the media. You come on here, and you have a monopoly on truth. You know exactly how things are supposed to be done. You know, you are why one of the reasons people can’t stand the media. I’m sorry.”

While laughing, Stelter said, “You’re cracking me up.”

Stelter said, “So what should I do differently, Michael?”

Wolff said, “You know, don’t talk so much. Listen more. You know, people have genuine problems with the media. The media doesn’t get the story right. The media exists in its own bubble.”

Wolff said, “You know, you’ve got to stop. I mean that last segment that I just had to listen to, of all of the people saying the same old stuff. Also, you’re incredibly repetitive. It’s week after week. You’re the flip side of Donald Trump. You know, fake news, and you say virtuous news.”