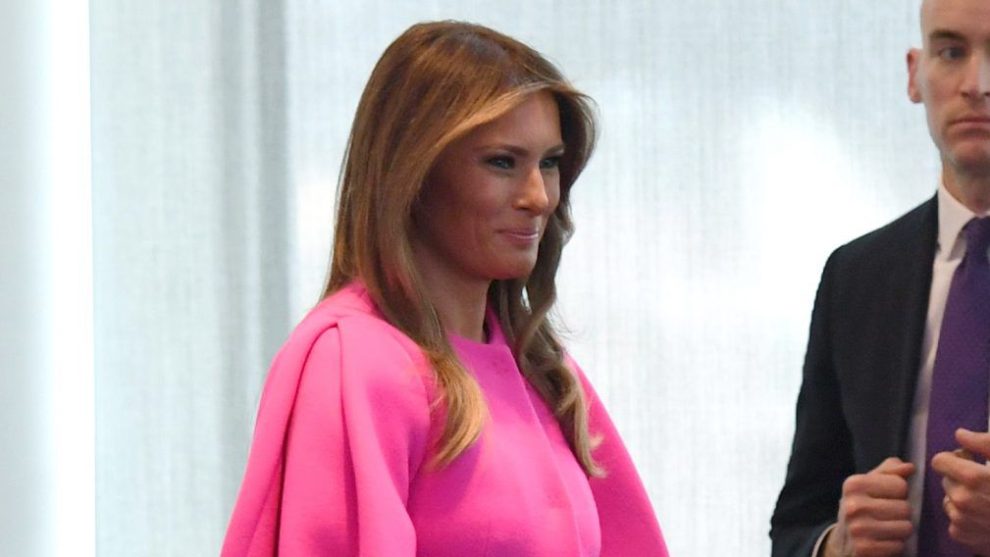 Former first lady Melania Trump reportedly bought a new wardrobe after the FBI “contaminated” her clothes when they searched her room as part of last month’s raid on Mar-a-Lago.

Trump would not feel comfortable wearing any of the clothes FBI agents touched, a friend told Radar Online.

“Melania doesn’t like the idea of strangers going rifling through her things. Who knows who touched her underwear during the raid?” Trump’s friend said. “She’s never going to feel comfortable wearing those ever again.”

“Just learned that agents went through the First Lady’s closets and rummaged through her clothing and personal items. Surprisingly, left area in a relative mess,” Trump posted on Truth Social. “Wow!”

Melania Trump’s friend noted that she is a “bigger germaphobe” than the former president, who Politico once described as “the most germ-conscious man to ever lead the free world.”

“Most people don’t know that Melania is a bigger germaphobe than her husband. She hates people touching her and certainly doesn’t want to put on lingerie that FBI agents have had their hands all over,” the friend added.

The former first lady’s friend also told Radar Online that Melania Trump bought a new wardrobe and trashed any clothes that were “contaminated” by the FBI agents.

“This is her home. It’s her bedroom. Even her husband isn’t allowed in her bedroom,” the friend said. “Even if they wore gloves, it is still strangers going through your underwear drawers. She has already bought new underwear and thrown everything that has been contaminated away.”

In addition to Melania Trump’s room, the FBI raided Donald Trump’s office and broke into his safe. A recently unsealed property receipt revealed that more than 50 “classified” folders the FBI seized were empty.