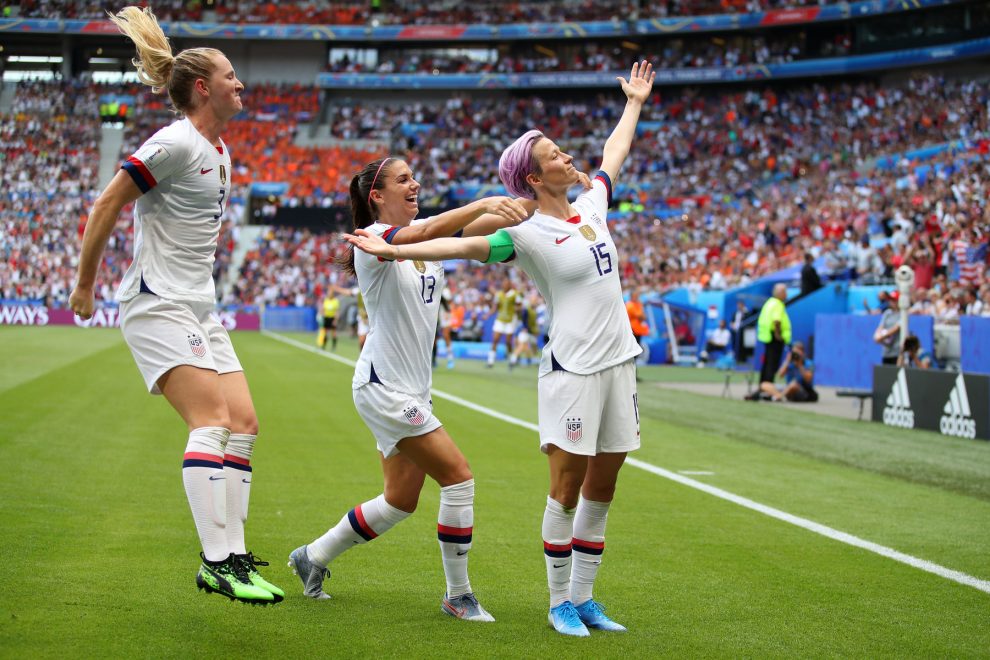 The team received mounds of criticism which some on the team are not used to. The media hit the team for their poor performance. Sweden crushed the U.S. team to end a 44-game win streak in a rare loss. Rapinoe says she saw a good amount of it.

“I know what it is,” she said according to Yahoo Sports. “I’m on social media. I’m not a hermit.” Rapinoe sounded like she enjoyed the onslaught of criticism. The report noted that the athlete sees criticism as a sign of respect.

After the U.S. woman’s team played New Zealand and won 6-1, Rapinoe said, “I always welcome the criticism.” But, she added, “For women’s sports, criticism in the media still needs to get better.”

But, Rapinoe means “better,” not softer or less. Yahoo Sports notes the athlete has kept a close eye on other men’s popular sports where no one connected to the team is safe from getting “debated, ripped, scolded or anything else” by the media.

“I don’t mind that stuff. I think everything they said was right. We didn’t play well. Sweden did get the better of us,” she added.

Of course, much of the anger directed at the U.S. women’s team wasn’t based solely on their performance. Instead, it was fueled, in large part, by the team’s repeated disrespect towards the flag and anthem.

Rapinoe’s teammate, midfielder Julie Ertz said, “The beauty of the sport is you learn a lot every game, regardless if you win or lose. … “I actually think you learn more when you lose.”

“Being in a position where all of my careers we are one of the best teams or the best team in the world, if you can’t take that kind of criticism, then you are probably not going to be here that l