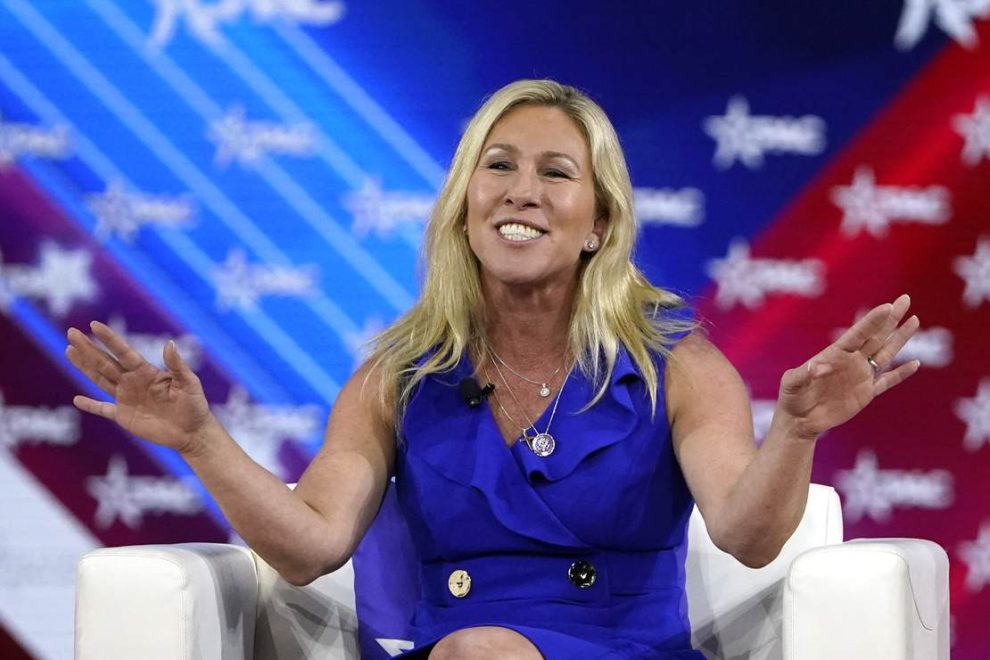 While most Americans are worried about relevant problems like inflation and the border crisis, CNN remains laser-focused on the all-important issue of January 6th. That led to Jim Acosta, who made his name by being a dramatic hack during the Trump years, attempting to confront Rep. Marjorie Taylor Greene over a text message she supposedly sent relating to martial law following the 2020 election.

What followed was one of the better takedowns I’ve seen this year, with Greene taking apart Acosta’s narrative, making him actually read the text message in question (which he’s been misrepresenting), and leaving the CNN host stammering about how she’s “defensive.”

This is worth the three minutes. Watch it all.

I am repulsed that people gladly take a paycheck to lie and mischaracterize me like this guy, Jim @Acosta.

I want to think good things about the press, but they behave like this and it makes me sick to my stomach. pic.twitter.com/jSOUPK9RM4

The first thing that strikes me about this is how bad Acosta is at his job. He tries to play the “tough guy” journalist, and just comes across as pathetic. He clearly didn’t do his research, or he expected Greene to have not done hers. If you are going to confront something like this, you better have all your facts in a row. Acosta didn’t.

So, what’s the substance here? Well, there’s a text message that Greene allegedly sent (though, she hasn’t confirmed it was hers) that the media have been spinning as a direct call for martial law. In reality, the text says “I do not know” in regards to what was mentioned. When Acosta tried to pin Greene down, she hilariously made him read the text out loud back to her, proving that his framing was false.

That’s when the CNN host begins to stammer on about how defensive she is, having had his talking point blown up. That’s an incredibly weak response, though. When you get proven wrong about something, to come back with “well, why are you being so defensive” is bush league. It shows that Acosta had no argument, so he was left fishing again. Greene, to her credit, didn’t take the bait and kept pushing back to the point where he couldn’t do anything but talk himself in circles.

In summary, Acosta continues to believe he’s far more capable than he is. As Ben Shapiro says, “find you someone who loves you as much as Jim Acosta loves himself.” That’s what makes this all the funnier. He’s so clearly out of his depth, having been inexplicably elevated because he asked stupidly biased questions to Trump, and now he’s left following around marginal congresswomen, misrepresenting the facts. When CNN begins its expected purge under its new leadership, you can expect Acosta to be one of the casualties.