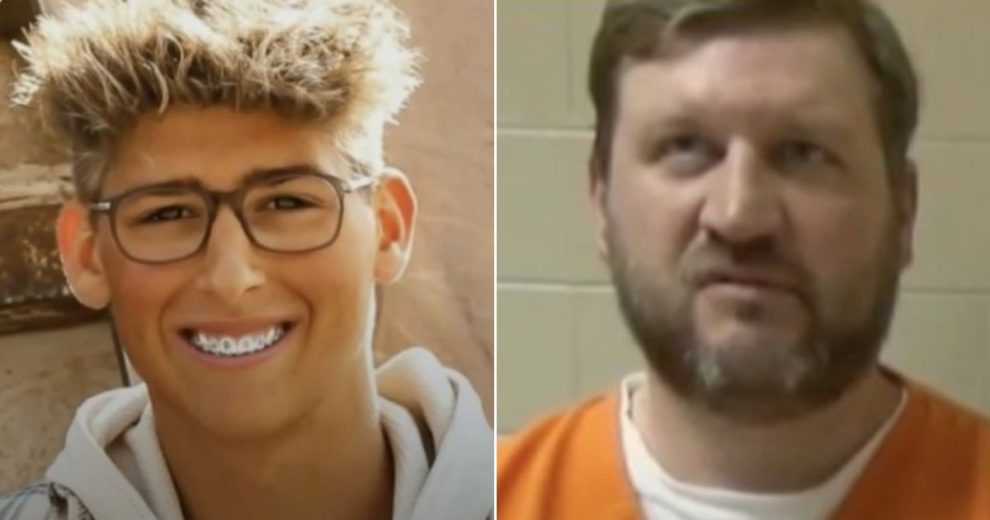 A North Dakota man is accused of intentionally running over and killing an 18-year-old over a political dispute early Sunday.

Just prior to the hit-and-run attack, the teen had frantically telephoned his mother to say someone was chasing him.

Shannon Brandt, 41, called 911 around 2:35 a.m. to report that he had hit a pedestrian with his vehicle in an alleyway in McHenry, N.D, according to KVLY-TV. He allegedly told the dispatcher he chased down the teen because he “was part of a Republican extremist group and that he was afraid they were ‘coming to get him,’” according to the news outlet.

The victim was identified as Cayler Ellingson of Grace City. Ellingson had just attended a street dance and his mother was on her way to pick him up.

BREAKING: 41-year-old driver admits to intentionally running over and killing Republican teenager in North Dakota due to political dispute https://t.co/LWiapeNfmo

Deputies found Brandt at his home in Glenfield, N.D., about 9 miles away.

Brandt told sheriff’s deputies that he initially left Ellingson lying where he was struck, only to return later and call 911. He fled again before deputies arrived. He also reportedly told authorities that he’d been drinking.

Just before the incident, Ellingson called his mother and asked her if she knew Brandt, according to court documents, KVLY reported. She told him yes, and told her son she was on her way to pick him up.

Shortly after, Ellingson called his mother again and told her that “he” or “they” were chasing him.

She was unable to reach her son again after that.

Ellingson was later pronounced dead at a nearby hospital.

A person murdered a teen in McHenry, North Dakota, accusing him to be a right-wing extremist. Cayler Ellingson, 18, called his mother for help saying he was being pursued. He was found dead. The suspected killer, Shannon Brandt, is held on $50k. https://t.co/XqZTJtmVLf

The local news outlet reported that, according to the Stutsman County website, Brandt is charged with criminal vehicular homicide and DUI. His bail was set at $50,000.

“We are still trying to determine what, exactly, transpired at the time of crash and prior to that as well,” North Dakota Highway Patrol Captain Bryan Niewind told InForum.

“We do not know of any witnesses,” Niewind added.”We are still making attempts to interview potential witnesses from the street dance, people that were present prior to the crash happening.”

Brandt faces at least 10 years in prison if convicted due to a prior DUI on his criminal record according to InForum. The outlet reported the maximum sentence Brandt could serve is 20 years.

North Dakota State Troopers added that they may recommend more serious charges as the investigation develops.

A GoFundMe has been set up by a family friend of Ellingson’s mother, Nicole Clifton Geiszler.

In a statement on the fundraising site, Geiszler wrote, “Unfortunately, in the early hours on Sunday, September 18, 2022 their lives changed forever. Cayler was taken way too soon from them.”

Geisler added, “Cayler … went to heaven and will be missed by his Mom, Dad, Brother, Uncles, Aunts, cousins many Family and Friends.”