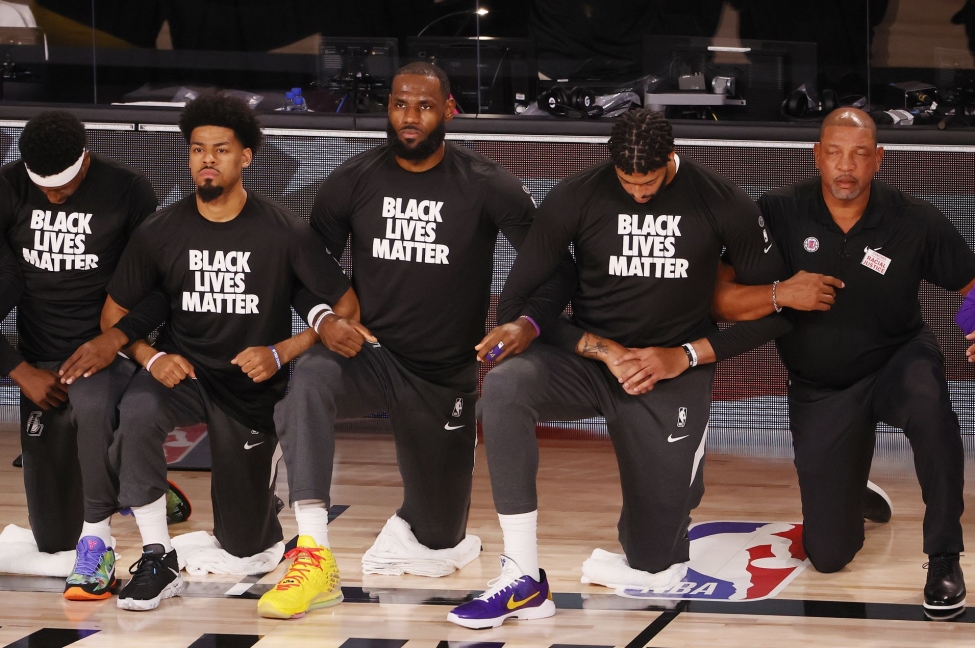 The NBA made their biggest social justice protest yet on Wednesday, when players decided to boycott three playoff games due to their frustrations over the police-involved shooting of Jacob Blake.

Then, the league’s biggest star took to Twitter to double-down on the players moves.

LeBron James sent a simple and explicit message to his 47 million Twitter followers, about exactly where he and the players stood: FUCK THIS MAN!!!! WE DEMAND CHANGE. SICK OF IT

FUCK THIS MAN!!!! WE DEMAND CHANGE. SICK OF IT

James’ tweet comes in the wake of the decision of the Milwaukee Bucks, and several other players and teams, deciding to not play their three playoff games on Wednesday. Believing instead, that their efforts could be better utilized fighting for social justice.

As the Associated Press reports:

The dramatic series of moves began when the Bucks — the NBA’s team from Wisconsin, a state rocked in recent days by the shooting by police officers of Jacob Blake, a Black man — didn’t take the floor for their playoff game against the Magic. The teams were set to begin Game 5 of their series shortly after 4 p.m., with the Bucks needing a win to advance to the second round.

Players had been discussing boycotting games in the bubble after the shooting of Blake by police in Kenosha, Wisconsin. More discussions were scheduled Wednesday, but even before that the Bucks apparently decided they would act.

‘Some things are bigger than basketball,’ Bucks senior vice president Alex Lasry tweeted. ‘The stand taken today by the players and (the organization) shows that we’re fed up. Enough is enough. Change needs to happen. I’m incredibly proud of our guys and we stand 100% behind our players ready to assist and bring about real change.’

There are three other playoff games scheduled Thursday. It was unclear if they would be affected. Several NBA players, including LeBron James, tweeted out messages demanding change and the Boston Celtics’ official Twitter account did the same.

As ESPN NBA reporter Adrian Wojnarowski reports, the entire remainder of the NBA season is is jeopardy.

Emotions are raw, players were already worn out of bubble environment prior to the Jacob Blake shooting and sources say discussions within teams are ongoing about postponing tomorrow's three games too — and beyond. "The season is in jeopardy," one vet player here tells ESPN.

According to Wojnarowski, whether the league finishes out the remainder of its season depends largely on the outcome of a players meeting scheduled for Wednesday night at 8 PM EST.