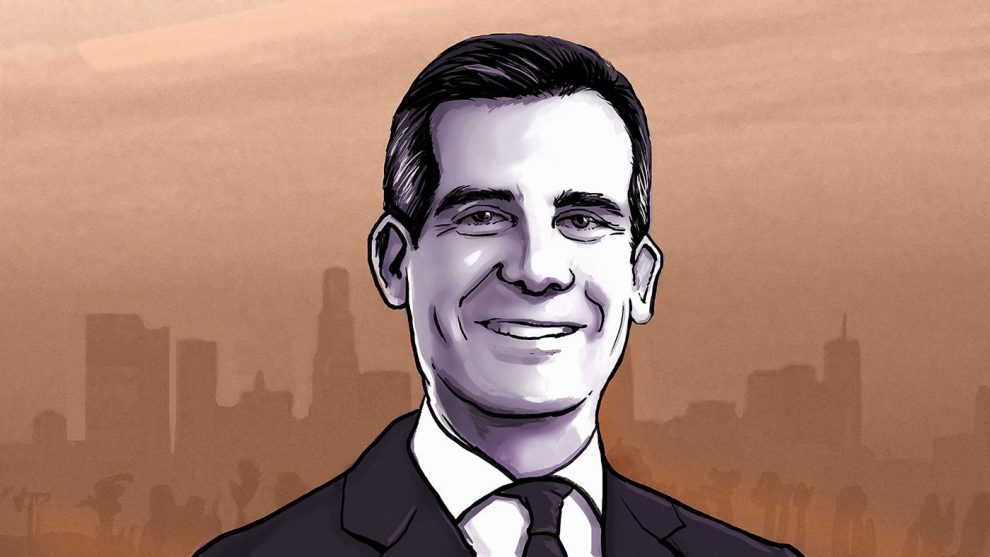 Los Angeles Mayor Eric Garcetti backed violent demonstrations in Portland, Oregon, on Thursday, referring to mobs that have attacked a federal courthouse as “the best of our democratic ideals” and slamming federal law enforcement’s response.

Demonstrators for racial justice represent the best of our democratic ideals. The President's unilateral deployment of federal forces betrays them — and does nothing to keep us safe.

L.A. stands with our friends in Portland.

Portland has been the scene of nightly violent riots for weeks. Black Lives Matter “protesters” have pelted officers with bottles, rocks, and bricks. The “protests” have included Black Lives Matter activists and members of the militant Antifa group.

Their latest target is the Mark O. Hatfield U.S. Courthouse, which they have vandalized and attempted to set on fire. Portland Mayor Ted Wheeler, who is also the local police commissioner, has done very little to stop them. In fact, on Wednesday night, he joined the rioters in solidarity — and was assaulted by members of the crowd as he left the area.

The U.S. Department of Homeland Security (DHS), acting pursuant to 40 U.S.C. 1315, has sent federal officers to Portland to protect the federal property.

Democrats have described the officers as “secret police,” citing the fact that they are not wearing name badges — though that is because Antifa often “doxxes” law enforcement officers, releasing their personal information online and targeting them in their private lives and at their personal residences.

Acting DHS Secretary Chad Wolf explained this week that the federal officers have identified themselves with police insignia.

In addition to violence, the protests in Portland have seen various other extreme tactics, such as using toddlers to convey obscene anti-police messages:

Toddlers and very young children are marched outside the Portland federal courthouse. They carry signs and say, “F— the police” on cue from the adults. One toddler does the black power fist. #BlackLivesMatter pic.twitter.com/Xr4ubMrKZs

Breitbart News asked Mayor Garcetti in a press briefing last week if new stay-at-home orders in Los Angeles would apply to protests as well. The mayor replied that outdoor protests were allowed if social distancing measures were taken. The “racial justice” protesters in Portland do not appear to be heeding that advice.

Several other Democratic mayors have joined Portland in opposing the presence of federal law enforcement agents in their cities, as President Donald Trump launched Operation Legend to fight crime waves that have broken out in the wake of nationwide unrest. The operation involves sending federal personnel to assist local law enforcement in restoring order.