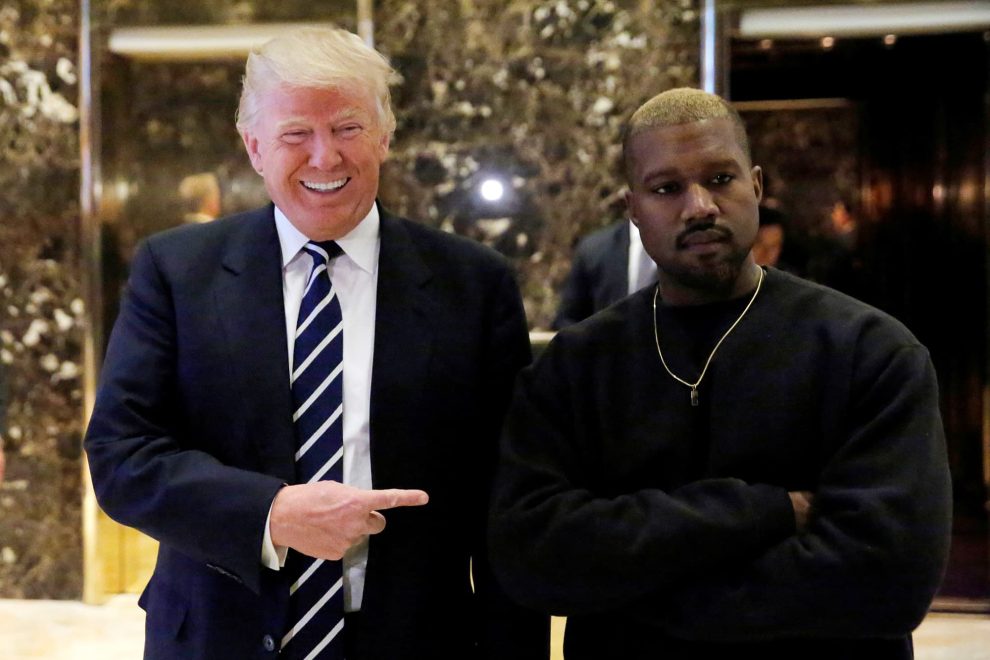 Kanye West is going to run for president again after his failed “campaign” in 2020. What that actually means in practice is anyone’s guess, but the rapper, recently caught in a series of scandals surrounding his antisemitism, went to Mar-a-Lago on Tuesday to ask Donald Trump to be his running mate.

That went about as well as you’d expect, and now Kanye has released a “Mar-a-Lago debrief” describing what transpired. Surprisingly, the video is fairly clean and safe to play at work.

Kanye alleges that he and Nick Fuentes, another rabid anti-Semite who I’ll get to in a moment, went to Mar-a-Lago to talk to the former president. That part of this has essentially been confirmed given video evidence and first-hand accounts that they were present on the property. What was said in the meeting is murkier because Trump’s team is refusing to comment (as of this writing). That means we are left having to take the word of Kanye, who is clearly suffering from deep-seated mental illness.

In his “debrief,” the rapper claims that Trump was “really impressed with Nick Fuentes,” gushing over him being a supposed “loyalist.” Kanye then asserts that he asked the former president why he didn’t free the January 6th prisoners when he had the chance.

That’s followed by a claim that Trump went into a spill about getting convicted drug dealer Alice Johnson out of prison. You may remember Johnson as the woman who eventually became the centerpiece of Trump’s criminal justice reform push.

The video then shifts to Kanye accusing Trump of saying something untoward about Kim Kardashian, though it’s bleeped out. Things then end with the rapper accusing Trump of yelling at him over his 2024 offer, asking “has that ever worked for anybody,” indicating that the beratement wasn’t effective.

But that begs the question of why they were even allowed on the property. I understand some are going to call this 56D chess and offer assurances that Trump knows what he’s doing, but I don’t buy it. I think the former president’s thirst to be around famous people once again became a liability here. The easiest thing in the world would have been to tell Kanye and Fuentes to kick rocks and head back to the airport. Instead, there is now an alleged contact point between Trump and Fuentes, a racist clown who was present at the white nationalist rally in Charlottesville.

Besides, Kanye himself isn’t worthy of being given the time of day either. The guy has become a disciple of anti-Semitic, far-left black nationalism that teaches black people are the “real” Hebrews. Trump should be running as far away from that garbage as he can, and he missed a golden opportunity to publicly oppose it. Instead, it’ll now be used as evidence for the next two years.

For everyone’s sake, I hope Fuentes was actually left in the parking lot and that Kanye’s claims about Trump being impressed with that five-foot-tall bigot are untrue. Still, it was a lapse in judgment to even feed into this setup at all. Kanye is not Trump’s friend. That he keeps treating him as one and being willing to give him private meetings is not helpful. A clean break has been way past due.