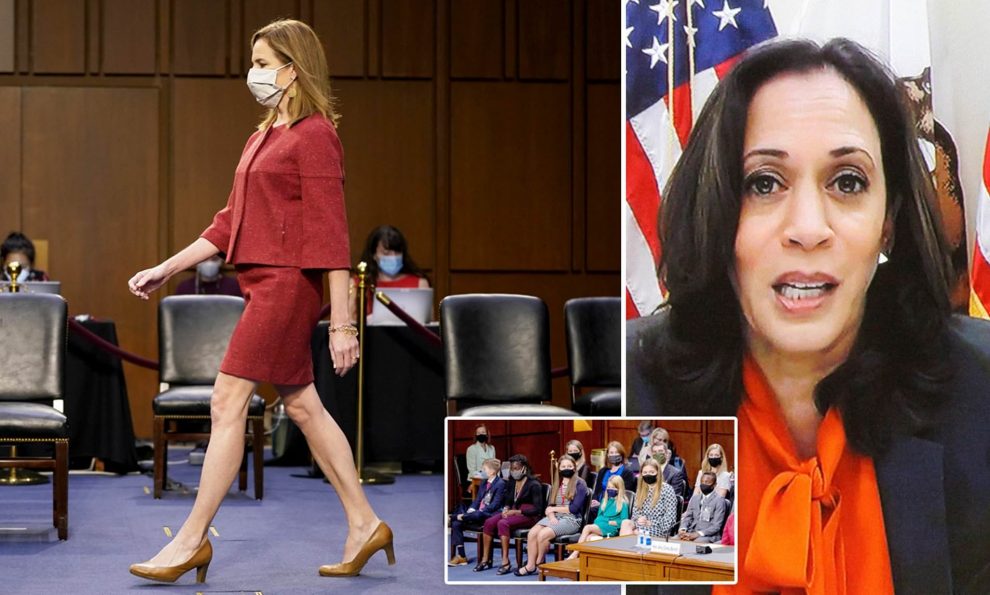 Democrat vice presidential candidate Sen. Kamala Harris (D-CA) called the Senate’s confirmation of Amy Coney Barrett to the United States Supreme Court on Monday “illegitimate” and vowed that the Americans “will not forget” the Republicans’ constitutional responsibility to fill the seat of the late Justice Ruth Bader Ginsburg.

Harris tweeted after a 52 to 48 Senate vote along party lines to put Barrett on the High Court:

Today Republicans denied the will of the American people by confirming a Supreme Court justice through an illegitimate process—all in their effort to gut the Affordable Care Act and strip health care from millions with pre-existing conditions. We won’t forget this.

Although the Democrats, who unanimously voted against the confirmation, claimed that the process to put Barrett on the court was hypocritical because the Senate refused to confirm Barack Obama’s nomination of Merrick Garland during his last year in office, the Senate, in fact, has the right to advise and consent on nominations if it agrees.

In this case, Republicans control the White House and the Senate, so the latter agreed to proceed with Barrett’s confirmation.

Others on the left decried Barrett’s confirmation as well, including the left-wing anti-Trump group Indivisible. Meagan Hatcher-Mays, Director of Democracy Policy at Indivisible, said in a statement:

Today, Mitch McConnell and his Republican cronies confirmed Amy Coney Barrett to the Supreme Court, tarnishing the legacy of the late Justice Ruth Bader Ginsburg, and undermining whatever remaining faith the public still had in the court as an institution. Despite Republicans’ attempts to obfuscate Barrett’s extreme record, let’s be clear: the Supreme Court is now under the control of six far-right ideologues who were chosen and confirmed not to administer justice but to administer wins to the Republican party.

“Amy Coney Barrett is a threat to the health and safety of millions of Americans,” the statement said, adding that the November 3 election of Joe Biden will serve as revenge for the confirmation.