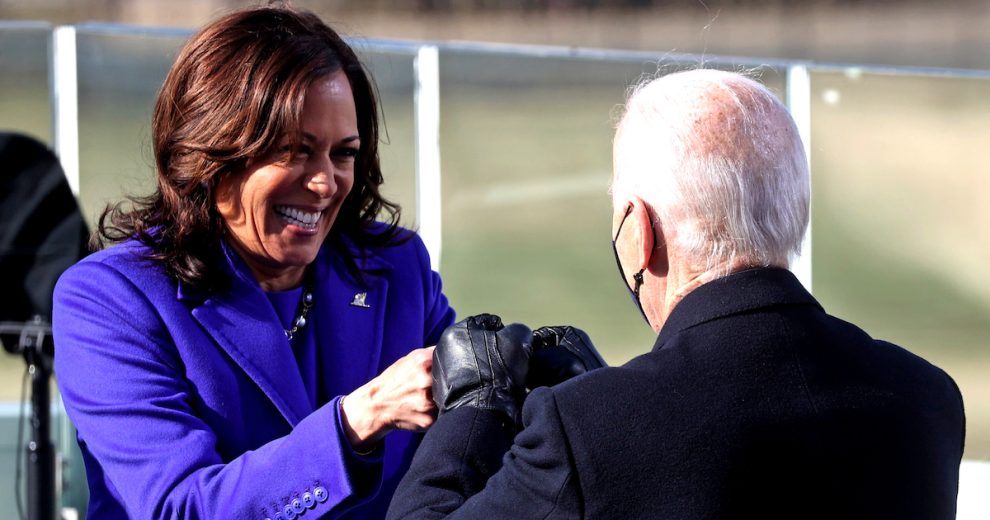 Vice President Kamala Harris could be appointed as the first black and female Justice of the U.S. Supreme Court, following news Wednesday that liberal Justice Stephen Breyer is to retire, allowing President Joe Biden to appoint a successor.

The retirement is timely, and would maximize the chance that Biden’s pick would be confirmed, ahead of a possible Senate flip to the Republicans in the 2022 midterm elections, and amid plummeting opinion polls for the president ahead of 2024.

Biden promised before the South Carlolina primary in 2020 — the moment he seized control of the race, thanks to black voters — and again at one of the last Democratic Party presidential primary debates that his first nominee for the Court would be a black woman.

Biden at 2/25/20 Democratic debate in Charleston promising to nominate a black woman to Supreme Court. ('Not a joke.') It was night before Clyburn endorsement; critical moment in Biden candidacy. https://t.co/1zNwyaogcI pic.twitter.com/7CO0VZOyLr

Unlike Donald Trump, who provided a list of potential appointees when he ran for president in 2016, Biden did not specify who his choices might be. There was speculation about Justice Leondra Kruger of the California Supreme Court; and Judge Ketanji Brown Jackson, who is a district judge in Washington, D.C., but no firm commitments.

However, Harris, who served as District Attorney of San Francisco and California Attorney General before being elected to the U.S. Senate and then as Vice President, would provide another option with a long, if rather controversial, legal résumé.

Nominating Harris could also help Biden and the Democrats solve the problem posed by Harris’s unpopularity. Biden faces questions about his mental and physical abilities, raising doubts about his ability to run for reelection in 2024, or even to serve out his term. Harris is even more unpopular than Biden, however, making her an unpalatable replacement for Biden.

By nominating Harris to the Court, Democrats could create an open slot in the Vice Presidency — and while they still have control of Congress, all it would take to confirm a successor to Harris would be a majority vote in both Houses, according to the 25th Amendment to the Constutiton.

Likely contenders include Secretary of Transportation Pete Buttigieg, who has struggled to deal with the basic responsibilities of his job but has been highly visible and is known to covet the presidency.