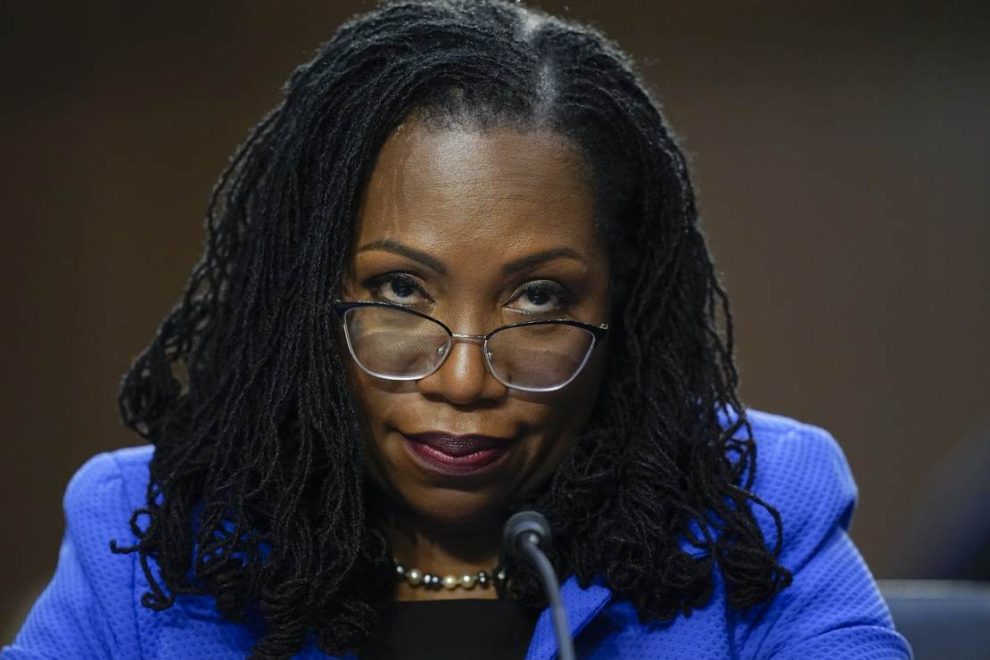 The left is thrilled with what they heard during the second day of oral arguments in the Supreme Court term from new justice, Ketanji Brown Jackson.

The case that was getting a lot of attention was an Alabama gerrymandering case, which they were claiming involved racial discrimination in voting policies, and therefore, was a violation of the Voting Rights Act.

The redrawn map had one majority Black district out of seven, even though Black voters account for 27 percent of the state’s voting population. The Court of Appeals ordered them to redraw the map, which likely would have helped the Democrats. But the Supreme Court took the case, which stopped the order until the appeal was heard.

In court Tuesday, Edmund LaCour, Alabama’s solicitor general, argued that the map was “race-neutral,” and that the order for a new map would put the state at odds with the Equal Protection Clause of the Constitution because it would have to prioritize race in redistricting.

Justice Jackson’s response was concerning, because it tracked right in line with the radical left’s “Equity” take, which the Biden/Harris team has embraced. We saw Kamala Harris get in trouble when she said the quiet part out loud, talking about Hurricane Ian and “giving resources based on equity.”

Now, Jackson said she didn’t think the 14th Amendment guaranteeing equal protection meant that you couldn’t take race into account, saying she didn’t think it was meant to be “race-neutral or race-blind.”

Justice Jackson tells the Alabama solicitor general that the Framers of the 14th Amendment did NOT intend it to be “race neutral or race blind,” so taking race into account to protect minority voting rights is perfectly constitutional. Progressive originalism at work. pic.twitter.com/aCXAq2CnJu

“I don’t think we can assume that just because race is taken into account that that necessarily creates an equal protection problem,” Jackson said.

She said the framers themselves adopted the Equal Protection Clause “in a race-conscious way.”

“The entire point of the amendment was to secure rights of the freed former slaves,” Jackson said.

Jackson, the court’s newest justice and first Black woman ever to sit on its bench, then cited the Civil Rights Act of 1866, “which specifically stated that Black citizens would have the same civil rights as enjoyed by white citizens.”

“I don’t think that the historical record establishes that the founders believed that race neutrality or race blindness was required,” she said. “That’s the point of that act, to make sure that the other citizens, the Black citizens, would have the same [rights] as the white citizens.”

In other words, it’s perfectly cool to consider race to push the particular outcomes that leftists want or to hold onto political power. So, it isn’t “Equal Protection” as the Constitution intended–it’s no longer “equality under the law” or “equality without discrimination”–but explicit race-based decisions.

There’s only one thing to call that: racist. And it would lead to a complete fracturing of the United States into real balkanization based on race. Everyone has equal voting rights, and no one is trying to prevent that. What Democrats are trying to do is jack districts to their political benefit; that’s what this is about.

Now, it’s likely that Jackson would be outvoted in this case by the real originalists on the Court. But, it’s an indication of how radical she is and how her choice is likely to adversely impact the Court.